‘Night of the Sicario’: A God-Fearing Violent Drama 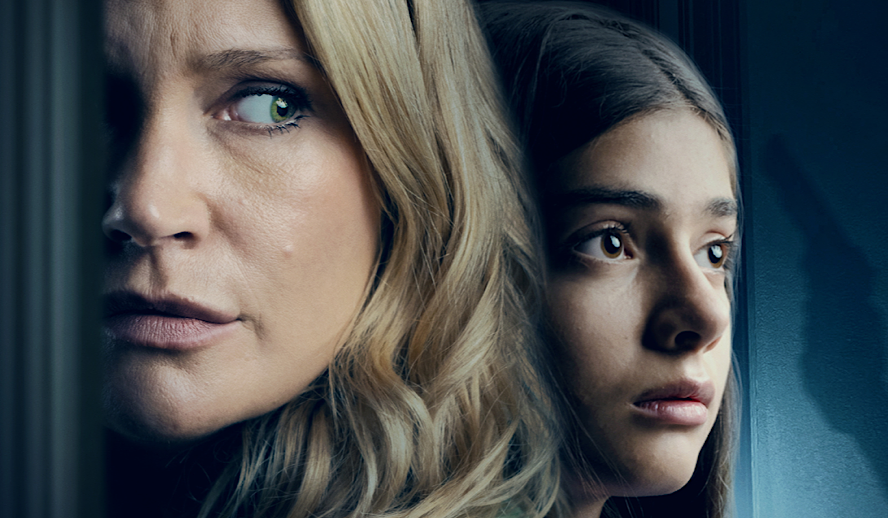 Photo: ‘Night of the Sicario’/Saban Films

‘Night of the Sicario’ stars Natasha Henstridge, a former model turned actress, as a resourceful owner of an assisted living facility. In this movie, Henstridge plays a down-to-earth, regular woman who finds herself in an extraordinary situation. She’s a struggling owner of a facility made specifically for elders when a chance encounter with a DEA Agent (Costas Mandylor) throws her life into turmoil.

Mandylor brings with him the family of witnesses for a drug cartel case, Amelia (Addison Kendall) and Francisco (Martin Peña). After having been shot at and hurt, the group takes refuge in Henstridge’s building. However, when the dangerous cartel sends assassins after them, Henstridge gets more than she ever asked for. Action-packed, violent, and bloody, ‘Night of the Sicario’ lives up to its namesake visually.

In ‘Night of the Sicario’ director Joth Riggs tends to focus more on gritty action than the heart of the movie, the story. Because of this, the emotional connection between the characters and the audience is weakened and almost completely severed at points. Henstridge is brilliant and manages to hold the film on her shoulders while Kendall also manages to give a bright performance.

The action scenes are exciting, don’t get me wrong, but the movie focuses on its use of blood and action too much. There’s a lot of stunts, including a car crash, that happen in ‘Night of the Sicario’ and are interesting to watch. However, Riggs seems to care too much about the visuals of his movie and not the basic mechanics. Some of the story has plot holes and a lot of characters aren’t as developed as they could be. If Riggs had given half of his attention to the actual story, the movie would’ve been ten times better. Since his attention is so split, his directorial debut suffers because of it.

Utilizing Religion As A Key Concept

An interesting thing ‘Night of the Sicario’ does is utilize the theme of religion throughout the movie. While on paper this movie may seem one-dimensional, religion and religious beliefs are a huge part of this film. There are quite a few scenes where Henstridge mentions God or refers to her faith in him, especially as things get direr in the movie. It’s a device that instantly catches your eye, specifically because the film seems like it would be about anything but that.

The religious aspect of the film creates another layer to the characters and shows they have a common belief. Although many butt heads and bicker, they share common goals that drive them to work together. Religion also helps bind Henstridge and the elders living in her building as they fight to protect Kendall from the assassins. This shared denominator allows the characters to form relationships with each other and shows that there’s something bigger going on. Many times the faith-based material that’s shown is more thoughtful than overbearing, but at times it is a bit much. Still, it’s nice to see that everyone realizes the situation is bigger than a trial and the thought of an Almighty knocks a lot of sense into different characters.

Falling Short On The Mark

While there are a lot of highlights about ‘Night of the Sicario’ there are also a few glaring issues. The biggest problem this movie faces are the issues in its story and how some things don’t translate to screen as well as they should. For instance, the villains in the film, albeit at first dangerous, are easily fooled as if the movie was a cartoon. The stakes aren’t as high as Mandylor’s character makes it out to seem and the villains never seem that upset when a plan falls through.

Another issue with the story lies in the development of character. Child actor Kendall proves herself in this film, but some things don’t add up. She doesn’t grieve properly or at all, a shocking thing especially when Kendall loses her mother within the first thirty minutes of the movie. Sure she’s scared, but there’s never a big blow-up or anything. It’s as if nothing happened and life keeps moving on.

Kendall is fantastic with the material she’s been given and her acting skill is tremendous for her age. You truly feel her fear and her anxiety in every part of the movie. The realness of Kendall combines with Henstridge’s idealism and creates a unique bond between the two. They’re both widely different in age and interests but bond together in the midst of this drama. Henstridge is the first one to really reach out, but manages to take Kendall under her wing in the movie. By the end of the film, it’s as if Henstridge and Kendall are a family of their own.

The star of ‘Night of the Sicario’ is undoubtedly Henstridge, who has been acting for more than two decades. Before she was an actress, she was a successful model and made her debut on the French version of Cosmopolitan at age 15. She modelled for another five years before changing her career’s course and becoming an actress. Her debut was in ‘Species’ and became an instant hit in the United States.

After ‘Species’ Henstridge’s career took off and she began a series of starring in action-movies or thrillers. Many of her films were indies before she started to branch out into television work. For the last decade or so, Henstridge has mainly been a part of the supporting cast of characters on television shows and supplemented extra work on features. ‘Night of the Sicario’ sees Henstridge return as a leading character and command the screen.

Since her first film debut, Henstridge has stayed busy while also working. She’s been married twice as well as had two children. Also, Henstridge has won a couple of awards for her work, including one from MTV after her acting debut. With such a busy schedule, it’s been wonderful to see her finally return to the big screen and even better to see her as a lead. In such an ever-changing industry, it’s nice to see actors and actresses who are able to maintain long careers. They may be dabbling in other sectors other than feature films, but they’re still perfecting their craft and working at it, truly, there’s nothing better than that.