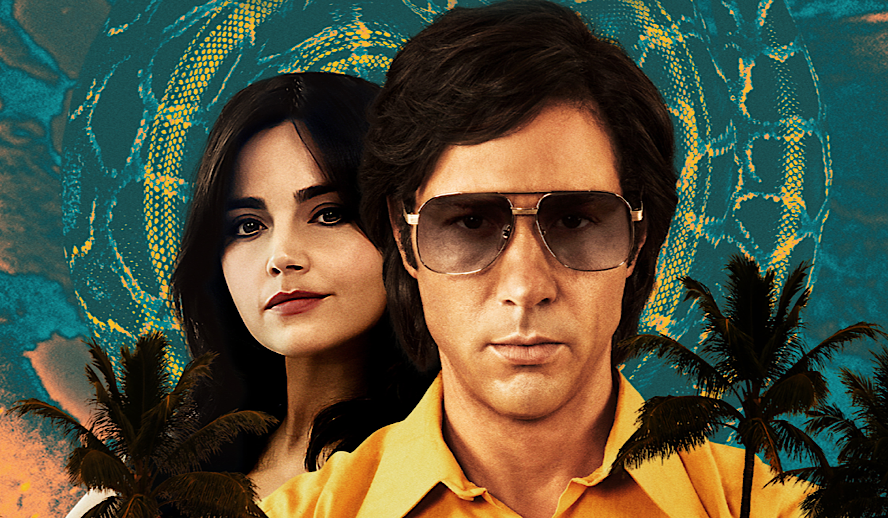 In the last 20 years or so true crime has become an increasingly popular form of entertainment, with people flocking to documentaries, films, and television shows about serial killers and large crime sprees. Netflix, in particular, has capitalized on this popularity, offering a wide range of true crime entertainment with documentaries such as ‘Casting JonBenet’, films like ‘Extremely Wicked, Shockingly Evil, and Vile’, and shows such as ‘Making a Murderer’, all of which have been extremely successful and were very well done. However, their newest entry into this genre, the limited series ‘The Serpent’, does not meet the same mark as the rest of what Netflix has to offer.

‘The Serpent’ follows the true story of a series of murders committed between 1975 and 1976 by Charles Sobhraj (played by Golden Globe nominee Tahar Rahim) in the part of Asia known as the “Hippie Trail”. Posing as a gem dealer alongside his girlfriend Marie-Andrée Leclerc (Jenna Coleman) and friend Ajay Chowdhury (Amesh Edireweera), they would use that business as a cover for finding their targets to murder and take their passports and personal documents as a means of not getting caught. Dutch diplomat Herman Knippenberg (Billy Howle) makes it his goal to catch these three after two Dutch citizens turn up dead and are reported to the Dutch embassy where he works in Bangkok and ultimately winds up catching Sobhraj.

‘The Serpent’ Ignores The Question That Fuels True Crime

One of the problems with ‘The Serpent’ is that it evades the one thing people want when they go into watching true crime: a motive. Generally, people want the answer to all four of the big “W” questions (what, when, where, and why) and while this show certainly answers the first three questions in great detail it leaves one wanting much more for the fourth one.

‘The Serpent’ does not hold back when it comes to showing how Sobhraj murdered his victims in a gruesome and painful manner several times. It also shows in great detail interactions with his victims prior to their untimely ends, with him pitching jewel sales to them, luring them to his home for a “vacation”, throwing them a grand party and treating them like prized guests, and then poisoning them when he is done with them. They show in some cases, not all of them, how he got rid of the body and how the bodies were found.

They show us the murders, when they were done, where they were done, and how they were done but never answers why they were done. When I go into a true-crime show I go into it because I want more backstory to the crimes; I want to “understand” why these atrocities were committed and how someone could possibly do this and feel no remorse all these years later (Sobhraj is still alive and serving a life sentence for one of the 1975 murders after being convicted in 2003) and ‘The Serpent’ does not provide that.

An important element of telling a good story is pacing it well. That does not mean it has to be linear, but it does at least need to be told in a way that a viewer can fairly easily track and understand what is happening and this is a problem ‘The Serpent’ suffers from. The majority of the episodes feature flashes to different periods in time and while they usually label these jumps, many times it was labeled through months and would jump around to several different periods within a single episode. This kind of time jumping makes the story confusing, especially because it made it more difficult to establish characters in a meaningful way.

The other key thing about pacing a show well is distributing the action over the course of the episodes. Much of ‘The Serpent’ backloaded the important parts of the plot, waiting until the last two episodes to streamline what was happening and clarify the actions of most of the characters and the plot did not really start making sense until around episode four when more of the characters from each time jump began to interact with each other. I understand wanting to tell this story using time jumps and wanting to keep the viewer on their toes a bit but considering that the outcome is already known since this is a true story and the time-hopping makes the story more confusing. I do think using a more linear plot would have helped space out the action better and provided a more streamlined and understandable plot.

‘The Serpent’ is a show that has so much promise. The performances given by each of the actors is superb despite not having the best material to work with, especially Rahim, Coleman, and Mathilde Warnier as Knippenberg’s informant from inside of Sobhraj’s operation. The show does have strong moments that are quite captivating, but they do not come as frequently as one would hope with the kind of show this is supposed to be.

However, sometimes it is hard to really appreciate those excellent moments when so many moments before them have confounded the viewer. Had the majority of the story been told in a more linear fashion, the way the last two episodes were done, then it might have been easier to find this a compelling and enrapturing limited series. Had some more questions been answered in the series this may have been a more enlightening series. However, neither of these were done and a series with much promise was unable to live up to the expectations.