The Winner’s Journey: Nawazuddin Siddiqui – From Security Guard to One of the Greatest Actors in Hindi Cinema 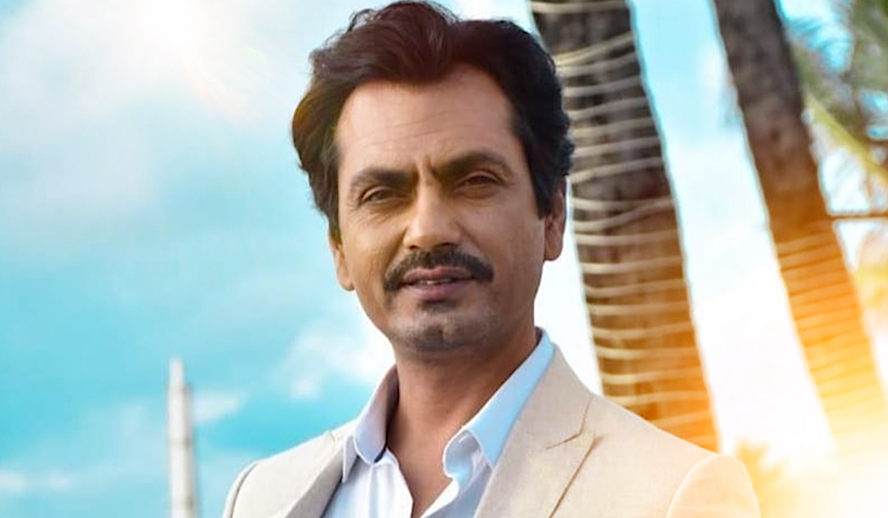 When you think of a traditional Bollywood “hero”, what image comes to your mind? A lighter-skinned, tall, conventionally handsome actor who inspires romantic fantasies in his audience. For decades, Bollywood was centered around the genre of romance with only stereotypically good-looking actors in the lead roles. There was no place for a performer who does not fit this mold to be cast as the lead character in Bollywood movies. Then came along a man from a small village in North India, and shattered that mold.

Nawazuddin Siddiqui has become one of the most respected and sought-after actors in the industry. The unique selling point of his brand is that he is able to make commercially successful movies while holding on to the quality and standard of performances typically seen in critically acclaimed movies. There is a magic in his performance that makes him stand out amongst a sea of more traditionally good-looking Bollywood heroes. When he’s on-screen, all eyes can’t help but gravitate towards him. In this piece, we will take a look at his more than humble beginnings, along with how he made it up to become one of the topmost bankable stars in the business.

Nawazuddin Siddiqui was born on May 19, 1974, in a small village called Budhana in Uttar Pradesh, India. His family were farmers by trade, as that was the popular occupation in his birthplace. Growing up with lesser prospects and violent surroundings, he knew early on that he wanted to get out. Despite their financial circumstances, his family was able to move out to a place where he and his seven siblings would have better access to education.

He followed the traditional path initially like every Indian child is expected to. After the completion of his education, he took a traditional stable job as a chemist in a bigger city to keep himself financially secure. Still, his love of theatre, which he had developed while he was in school, prompted him to join a theatre group in Delhi. Since theatre did not pay enough for him to follow his passion for acting, he took up a job as a security guard to make ends meet. To hone his skill further, he enrolled in the prestigious National School of Drama in Delhi. He continued to work in Delhi after graduating, before deciding to take the plunge and move to the City of Dreams, the home city of Bollywood – Mumbai.

Bollywood is a notoriously familial industry. Breaking into it as an outsider requires an extreme amount of talent, patience, and determination. He struggled to make ends meet, even though he expected to find work easier in the film capital of India as compared to Delhi. He received small roles as an extra and a background actor which did not pay enough to be sufficient to live off. At one point, he was so financially strapped that he asked to live with a senior from his college, National School of Drama, on the condition that he would cook meals for him. No matter how hard things got, he never gave up on his dream. He has talked about how he felt a higher pressure to succeed since he dared to dream so big while being from a small town. People back home ridiculed his dreams, and he felt that he could not go back until he proved them wrong.

He started his Bollywood career with a small role in superstar Aamir Khan’s 1999 film, Sarfarosh. He continued on doing small parts in movies such as Munna Bhai M.B.B.S. (2003) and in the popular crime show, C.I.D.

His first break came with Anurag Kashyap’s Black Friday (2004) which was based on the 1993 Bombay blasts. Anurag Kashyap is known to favor talent over legacy or looks; he cast Nawazuddin in his movie as Asgar Mukadam, the secretary whose information helped break the case. He worked with him again in his 2009 movie, Dev D. Nawazuddin continued to do smaller parts in big movies such Aaja Nachle (2007), New York (2009), and Peepli [Live] (2010) until he finally landed his true big break in 2012, the year that changed his life.

2012 was the year he did major roles in three movies, all of which went on to become huge successes and finally put him on the map. The first movie was Gangs of Wasseypur with his longtime collaborator Anurag Kashyap, where he played one of the leads in what is now one of the most critically acclaimed, cult-classic Bollywood movies ever, given a vote of praise by legendary director Martin Scorsese himself. He also played the intimidating Intelligence Bureau officer, Mr. Khan, in Kahaani, in which the commercial, larger audience took notice of him. His third big role was Tehmur in the Aamir Khan and Kareena Kapoor starrer Talaash. These three movies flung him into stardom, and he hasn’t looked back since. Moving forward, he has starred in box office-breaking movies such as Kick (2014), Bajrangi Bhaijaan (2015), and Raees (2017).

Nawazuddin is a league apart from anybody else currently in the industry. His career is comparable only to the late Irrfan Khan, who tragically passed away in 2020. What is so unique about him is that he has commanded the respect and loyalty of the Indian audience with nothing except his raw talent. Bollywood stars are usually famous due to their familial connections to older stars, as people are excited to watch the son, daughter, niece, or nephew of their favorite stars on screen. The actors with serious, legitimate talent are relegated to smaller, festival-entry work.

This trend is being challenged by stars who have worked their way into the limelight without connections such as Radhika Apte, Rajkummar Rao, and Vikrant Massey, coupled with the rise of streaming content in India. Nawazuddin Siddiqui is the one who can be credited with this enormous shift in respect for talent over lineage/looks, and he paved the way for many others in the industry.

Nawazuddin Siddiqui is now an A-lister in his own right. He commands leading roles in movies that were previously only reserved for the traditional Bollywood star. He has carried successful movies such as Manjhi (2015) all on his own. His recent highly successful work is the Netflix original series Sacred Games (2018), which is loosely credited with bringing about the streaming service era in the Indian market. He can be seen most recently in two new Netflix originals, Raat Akeli Hai (2020) and Serious Men (2020).