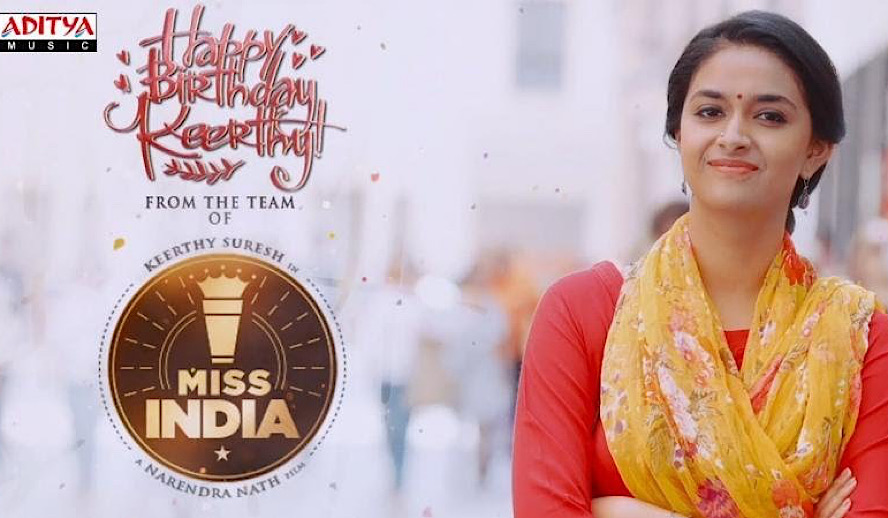 The fight for equality for women has come a long way, with the current third-wave feminist movement. Retractors of the fight are of the view that a large-scale effort is not warranted anymore; that women have every right that a man has in the present day. In reality, women are still held back on many levels, bogged down by each culture’s norms of the expectations from their gender identity. There are still cultures in the world where a woman starting her own business is considered a nonconformist concept. However, nothing beats a woman’s drive, ambition, and determination to prove her disparagers wrong.

Miss India (2020) is an Indian drama film in the Telugu language, which is the regional language of the states of Andhra Pradesh and Telangana. The movie is written and directed by Narendra Nath and is his debut film effort. It stars Keerthy Suresh in the lead role, who is a National Award-winning actress, which is equivalent to an Academy Award in India. It also stars veterans of the industry such as Nadia Moidu, Jagapathi Babu, and Rajendra Prasad in supporting roles. The story is centered around a young woman named Manasa Samyuktha (Keerthy Suresh) from a middle-class family in India who rises through the ranks and establishes a highly successful chai business in America. The movie was recently released worldwide on Netflix.

Related article: ‘A Suitable Boy’: Can this Magnum Opus be Condensed into a Series?

‘Miss India’: Women empowerment, but not all the way through?

The first half seems like the movie is going in the direction of being a socially conscious piece, with scenes depicting the sexism commonly faced at home by women with ambition. The subject matter at its core has potential, accurately tackling the pressure for choosing marriage over a career on women in India. The script also astutely points out a glaring issue in a common belief system in middle-class Indian households; that a woman should be educated but only so she becomes desirable enough to be a suitable wife for a man looking for an educated addition to his family. It also realistically profiles the lead character and her attributes, such as her determination and ambition which we are shown as her inherent qualities from a young age. The depiction of the plight of a middle-class family is spot on, as the father carries the financial burden while hiding his stresses, which is a familiar scenario for many families. Unfortunately, this is where the realism ends.

The second half veers into a fantastical version of the story which loses the audience. The writer peppers the script with setups for scenes whose dialogues he hopes become slogans for women empowerment. Nath seems too focused on his message of equality for women, so much so that he forgets to develop the characters and plot points effectively. In the second half, somehow, Manasa’s brother is able to land a job in America right after graduation that pays well enough for him to afford a villa in San Francisco, as well as immigrate with his entire family in tow. Moving from a small village in India to San Francisco is undoubtedly a huge move and bound to cause culture shock, but these serious issues are glossed over with only a singular scene in a bar. Manasa’s study towards an MBA degree is not covered, as well as the finer points of what it takes to run a business. The movie feels rushed and hurtling towards the end, without justifying how it got there well enough.

The finer points of the script go against what the movie’s actual messaging is supposed to be: women can do anything a man can. Throughout the movie, we see Manasa deal with misogyny in her home as well as in society. The misogyny at home is accurately portrayed and Manasa’s way of dealing with it is also rooted in realism. However, for no clear reason, the misogyny in the outside world is something Manasa does not deal with effectively, but instead, takes advantage of for her betterment. Her friend Vijay (Naveen Chandra) who clearly has a romantic interest in her happens to be her interviewer for a job which she happily accepts, despite it being clear that he has only hired her because of his personal feelings.

Kailash Shiv Kumar (Jagapathi Babu), her competitor and owner of KSK coffee, gives her money to demean her ambition of starting a business, which she gladly accepts as investment capital. Vikram (Sumanth Shailendra), a venture capitalist who ends up investing in her business, also turns out to have a romantic interest in her. While she rejects their advances for marriage, she somehow does not have the insight to understand why they are helping her at all. A woman of Manasa’s experience and intellect should realistically be able to identify these feelings and have the determination to not accept things that are handed to her for ulterior motives. These elements of the script end up taking away from the original messaging and corrupt the writer’s intended message.

The eternal battle of Indian cinema: “masala” vs. critical acclaim

The movie seems to be bogged down by the fatal flaw that most Indian movies go through: trying to be socially thought-provoking as well as commercial at the same time. India’s entertainment content is as divided as the disparity between the urban and rural communities. There are two main categories most content pieces fall under: the first one being a “masala” category, which is an Indian term for light, commercialized cinema which makes a lot of money in the Indian market; and the second one being the more thought-provoking category, which usually appeals to the smaller, urban population and is not as commercially successful. There are few movies that are able to achieve commercial success while holding on to their core profound messaging, such as PK and Dil Dhadakne Do.

The movie’s setup has a lot of potentials but fails to deliver due to its confusion between being a “masala” feature vs. a movie with depth and a social message. It starts off as part of the second category, but changes course and aims to incorporate “masala” elements like the sensationalized rivalry between KSK and Manasa to commercialize the film. This ends up affecting the integrity of the intended message of the writer and renders the movie an unsatisfactory effort towards a well-meaning goal.