‘MasterChef’ is Back to Win! | Season 12 Premiere 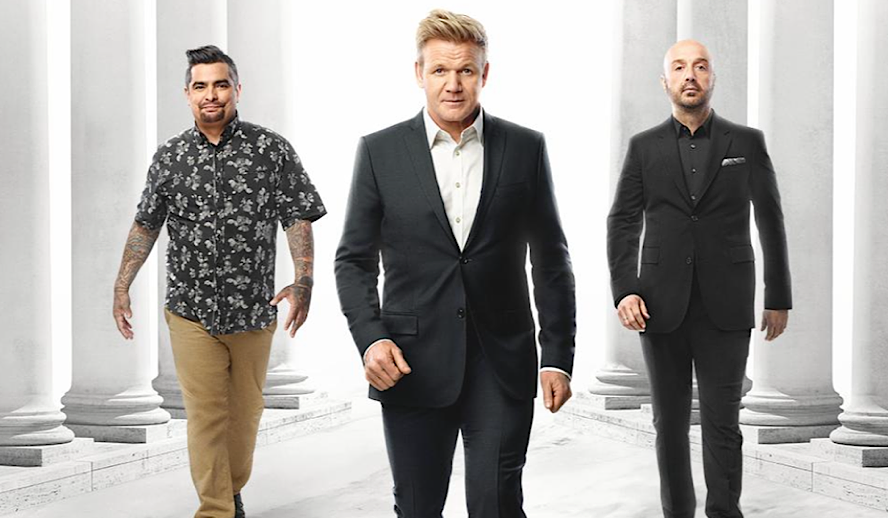 Following in the footsteps of Gordon Ramsay’s other hit cooking competition show ‘Hell’s Kitchen’, the less aggressive but equally, as Gordon-filled ‘MasterChef’ has finally dedicated a season to exclusively returning contestants.

If you thought Derrick was robbed, if you miss Tommy, and if you want to see MasterChef Juniors all grown up, season 12 looks like it will scratch your every itch!

Like many ‘MasterChef’ premieres, we get a three-parter. But this time, instead of amateur home cooks, we get to see all of our favorites from the past 11 seasons cooking in hot head-to-head auditions for a spot in the final 20!

In the first part of this premiere, which aired Wednesday 8/7c on FOX, we saw four returning contestants walk into the MasterChef kitchen ready to duke it out in front of Gordon Ramsay, Aarón Sanchez, and Joe Bastianich. But we only got to see 12 compete in this first 42-minute episode.

They set up the battles in fours: Four chefs go to their cooking stations, cook their dishes, bring their dishes to the MasterChef restaurant for judging, and then only two get aprons and get to enter the competition officially.

These first few battles have set the tone for what I expect from the next episode: Everyone has a fire under their butts. From the ones that went home in 13th place to the ones who made it all the way to standing under the confetti next to the winner, each returning chef wants to claim the title that slipped through their first time around.

Your Favorites are Making A Comeback!

As mentioned before, some of our favorites have returned to audition for a spot in this all-star season. It was exciting to see so many familiar faces and hear what they’ve been doing since their seasons, especially those that didn’t make it all the way to the end:

In the first episode of the auditions, we see the return of season 6 first runner-up Derrick, a former drummer turned private chef whose rockstar roots fuel his insatiable appetite to win, Shanika and Emily, two women from season 9 with a rivalry they’ve maintained for 5 years, the lovable and charming season 7 first runner-up Brandi who now runs her own business Southern Flair, Amanda, who was eliminated from season 6 on a baking challenge and then went on to open her own bakery, and more!

But in the background of the heated stovetops, sitting in the stands, are other beloved and memorable faces: Big and sweet soul food chef Willie from season 5, fabulous designer Tommy from season 6, light-hearted Bowen from season 9, and season 6’s hardworking no-nonsense Shelly. And there are even some returners from ‘MasterChef Junior’!

‘MasterChef’ Juniors are All “Growed-Up”!

I think the most exciting part about this season is the contestants returning as grown-ups from ‘MasterChef Junior’, the spin-off of ‘MasterChef’ featuring only kids from ages 8 to 13. And now, some of them are all grown up!

‘Junior’ season one’s 1st runner-up Dara Yu is back and no longer an adorable 9-year-old: She’s 20 and a graduate of the Culinary Institute of America who offers a cooking class at City Harvest, starting her own project “Dine with Dara”, and has an Instagram full of delicious and perfect-looking meals.

But she’s not the only one we got a glimpse of in the season premiere: Shayne Wells, aka Shayne the Train, was 13 years old when he placed in the top three of ‘MasterChef Junior’ season 5. Now 18, Wells has continued cooking and is on his way to potentially run with the adults on season 12!

Although each of these contestants has been judged by Ramsay, not all of them have met Bastianich (he was gone from seasons 6 to 8) or Sanchez (who joined the cast in season 8). Some were judged by Bastianich and Graham Elliot, the two original co-judges, some were judged by Christina Tosi seasons 6 through 8, and all of season 7 had a series of special guest judges alongside Ramsay and Tosi.

It’s a bit of a bummer to not see these contenders return to be judged by their original judges. It would be nice to see all of their growth witnessed by all three of their OG mentors. However, each cook will still be getting critiqued by three exceptional chefs and walk away being better for it.

It’s Clear: Everyone is Back to Win!

In this first episode, I’ve gotten pretty much everything I’ve wanted in an all-star premiere: fan favorites and their families, updates on contestants’ lives since their seasons, a mashup of personalities, gorgeous looking food, grown-up juniors, and sports-like commentary from the judges as the competitors cook for their shot at an apron. I can’t wait to see which contenders make it to the top 20, which one wins the title, and which one impresses Wolfgang Puck the most! I look forward to seeing the next two premieres and the rest of the season.

‘MasterChef’ season 12 is on every Wednesday at 8/7c on FOX. Available to watch on Hulu the day after.