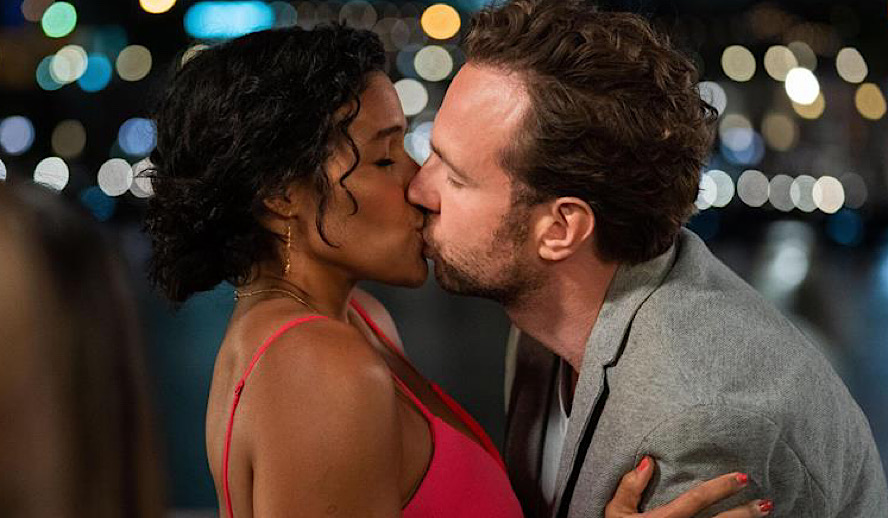 I have recently had the pleasure of viewing the Australian romantic comedy and science fiction film, ‘Long Story Short’. The film was released July 2nd of this year, and despite receiving 6.5/10 stars on ‘IMDb’ and a 41% on ‘Rotten Tomatoes’, it already has some promising written reviews from critics. ‘Long Story Short’ has been both distributed and produced by the Australian production company, ‘StudioCanal’, amongst other international companies such as ‘Screen Australia’, ‘Create NSW’, ‘Saban Films’, and ‘Spectrum Films’. The film features well known English actor, Rafe Joseph Spall who is better known for his roles in films such as, the 2012 epic, ‘Life of Pi’, the 2012 sci-fi/ horror film, ‘Prometheus’, and the 2019 revival of action/ sci-fi film, ‘Men In Black: International’, amongst many other recognizable productions.

Spall’s on-screen companion is played by Australian actress, Zahra Newman. Newman has had roles in her fair share of dramas such as the 2020 romantic drama, ‘I Met a Girl’, and the 2019 comedy, ‘Diary of an Uber Driver’. The film’s director, Josh Lawson, is primarily an actor himself, as he not only played a small role in ‘Long Story Short’, but he is currently playing the role of Kano in the 2021 ‘Mortal Kombat’ film. I made the mistake of assuming that this film was low-budget, or amateur, just because I hadn’t recognized any of the actors initially. I was humbled and educated once I realized that this was not an American film. I then became worried about how I could access this in theaters near me. No need to fear, the internet saved me from a long trip, again.

‘Long Story Short’ – Catch It In Theaters, or Through Streamers

I am so fortunate that I was able to access this movie on the digital video store, and streaming service, ‘Vudu’. The film was not free, but it was available to rent for only seven dollars. There was also the option to buy this film for thirteen dollars. I was pretty surprised to see that it was even available for streaming, considering it has just been released in theaters. I believe that this is due to the ongoing covid restrictions with theaters, causing the production to find different avenues for revenue. The story follows a serial procrastinator by the name of Teddy, who is newly married to his wife, Leanne.

A strange curse is put upon him which forces him to jump through time. Teddy jumps exactly one year ahead, on his wedding anniversary, every few minutes. What starts off as a mild confusion, quickly reaches a point of hysteria with each anniversary that passes. He recognizes all of the important milestones he has missed. He watches as the relationships most important to him, fall right through his fingertips without him having any control over it. Despite all of his despair, Teddy must pull himself together, and come up with a plan to reverse the hands of time, and win his life back.

Initially, what drew me toward this film was the idea of incorporating science fiction elements into a romantic comedy. I’m sure it is not the first to have blended two completely different genres in this way, but it was an idea that I personally found that to be really unique. I  wondered how the writers and producers would go about formulating this story, and whether or not they would be able to pull this off. What kept me interested in this film was the amazingly talented actors and actresses. One of my favorite things about an actor’s performance is subtlety. The leads of the film had a chemistry that felt almost too realistic for comfort. So, when they aren’t in a good place, it feels much more heart-wrenching and impactful for the viewers.

I was so grossly immersed and invested in both their marriage and Teddy’s personal journey throughout the years. This is probably the first time I have ever rooted for a couple since reading ‘Romeo and Juliet’. So, yes. It has been a very long time since I’ve actually felt the romance in a romantic film. The credit can’t go to just the talent, though. The writers did an awesome job with the storyline and the dialogue, while the director brought the vision to life. Typically, romantic comedies follow couples that are in a very complicated, and toxic entanglement, if you will. However, This film demonstrates a very realistic, wholesome, loving dynamic between the two lovers, despite their shortcomings. It was very refreshing to see, especially between an interracial relationship.

There’s Much To Take Away

So, to make a long story short, I absolutely loved the film ‘Long Story Short’. Sure, it reminded me of other films I’ve seen, for instance, the 2006 comedy ‘Click’, starring Adam Sandler, ‘Groundhog Day’ starring Bill Murray, or even ‘Palm Springs’, starring Andy Samberg. However, I would say that this film felt more meaningful than the others. It was meant to be comedic, but there was something about the protagonist’s hopelessness as he realizes his life is falling apart, that deeply resonated with me. I know I say this about a lot of different films that I review here, but it is always true.

I was not expecting to like this movie as much as I did. It made me genuinely laugh, and at moments, I genuinely teared up as well. The film has received nothing but great reviews from others who have watched it, and I am honestly glad to see it. It is so easy to get caught up in our day-to-day lifestyles, that it becomes so easy to lose sight of what really matters. This film offers a great lesson on the importance of realizing what you have in front of you before it is too late. We cannot waste any moment with our friends, families, or significant others. I definitely feel inspired to just do something after watching this film, and I am sure others would be able to relate. I would recommend this film for a laugh, and a lesson.