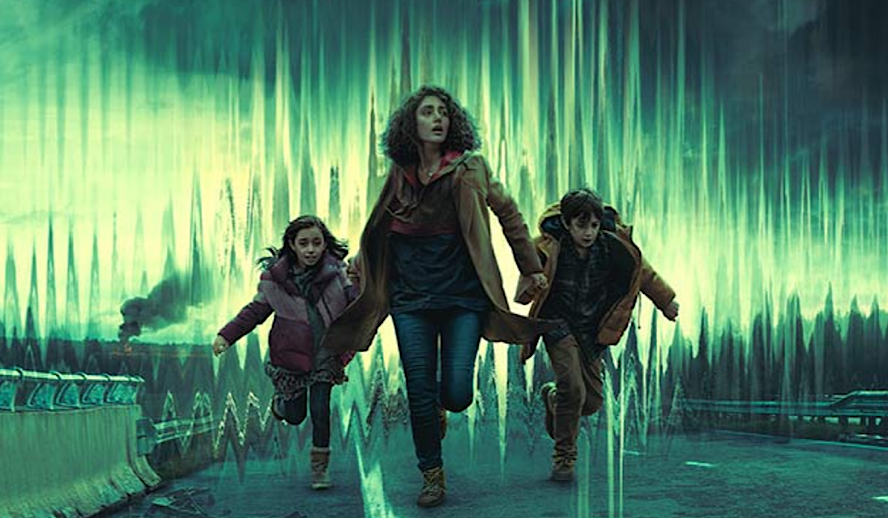 Sci-fi is one of the leading genres in the film industry, although achieving a great story without heavy cliché nowadays feels extremely hard. The genre gives space for the story to be carried literally out of this world, top it off with flying pigs, and we will still eat it up as something that could be real. This genre tends to be one that can accomplish the unexpected in the best of ways.

For example, ‘Interstellar’ is one of the best movies I’ve seen. And although the premise starts like many other movies about space, the resolution was utterly mind-blowing, and please don’t even get me started about the score of the film. From time to time, films attach clichés that help tell the story, but usually, these clichés are twisted, deleted, written, and re-written to find a unique way of being told. ‘Invasion’ Apple TV’s new Sci-fi series is no different. The story carries a few clichés that are then killed into something unforeseen.

‘Invasion’ is a sci-fi ten-episode series that follows the life of several people around the world who are about to be invaded by something out of this world.

‘Invasion’ – Wasn’t This With Tom Cruise?

The studio logo comes out of the screen, and the face of Sam Neill begins to grace the small screen of our TV wearing a sheriff uniform while walking around a small town. Cliché? Maybe. If you happened to have been walking past the TV, you get the sense that you’ve probably seen “this one” before. As the first glimpse of ‘Invasion’ takes you on a sort of déjà vu but with entirely different faces. “Wait, wasn’t Jake Gyllenhaal in this one? Oh, I remember now. It was actually Tom Cruise!” You might sit there staring for a few minutes, wondering where you saw it. But then you realize this is a show, and there are ten more episodes to go.

And yes, you were right, it was the one with Tom Cruise. ‘Invasion’ was heavily inspired by the book ‘War of the Worlds’ by H.G. Wells. Tom Cruise starred in the film version of this book back in 2005, with little Dakota Fanning being carried around protected by her handsome father. But one of the many differences found in this series is that ‘Invasion’ inspires intrigue. From the beginning, there’s a horrible sense that something darker is coming. Besides leaning towards the unparalleled, it appears as if the story has something else to say.

Sci-Fi Background Is In The Creator’s Back Pocket

The creators come from a background of many sci-fi films, having ‘The Martian’ in their back pocket. The series lead was the beautiful score that serves as a connector between the stories and realities shown. Although ‘Invasion’ is filled with scenes that lead with silence and soft whimpers, the story evokes plenty of feelings from early on. ‘Invasion’ seems to rely on quietness, often encountering that silence is the perfect and only tool needed to draw the scene and the story. You could say that silence is the score’s co-star, as the episodes tend to flow together with both. Thanks to it, the visceral is ignited, and you effortlessly feel for these characters. Our sympathetic side is screaming, and we genuinely want to help them get out.

In a way, the camera’s chosen technique, plus the silence and the score, captures the spirit behind the themes at hand. The way the visuals interact brings awareness and makes you admire the picturesque alien world we are about to enter.

From the three episodes available, what is found is that ‘Invasion’ basically has all the ingredients a sci-fi should have, but sometimes it gives the sense that they could not find to settle in one. In its little backpack of utensils, ‘Invasion’ has science, technology, space exploration, and extraterrestrial life?! I’m hoping they don’t decide to add space travel to it by episode four because the episode will be as long as a feature film. On the same note, it seems like the series had the same approach with the number of storylines of its characters because, at times, it gives the sense that too many problems are happening at once. It might be a way to connect us to reality, but for the story’s sake, this decision might’ve just given the viewer another reason to look back at their phones.

The plot could’ve been sped up a bit. The slow-moving pace of the narrative might be way too slow for the younger generations. Things only start to fall apart by episode three. The series is wholly grounded on what we know, and adding reality to it, that feels close to home works excellent and is entirely terrifying.

Invasion’ focuses on the human perspective and explores what ordinary people would do if they were part of an otherworldly invasion. Instead of having a Tom Cruise fight for humanity. The approach here appears to be a more realistic one, as every character seems to be fighting with its problems and emotions, but they also have to deal with something so much bigger than them. The people inside the world of ‘Invasion’ are completely blindsided by their problems. Because of this, they are not prepared for what’s coming. (Okay, I guess nobody is prepared to be invaded by aliens, but you get my point.)

More Than Just A Flash of Representation

‘Invasion’ does a great job reflecting the current era, as they did not settle for familiar white characters and just a flash of representation to shut the viewers up. But the creators seemed to have assured that the perspective of an invasion would hit everyone watching. The leading characters are as diverse as we hope to see often, and more frequently than we do. We have lives sprung across the globe, a white mid-western Sheriff, a soldier in Afghanistan, an immigrant wife, a Japanese scientist, and an English boy. The world in ‘Invasion’ looks a lot more similar to the real world. And Although the troubles that torment each character are utterly dissimilar from each other, it appears that one thing that connects the characters of ‘Invasion’ is isolation.

But, Help, Without Tom Cruise, Who Can Actually Survive?

‘Invasion’ seems to play with the idea of isolation. The lead characters are alienated between the people in their lives and themselves. For instance, the Japanese scientist is struggling to come out, and the English boy is bullied by his peers, and so on. The people that live in the world of ‘Invasion’ make you wonder what would happen when an individual like you and me, living an everyday life feeling like an outcast, has to deal with an invasion? The exploration of human behavior is something interesting to keep an eye on while watching the series. I mean, in this given circumstance where it is for sure that Tom Cruise won’t materialize from out of anywhere and do what he does best, jump off planes and carry you back home safely, who becomes the strongest? Who will choose fight over flight or vice versa? Who will survive?!