‘Head of the Class’ Is an Enthusiastic Yet Flawed Reboot 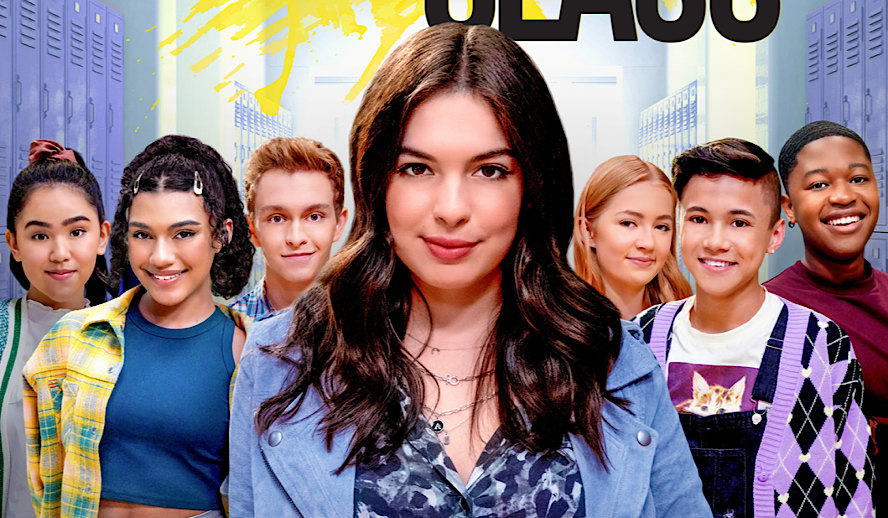 Photo: ‘Head of the Class’

‘Head of the Class’ and the Typical Sitcom

‘Head of the Class’ follows Alicia Gomez (Isabella Gomez), a new and hip teacher who runs a debate class that consists of only a handful of students (this seems to be the only class she teaches). The students include the athletic Terrell (Brandon Severs), the future politician Luke (Gavin Lewis), the fashionista Miles (Adrian Matthew Escalona), the kind of tough gamer Robyn (Dior Goodjohn), the over achieving Makayla (Jolie Hoang-Rappaport), and the principal’s sassy daughter, Sarah (Katie Beth Hall). Alicia tries to teach these kids important life lessons with the help of a fellow teacher and love interest, Elliot (Jorge Diez) while avoiding the judgmental glares of Principal Maris (Christa Miller).

‘Head of the Class’ is a very typical sitcom with one note characters and a frequent laugh track. The characters, especially the students, are all one note which at times causes a lot of them to either feel not fleshed out or even forgotten. Of the kids, Makayla feels the most in the background, especially since her overachieving traits are already similar to Luke’s character. While the characters are fairly flat, the actors do a great job with what they have to work with. Gomez shines as Alicia, the talkative and supportive teacher of the group. The characterization doesn’t fully match with Gomez’s performance, with the series trying to tell the audience that Alicia is supposed to be a slacker despite her infectious enthusiasm and try-hard energy. This is easy to ignore though, since Gomez is such a positive presence in the series, her positive energy will even rub off on the grumpiest viewer.

It will surprise many audiences that ‘Head of the Class’ is produced by Bill Lawrence (‘Scrubs’ and ‘Ted Lasso’) along with Amy Pocha and Seth Cohen (‘American Vandal’). The latter is especially surprising due to how accurate ‘American Vandal’ was at portraying the modern high schooler. This isn’t to say that ‘Head of the Class’ isn’t a good show, it is just very traditional and by the books compared to the other projects. ‘Head of the Class’ has the elements that every traditional teen sitcom has, from the loud laugh track to the colorful production sets to the important life lessons being learned by the end of every episode. This may disappoint fans of the producers’ other series, especially those looking for another teen comedy like ‘American Vandal’, but the series doesn’t seem geared to those audiences and is instead geared to a slightly younger audience. An audience who may still be in high school and who may need to hear some of these life lessons.

Failing to Tackle the Issues of Today

A big part of ‘Head of the Class’ is tackling the issues that teenagers face together. The new ‘Head of the Class’ has a hard time tackling a lot of these issues, seemingly out of fear of pressing too many buttons or misrepresenting an issue. The episodes use the issue of what the class is debating to coincide with their problems outside of the classroom, similar to how every book in an English class matches the protagonist’s problem. While this is a clever way for the episodes to be structured, the topics that are being debated usually only relate vaguely to what the characters are going through and aren’t tackled to their full potential.

Let’s take the pilot, for example, which sets out to handle cancel culture and how it relates to being a teenager. With the use of social media being very prevalent in the series, one would think the episode would really tackle the issue and how it relates to what it’s like to be a teenager in front of the whole internet. What if one of the characters is filmed saying something stupid which could ruin their chances of getting into a good college? What if a character gets kicked out of an extracurricular for a bad tweet?

With all these possibilities, the episode instead focuses on Miles gossiping about Luke at a party, causing Luke to “cancel” Miles. It’s an odd comparison to say the least, especially since the episode hints early on that the students are afraid of their internet presence causing them problems later in life. It seems as though the episode really had a chance to tackle a serious issue but was too nervous to get to the meat of the issue, letting the issue only really be mentioned in the debate and then lightly hinted at in the actual story. Would the pilot be more memorable if they actually tackled the dividing subject matter?

The new ‘Head of the Class’ may be flawed, but it is ultimately harmless and charming thanks to its fun performances. ‘Head of the Class’ isn’t a series that will challenge any audiences or make the audience sit at the edge of their seat, but that’s okay. Not every series needs to be cutting edge or inventive. With this being said though, ‘Head of the Class’ would benefit from actually tackling the issues it debates rather than just dancing around the subject. If the series actually tackled the issues that teens face today like it advertises, then a lot of the episodes may be more memorable than they actually are. ‘Head of the Class’ is surely not for everyone and it may disappoint fans of the producers’ other works, but the series is ultimately charming and bubbling with positive energy.

‘Head of the Class’ is available to stream on HBO Max