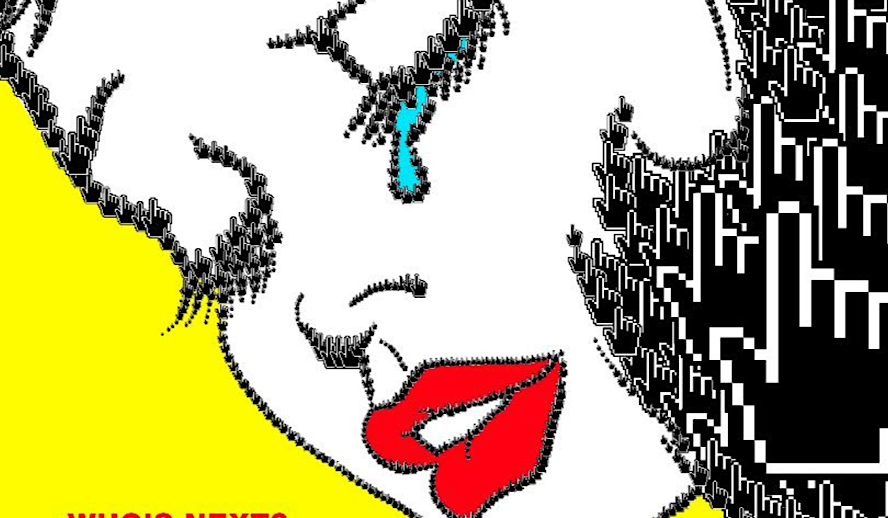 Monica Lewinsky is the self-proclaimed patient zero for the internet sensation now deemed as cancel culture. When the public became aware of the relationship between the then-22-year-old and her boss, President Bill Clinton, she became an international topic of conversation overnight. The scandal made her a pop culture icon; publicly shamed in songs, late-night television, the news, and any form of popular entertainment possible. Since then, Lewinsky has gone on to become an activist and reclaim her side of the affair. On October 7th, HBO Max released their new documentary ‘15 Minutes Of Shame’, in which Lewinsky acts as one of two executive producers. According to Variety, the head of original content for HBO Max Sarah Aubrey said, “Monica Lewinsky is an anti-bullying activist with unparalleled authority, making her the perfect partner for this project.

And Max’s strong advocacy for social justice and distinctive storytelling make him particularly well-suited to explore this complex modern phenomenon.” The other executive producer and director Max Joseph has also seen his fair share of internet-related scandal, but from a more removed position. The filmmaker is known for MTV’s ‘Catfish’, a reality show about exposing those lying about their identity in an online relationship. ‘15 Minutes’ delves into the history of public shaming and how shame is weaponized to hurt individuals. USA Today writes, “The film explores why we as a society love to cancel people, and what happens when public shaming goes too far and peoples’ livelihoods and lives suffer as a consequence.”

So far, the documentary has received mixed reviews. Some feel that it strays away from strong ideas in favor of sob stories, occasionally derailing an exploration of a genuinely interesting phenomenon of public humiliation. CNN journalist Brian Lowry said of the film, “Whether ‘15 Minutes’ merits 90 minutes of viewing to absorb that generally self-evident lesson could be another matter, but at its best, it’s a reminder to slow down and look both ways before joining in the latest media pile-on.”

The most fascinating part of the documentary, to me at least, was the historical component tied to public shaming. The phenomenon dates back to ancient civilization, asking: why do we shame? The documentary utilizes historians, psychologists, and other experts to explore this question. Indie Wire agrees with me, writing, “The best parts of HBO Max’s latest documentary, ‘15 Minutes of Shame’ have less to do with shaming and much, much more to do with the innate failures of humanity, which in effect leave viewers in a place of relative hopelessness — a shrug emoji made manifest.”

Shaming historically was utilized as a tool to reinforce social rules and moral standards, for example, a thief might be shamed or even publicly harmed as a way to discourage others from doing the same wrongdoing. Public humiliation could range from banishment, tar-and-feathering, pillories, in ancient Greece there was even a democratic process of scratching a name onto a piece of pottery and if they received a certain amount of votes they would be exiled. The pottery was called Ostrakon, hence the origin of the word ostracism. These rituals of public humiliation have remained throughout time. Tabloid journalism was created in 1903 and would include celebrity and local gossip, sensationalize crimes, and human tragedies.

This obviously would lead to creating paparazzi and more scandal-focused storytelling like clickbait eventually leading to social media. No one is truly safe from public shame: Britney Spears to Princess Diana faced this intense and unforgiving scrutiny. In fact, a study was done with soccer fans that prove we experience more joy watching our rivals fail than watching our team succeed.

Cancel Culture: What Is It And Where Does It Come From

Cancel culture is a relatively new term, referring specifically to the online community shaming someone until punishment is taken against them. However, the phrase “cancelling” someone was conceived in the 1991 film ‘New Jack City’. In the film, Wesley Snipes plays a gangster named Nino Brown, who after his girlfriend breaks down about the violence he is causing he says “Cancel that bitch. I’ll buy another one,” an ironically misogynistic joke that has gone on to become societies way of correcting negative behaviors. The term was revitalized after a 2014 episode of VH1’s reality show ‘Love and Hip-Hop: New York’, when producer Cisco Rosado ended an argument with his girlfriend by saying “you’re cancelled”. “From there, the word took on a life of its own, often among Black users on Twitter. It was used as a way to show disapproval for a person’s actions as a joke or lighthearted criticism. It wasn’t until later that canceling someone involved boycotting them professionally,” said Very Well Mind.

There were several people interviewed in the film that had been victims of cancel culture, although they remained relatively anonymous to most. However, almost every individual interviewed shared increasingly dangerous threats targeted at them for an error, a misunderstanding, or just brutal racism.  According to CNN, “If you don’t remember those stories, ‘15 Minutes of Shame’ makes clear that the people involved still do, in some cases feeling the ramifications long after. Cultural historian Tiffany Watt-Smith points to the power of schadenfreude, with people delighting in others’ misfortune and righteously seeking to exact retribution.”

For example, an Amazon third-party seller bought 17,700 bottles of hand sanitizer just before the pandemic began. Another person interviewed was a Black student at American University being threatened by white supremacist after she became the class president. The range between these two narratives though gives a mixed message on internet trolling. Forward writes, “If you think a Black student being flooded with racist slurs by white supremacists seems like a very different issue than the hand sanitizer guy receiving nasty comments, you’d be right. The documentary can’t quite decide if it’s castigating social media users for jumping to conclusions or whether it’s concerned that extremism is flourishing.”

Social Media Encouraging Conversation: In A Good And A Bad Way

The film also discusses how social media algorithms are set up in a way to gain profit from views. One expert used the analogy that two kids on the playground are starting to fight when a third kid comes up and starts chanting “Fight! Fight! Fight!” According to him, Twitter acts a lot like that third kid. It’s how the internet earns money, it’s all advertisement and if they can get you to click on it, the more profits they earn. In order to advertise, there is often an element of sensationalism, and people are even more inclined to care if it makes them angry. There is little that can be done to protect those who are victims of this sort of public shaming, mainly because of Article 230 which absolves tech companies of any responsibility for what users post.

However, while social media can often act as inflammatory, it cannot be brought up without the positive social movements that have arisen from different platforms. Movements such as the #MeToo movement challenges societal norms that need to be changed, and social media allows people to connect in a way that hasn’t been done before. “In the earlier years of Twitter, most of the #hashtag movements were about calling out powerful corporations and individuals for wrongdoing, but in recent times the trend has shifted to include singling out everyday people who make an error from which they can never recover,” said the Chicago Sun Times.

The internet offers a platform for disenfranchised and discriminated people who are frequently silenced, as a way to join the conversation. At the same time though, that platform can be weaponized as a method to spread fear. “That’s not a consequence the internet invented, either. The same thing happened with nearly every technological advancement in human history. If something is created to foster communication between people, someone will find a way to use it to hurt others,” said Indie Wire. The film ultimately explores the human desire to see enemies fail, as well as a natural instinct to protect the greater good by using shame as a weapon. While there were moments that strayed from the heart of the film, overall it’s an interesting and worthwhile watch.