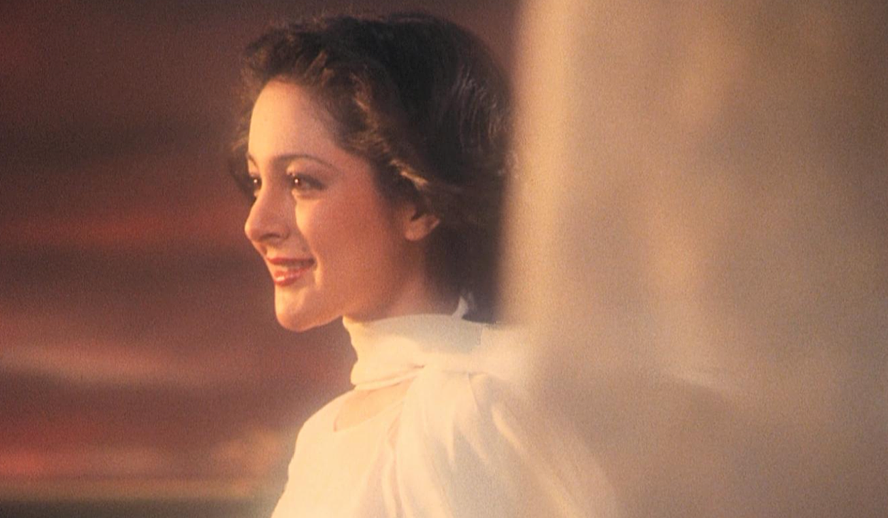 A decapitated head in a wishing well, a piano that eats its player, and a dancing skeleton. While this may sound like a list of random spooky story ideas, these are all scenes in ‘Hausu’, the 1977 Japanese film by Nobuhiko Obayashi. ‘Hausu’ may have been criticized when it was first released, but it has since become a cult classic, especially among the film buff community. Interestingly enough, the horror film is not admired for being scary but is instead admired for being fun and quirky thanks to its trippy visuals and off-color humor. ‘Hausu’ makes you feel like you’re tripping at a Halloween party in the best way possible.

The Visual Wonder of ‘Hausu’

The visual wonder of ‘Hausu’ comes from how the film avoids realism in favor of outlandish imagery and surrealism. The visual approach in the film is more based on a childish playfulness than a desire to look realistic. Obayashi does every trick in the books for the visual effects of the film, from animation mixed with live action to rapid-paced editing to whatever this is. While this visual style may seem disorienting at first, it soon immerses the audience in a viewing experience like no other. In a world where every horror film is trying to be more realistic than the last, ‘Hausu’ is a refreshing change of pace, favoring a child-like whimsy to the boring reality that we live in.

‘Hausu’ isn’t one of those movies that is “so bad that it’s good” because its look is fully intentional, it doesn’t look this way due to a lack of budget like other cult classics such as ‘Troll 2’. It instead looks like a children’s Halloween themed pop-up book because of the film’s inspiration. While making the film, Obayashi regularly talked to his pre-teen daughter about what scary ideas she thought should be in the movie. On this, Obayashi said, “adults only think about things they understand … everything stays on that boring human level” while “children can come up with things that can’t be explained”. By having his daughter’s insights on the film, Obayashi was able to come up with some of his most surreal scenes, like a haunted piano and a mirror’s reflection attacking the viewer.

The visual style of ‘Hausu’ can’t be explained with rational thinking since children can come up with things that can’t be explained like an adult can. This unexplainable style with little to no logic also adds to the horror of the film. The film, with its vibrant colors and confusing editing, doesn’t look like our reality. The film, not looking like our version of reality, takes the viewers on an immersive journey into the unknown.

A journey into the twisted imagination of a child. The unpredictable quality of the film adds to the horror since the audience never truly knows what to expect. There is not one moment in the film that will make the audience roll their eyes and say “of course, I saw that coming a mile away”. Quite the contrary, there are outlandish visuals and moments in the film that will make the audience wonder how the heck that even happened, like a man turning into a pile of bananas. The visual wonder of ‘Hausu’ will keep audiences glued to the screen while causing them to never expect what will happen next.

A Parody of Hollywood Horror Films

‘Hausu’ acts as a parody of the big-budget Hollywood horror films that came before it. Just look at the names of the main group of girls in the film: Melody (Eriko Tanaka), a girl who likes to sing, Kung Fu (Miki Jinbo) the toughest in the group, and Prof (Ai Matsubara), the smartest in the group. The characters are parodies of different character tropes that are commonly seen in haunted house-type movies. It is as if each girl in the main group has one personality trait and that one personality trait is also their entire character, just like in Hollywood films. The characters are also parodies of children’s characters, specifically school girl characters, where each member of the group takes on a certain role. This adds to the campiness of the film, where the characters just revel in their tropes, creating a lot of humor in the film.

Hausu’s creepy old woman is Auntie (Yōko Minamida), who is just having a great time in the film. Instead of being old and shrewd, Auntie revels in the spooky, eating eyeballs and dancing with skeletons. Auntie, like the film itself, has a playful energy unlike the trope of the “creepy old woman”. Auntie acts as a parody of the “creepy old woman” trope by putting the trope on its head, acting differently than the creepy old women that came before her yet still being spooky. It is as if the film takes what we expect from a regular haunted house movie and gives us the exact opposite, a funhouse mirror look at the tropes we have become accustomed to.

‘Hausu’ is the funnest haunted house movie ever made thanks to its trippy visuals and playful nature. It plays homage to the typical haunted house story while turning its tropes and visual style on its head. With its bright colors, hybrid of different visual effects, and rapid editing, ‘Hausu’ is a film that one can’t look away from. It will keep you glued to the screen and wondering both what will happen next and how we even got here in the first place. Hausu is a gleeful and playful look at the demented, a fun and engaging experience that any horror fan will love. While ‘Hausu’ is an extremely rewatchable film no one will forget their first time watching the mind-bending treat.

‘Hausu’ is available to stream on the Criterion Channel.