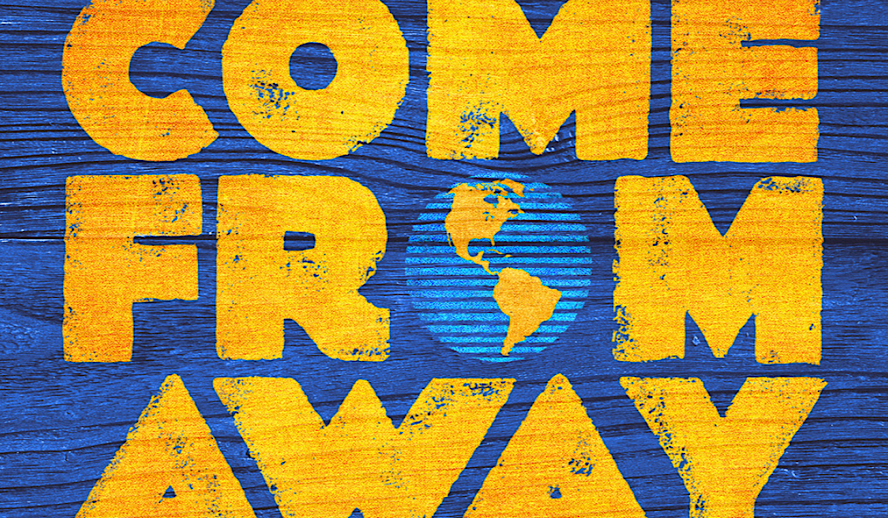 Photo: ‘Come From Away’

Twenty years have passed since the fatal attacks of 9/11, and we will never forget those who lost their lives in such a terrible way. Numerous films have been created since, but still, there are countless stories that need to be shared. ‘Come From Away‘ is a beautiful commemoration of those who lived through uncertainty during and after September 11.

‘Come From Away‘ follows the true stories of 7,000 people who, during the September 11 attacks, got stranded in a small town in Newfoundland called Gander. The small village generously welcomed their new guests, the “come from aways,” as they received them with open hands and offered shelter in a town with few people. After one plane had crashed against one of the twin towers, many flights had to take a detour and do an emergency landing where it was the best convenient. Thirty-eight flights were re-routed and forced to land in Gander. The play takes place before, during, and the few days after the crash. The stories develop slowly, as the characters receive more information on what is happening, so it’s the audience.

‘Come From Away’ – How It Began

‘Come From Away‘ first stage appearance was in a Canadian college in 2013, but the story was too strong to remain unknown, and by 2017 ‘Come From Away’ then transcended into a Broadway production. It did not take long for the production to become a front-runner in Tony nominations, as it got nominated for seven Tony Awards, winning the Tony for the best musical director. In 2018, the musical was nominated for a Grammy. It was without surprise that ‘Come From Away’ was in the eyes of producers to be converted into a film. But when COVID-19 stroke, the idea of a movie version of ‘Come From Away’ transformed into a filmed version of the original play.

‘Come From Away’ begins with introducing a cast of twelve actors that play different characters. Monologues were the chose tool to help the viewer differentiate the other stories and characters. The play invites its audience in, starting with a dim light stage, while a purple tone decorates center stage, and a few chairs lay casually on it. The music opens up, and that’s when the audience is taken into a hopeful and compassionate ride. Having slightly more freedom with time, director Christopher Ashley accommodates each scene with familiarity and declutters the stage from chaos; the only thing we find is a perfectly choreographed story and beautiful lyrics.

‘Come From Away‘ fills the heart with many heartwarming moments, and it does not forget to include an extra dose of goosebumps with a splash of tears, as many stories feel like they can happen to anyone. Irene Sankoff and David Hein found the needed comedy in a sensitive subject like this one.

‘Come From Away‘ finds a great and hopeful way to deliver a story based on tragedy. The beautiful tunes and à la par singing voices made the performances more than just bearable, as you wish you could watch the play live on Broadway. Call me old school, but I am a big advocate for attending the theater. As for me, the only and most important thing that was missing when watching ‘Come From Away’ on my TV was feeling the lights go dim, smelling the humidity that theaters often carry, and hearing the crowd of people laughing at the perfectly written jokes. It is obviously not the same to watch a filmed portrayal of a play as sitting a few rows down from the stage. The hard work is felt through the sweat of the actors standing a few feet away from you. ‘Come From Away‘ on Apple TV feels like a good refresher of memory to reawaken the desire for well done live performances and how beautiful it is to feel a creation come to life closely.

Delicacy and political correctness have been essential in the past year and a half, as people are more interested in morals and completely disregard anyone who exuberates any sort of racist behavior. ‘Come From Away‘ stays true to its roots, and although it highlights the shift in behavior towards the people of middle eastern descent, the play does not come off as insensitive but rather honest to the situation at hand. ‘Come From Away‘ realistically touches on racism and the prejudice against middle eastern people that came following the attacks on September eleven. Although Irene Sankoff and David Hein are from Canadian Nature, they resemble exceptionally well the way America was dealing with racism and portraying the American reality even from a town outside the country.

The production opted for a more simple approach when it comes to set design, as the background resembles a restaurant’s indoor, or simultaneously it gives a sense of the clouds when flying on a plane. It is rather fun to watch how the pieces of furniture throughout the play become everything the characters need to interact with, from chairs inside a diner to a group of people sitting on an airplane. The cast organizes the chairs in a choreographed fashion, leaving the rest to the audience’s imagination, as they perfectly mime whatever the furniture is supposed to be.

Many stories resonated powerfully with me, although it is still incredibly tough to imagine what the affected people went through during those times. Or less alone, imagine the harsh reality when facing death in such a horrible way. I for sure know that I cannot meet someone whose relative was part of such tragedy and know exactly what to say, but a story that I cannot seem to forget from ‘Come From Away‘ is the one of a lady who sits for hours waiting by the phone in hopes of hearing news about her son.

Commemorating What Is Found

Although ‘Come From Away‘ is based on a true tragedy, the story does not focus on the bad, but on the contrary, the writers commemorate what was found amid ruins, when it seemed like everything was lost. Ultimately, ‘Come From Away‘ is a heartwarming story not only highlights the suffering and pain, but the relationships, hope, and faith that can come within the tragedies.

Stream  ‘Come From Away‘ on Apple TV today.

The Book, Music and Lyrics by: Irene Sankoff and David Hein/ Directed by: Christopher Ashley/ Choreographed by: Kelly Devine