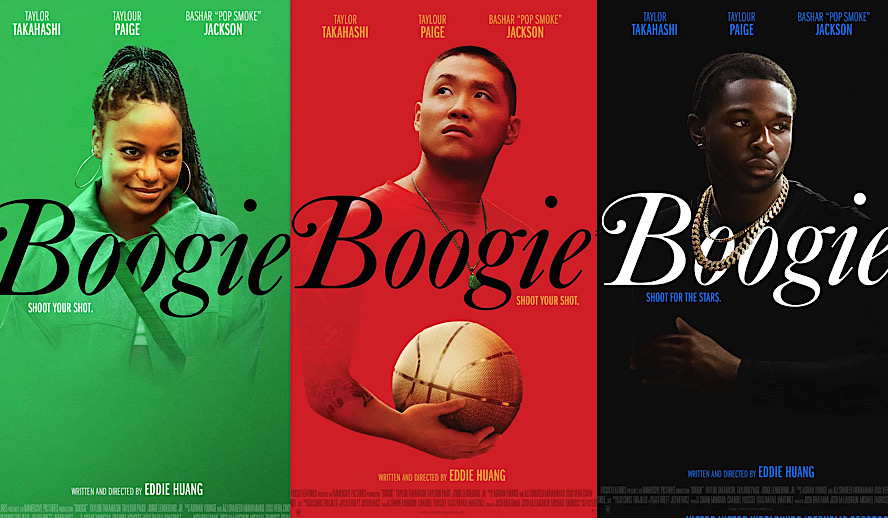 Best known for writing the book Fresh Off the Boat: A Memoir, Eddie Huang’s story was originally transformed into a sitcom for ABC. Before writing his memoir, Huang had balanced a number of jobs including time as a fashion designer as well as a restaurateur. While he’s been fortunate to have as many careers as he has, Huang has humble beginnings. His past has shaped his present and heavily influenced his work.

Born to Taiwanese immigrants, Huang was born in Washington, D.C. He grew up with a mother who cooked all the time and a father who owned a few restaurants, creating a love of food for him. Later, Huang would even start his own restaurant in New York and run it for over a decade. He began appearing as a food personality and even had his own show on Viceland. During his stint as a restaurant owner, Huang also dabbled in other industries, such as the fashion industry, and even passed the bar exam to become an attorney. His upbringing influenced many of his jobs as well as his writing, which began his introduction into the film world. ‘Boogie’, Huang’s directorial debut, tells the story of a second-generation Asian child and his internal struggles as the child of immigrants.

‘Boogie’ centers on Alfred “Boogie” Chin (Taylor Takahashi) who dreams of having a career in the NBA. His personal dreams coincide with the feeling of responsibility he has in order to live up to his parents’ expectations. As the only son of two parents who immigrated to the United States, Boogie has the weight of the world on his shoulders. Torn between his sense of duty and his desire to make a name for himself, ‘Boogie’ follows Boogie as he tries to figure out what he wants.

Besides his internal struggles, Boogie has to deal with a basketball rival in Monk (Pop Smoke) as he tries to beat him in a game. On top of that, Boogie also forms a budding crush on Eleanor (Taylour Paige) which eventually turns into a relationship. If you combine everything, Boogie has more on his plate than a regular teenager and it culminates in a rough-and-tough attitude. Boogie puts on a hard exterior for the majority of the movie, barely breaking from his front unless in small increments.

His stony exterior translates well as a representation of both masculinity and Asian culture. In Asian culture, many people downplay their emotions or keep them close to their chest, just as Boogie does. Along with that, a popular saying is “boys don’t cry” and toxic masculinity often forces men to keep their emotions close to their chest. Takahashi’s portrayal of Boogie brings attention to many social norms that are seen as normal.

In Huang’s directorial debut, Boogie often ebbs and flows between Asian culture and American. His main love is basketball, an American sport started in Massachusetts and he chases his own “American Dream”. Despite this, he reverts to Asian traditions, groveling at the feet of his basketball coach for forgiveness. His situation is one that many Asian-Americans can relate to and continues to show the division that lives within many of these people.

While other films, such as ‘Crazy Rich Asians’ and ‘The Farewell’ have focused on the dichotomy between native Asians and Americanized Asians as well, ‘Boogie’ does it differently. The film focuses on an Asian male lead, a group that is consistently underrepresented in Hollywood.

All three movies focus on familial relationships as well, although ‘Crazy Rich Asians’ and ‘Boogie’ focus a lot more on romantic love than ‘The Farewell’ does. Still, Huang’s decision to cast a male lead speaks volumes to his character. He isn’t trying to pretend to be someone he’s not, he’s telling stories that are personal to him and his experiences. Huang knows best about the difficulties that the children of immigrants face as well as the pressure put upon them. Whether it’s intentional or not, ‘Boogie’ echoes a lot of typical Asian stories, in the best way. Huang makes his specific experiences universal and that’s why the film works. Despite other faults, ‘Boogie’ manages to make an unlikeable character relatable and realistic.

‘Boogie’ isn’t a perfect movie, clunky dialogue bogs the story down, but its earnest moments are when the film shines the most. In its rare moments of introspection, Takahashi’s acting skill is on show. For instance, in one scene, Boogie looks introspectively as he gazes down at a bowl of beef and broccoli. It’s a rare moment where Boogie, for all of his posterizing and his ego, finally begins to examine himself and what he wants. Only then are we shown another side of Boogie, although the moment takes place in the latter half of the film. Another crack in Boogie’s facade occurs when he has sex for the first time with Eleanor and his cocky attitude disappears for a split second. Underneath his arrogance lies insecurity and this is a big moment for Eleanor and Boogie to bond together.

For all of its imperfections, ‘Boogie’ represents Huang well as well as the Asian-American community. While Boogie himself may be flawed, the film shows another version of Asian-American representation. Although Asians are usually shown as comic relief, Huang was able to portray Asians as what they really are, human. His parents argue and fight, but at the end of the day, they are a united front. They try their best for their son, and though they occasionally fail, they’re realistic representations of parents.

Outside of the film world, Huang also provides representation in his other careers. For example, when he was a restaurater in 2009-2020, he ran a Taiwanese bun restaurant. He’s always had a love of cooking and decided to share the same foods his mother made him with the world. 2006 to 2009 saw Huang running a clothing brand he started with Ning Juang, who he had met in Japan. No matter if it’s a passion project or a professional project, Huang makes an effort to showcase his heritage as well as Asian representation.

‘Boogie’ is now available in theaters.