Everything You Don’t Know About ‘Queer Eye’ Star, Antoni Porowski 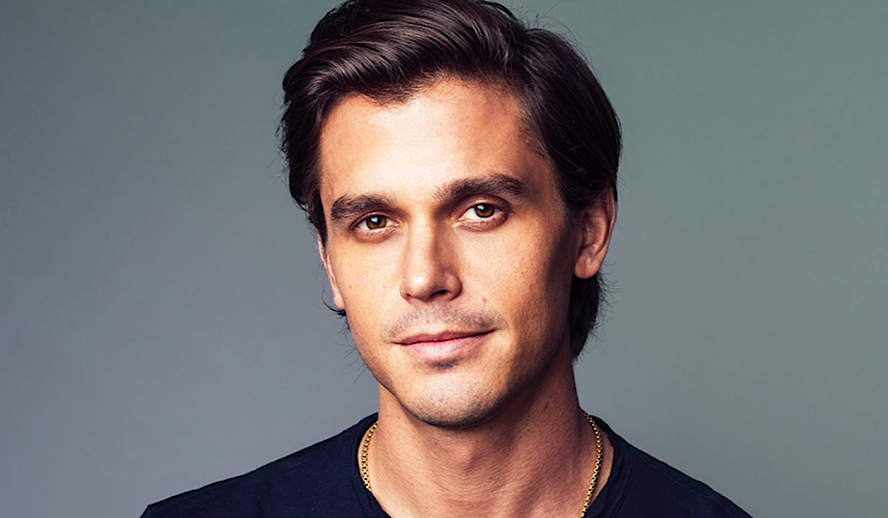 The Personality You Don’t See On TV

He is most widely recognized as one of the five hosts of the three-time Emmy Award-winning, structured reality program, ‘Queer Eye’. For those who may not know, The Netflix revival series, ‘Queer Eye’ follows a group of friends within the LGBTQIA community, who help people turn their lives around with home improvement, personal makeovers, life-coaching, and learning a new recipe. That’s where Antoni comes in, as he is the food and wine expert that teaches each candidate new skills in cooking. It is no secret that the hosts of ‘Queer Eye’ include, hairdresser, Jonathan Van Ness, British fashion designer, Tan France, activist, Karamo Brown, and interior designer, Bobby Berk.

Each of the hosts makes outstanding contributions to many different charitable causes. However, I feel as though Antoni’s efforts fly a bit under the radar when it comes to philanthropy. He seems to care a great deal about LGBTQIA rights, and the rights of women. I feel he is most known for his television appearances, and while that is okay, I think he should be acknowledged as so much more than that. It took Antoni a while to work his way up into various industries, making it so much more meaningful for him to give back to both America and Internationally. All of his personal accomplishments and charitable work should be addressed and honored. I think many people, myself included, can find inspiration somewhere within him. He has had a very interesting journey that I respect, and I feel needs to be shared.

Porowski’s parents are Polish natives who emigrated to Canada with their two daughters. Antoni was actually born in Montreal, Quebec. The family then moved to West Virginia when Antoni was twelve years old. Antoni continued to bounce back and forth between Canada and America for different levels of schooling until he settled in New York City, where he began to cultivate his acting career.

Porowski states that being of Polish descent had made it pretty difficult to find acting gigs, but he had eventually landed roles in productions such as the 2012 LGBTQIA centered comedy film, ‘Elliot Loves’, the 2016 drama, ‘Daddy’s Boy’, and featured in the 2014 NBC crime drama series, ‘The Blacklist’. In 2016 Porowski was featured in ‘The Cannes Film Festival’s Short Film Corner’, after his appearance in crime documentary drama, ‘To My Father’. Although his acting career seemed to be going pretty well for him, it was not paying his bills. He needed to find a way to sustain himself, while still chasing his dreams.

Antoni initially got into culinary arts after he used his grandmother’s recipes to teach himself how to cook. While he continued to look for acting gigs, he worked as a busboy for a Polish restaurant, run by a family. He continued to work his way up in the food industry, eventually becoming the manager at an upscale sushi restaurant in New York. Fast forward to today, Antoni has opened his own restaurant in New York City’s West Village, by the name of, ‘The Village Den’, He has been featured in many popular cooking competition shows including, The Netflix baking show, ‘Nailed It’.

He hosts his own cooking show on both Netflix and YouTube called ‘Show Me What You’re Working With’, and even released two cookbooks. One of the cookbooks titled, ‘Antoni In The Kitchen’ was released in 2019, and shortly after, ‘Antoni: Let’s Do Dinner’ was released in 2021. These accomplishments along with his position on ‘Queer Eye’ could have been enough to satisfy him for a lifetime. However, this wasn’t enough for Porowski. He needed to give back.

Antoni Porowski was vocal in his support of the ‘One Girl Can Foundation’, which provides education and internships to girls in Kenya. This foundation prides itself on breaking the cycle of poverty in Africa and impacting equality between genders. The group’s founders specialize in providing mentorship, leadership training, career development, and goal setting for these young ladies. ‘One Girl Can’ offers scholarships for both high school and universities, targeting a large demographic of young ladies.

According to the foundation’s website, the program is flourishing, as it supports over eight hundred and fifty young girls. This is an extremely important step into building the confidence and the work ethic for girls to be on par with the male-dominated workforce. The foundation’s website has given international access to anyone who would like to donate.

More recently, Antoni Porowski has taken philanthropy back to his roots in Poland. Porowski joined an activist group that battles homophobia in Poland, as a new board member. The group is called, ‘Equaversity’. The LGBTQIA community in Poland has been forced to flee their homeland or be equipped to defend themselves. When people do not feel safe in their country, it is a huge problem that must be addressed. Porowski describes the members of this group as badass, and selfless. He is more than happy to take a stand against this injustice.

A lot of people take pride in where they are from and are typically reluctant to call out the people or government of that place, for fear of feeling guilty or being shamed for going against the morals and values of that land. I believe it takes a lot of guts to be able to call out your homeland. Especially for an openly gay individual, with massive influence, to call out his homeland for not supporting people who are like him. He encourages all 4.4 million of his followers to join him in support of this foundation in any way they can. Porowski made it very clear that he felt this responsibility to protect and defend the LGBTQIA community in Poland because of his platform.

It seems as if Porowski and the people he associated himself with, truly understand the importance of humanity and selflessness. Not only do I respect his hustle to get to where he is today, but I also respect the amount of humility he had maintained throughout his success.

Hinting: Antoni Porowski is currently touring in 2021 for the release of his book, ‘Antoni: Let’s Do Dinner’. He will be next seen in Orlando Florida’s ‘Plaza Live Orlando’, on Friday, September 10th.