A Tribute to Wong Kar-wai: The King of Wrapping it up Beautifully 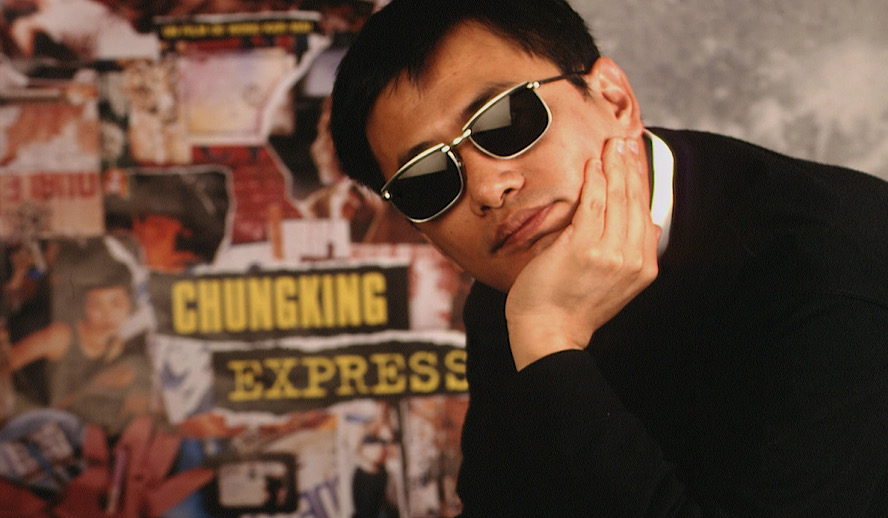 Wong Kar-wai is undoubtedly the most well-known of all Hong Kong directors. To watch one of his films is to be surrounded by a world of color, motion, and music. The influence of his eclectic style has reached directors worldwide, he is decidedly one of the greatest living filmmakers. Born in 1958 in Shanghai, Wong’s family relocated to the more culturally independent Hong Kong when he was a child. The city has been his greatest subject, no other modern director has been so fascinated by and so successful in capturing the spirit of a city and sharing it with the world.

His stories, often about unrequited and unsuccessful relationships are often fun and always entertaining. People love to talk about his use of soundtrack, many films are named after song titles that inspired them, or the color grades. However, one thing that has always stood out to me as something to look forward to whenever I start one of his films has been the auteur’s endings. Wong has a way of wrapping up the story to both reflect what we have seen and have us thinking about possible emotional outcomes after the film has ended. Here’s a look at some of his most memorable endings:

‘In the Mood for Love’

There’s no way to describe this film than using the most overused and most of the time undeserving word in criticism: ethereal. ‘In the Mood for Love’ is the only film from the 21st century listed on Sight & Sound’s greatest films of all time. Every frame of this film offers either something beautiful, something hard to describe as feelings or moods often are, or something being shown to you in a completely unique way you didn’t know could be filmed. Whereas a lot of his other films end on a pop song that is representative of the film and story, ‘In the Mood for Love’ takes a more meditative turn. Everything about this film is about secret unfulfilled desires, the last time we see both protagonists we are reminded of the loneliness of being the only two people in the world who know that this miraculous connection has been made and the melancholy that nothing will ever come of it.

After Chow has just divulged his secret to an ancient hole in a temple wall he knows will never tell, we are presented with a quote “He remembers those vanished years. As though looking through a dusty window pane, the past is something he could see, but not touch. And everything he sees is blurred and indistinct.” With several shots of the film being seen through a window itself, this quote brings together the themes of the film and the maddening contemplation of the possibilities of a romance never consummated.

Our girl returns! the incredible ending of this film is the kind of clip you watch on YouTube anytime you want to turn your mood around. In ‘Chungking Express’ and in several other films, Wong masterfully toys with the significance dates have (buying pineapple that will expire one month exactly 30 days after a breakup, making 2046 the year Hong Kong will be released from the UK the room number in in ‘In the Mood for Love’ and the title of its loose sequel ‘2046’.) The quirky and wonderful Faye, played by pop singer Faye Wong, draws the policeman a boarding pass dated one year after she stands him. She didn’t expect to see him exactly a year later when she goes o visit her cousin, the proprietor of the Chungking Express snack bar.

Their roles are so reversed from when the story started: she is the one in uniform and him the one working the restaurant. T. It’s this very familiarity and the crossing of destinies backed up by the return of “California Dreamin’” blaring from the speakers that make their reunion so emotionally impactful and in line with the film’s themes of chance. As she makes him a new airline ticket and the promise of their romance is imminent it’s impossible not to smile as Wong’s own rendition of “Dream Person” takes over our senses.

For being an altogether despondent love story, with ‘Happy Together’ Wong gives us another ending with the promise of future happiness at hand. The film tells the story of two unequals, the safe and caring Lai Yiu-fai, and the reckless Ho Po-wing. Their time in Argentina is tumultuous, both emotionally and physically draining as they live in pretty destitute conditions, barely scraping by as Yiu-fai has to cook for the often ill or otherwise incapacitated Po-wing. However, things for Yiu-fai turn around when he meets Chang at work, and starts to consider that he deserves better than a messy relationship based on pain. When he has enough money to finally return home, he visits Tapei.

He walks through the crowded market with joy, hearing the language he speaks smelling the food he knows. He’s comfortable and safe, that includes mentally. Although he missed Chang that night, he knows exactly where he can find him at his family’s business, no one is going anywhere there is no imminent threat to anyone’s wellbeing. After watching ‘Happy Together,’ it’s easy to see that home is not wherever you’re with the one you love, home is a person who replicates the feeling of being home.

The two stories of loss and longing in 1995’s ‘Fallen Angels’ intersect during the last five minutes where our madman He Zhiwu finds himself giving a ride to the hitman’s mysterious agent. After watching both outsiders fail in love and in their chosen jobs, Zhiwu breaks into people’s businesses at night and sells their services and the partner is now partner-less after a job goes wrong. The extreme close-ups, the sudden changes in frames per second going up and down, He Zhiwu’s manic behavior, and the lights and sounds of the Hong Kong nights make much of ‘Fallen Angels’ feel like a fever dream.

The motorbike ride in last moments of the film encapsulates all of it. In the last scene, the partner herself seems to have lost her wits a bit, living as a shell of she once when she had her partner, perhaps that’s the reason she asks the madman for a ride in the first place. As they ride through the city, he trying so hard to be cool, she letting herself go and enjoying the strange warmth that’s come over her, it’s up to the viewer to decide if this moment of connection is enough to give this film so centered on loneliness a happy ending.