‘Duel’: A Look Back at Steven Spielberg’s Directorial Debut Almost Fifty Years After Its Original Release 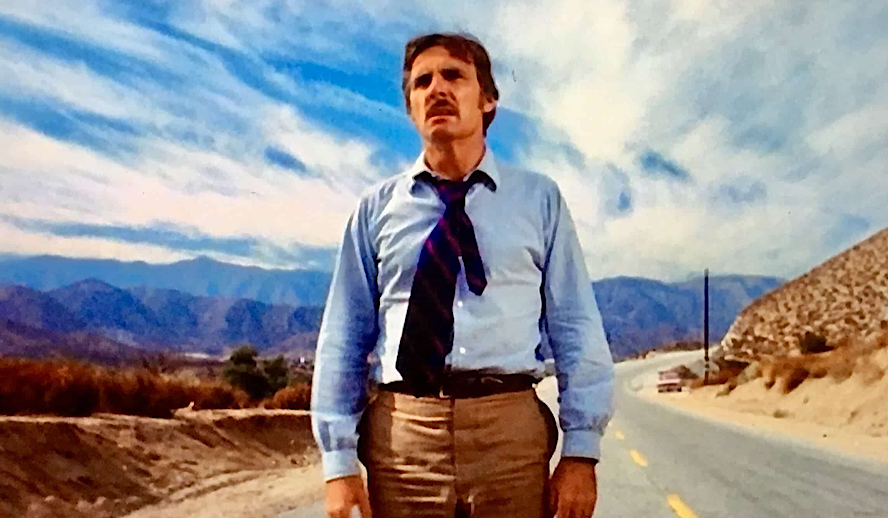 Featuring a Brief History of the Film’s Wild Production Set

I, like most people, saw the movie Duel for the first time as a pre-teen. It’s one of the only movies out there that is thrilling, yet not graphic in its depiction of suspense. My father showed me the movie, exclaiming that he watched it on TV as a kid in the ‘70s. It was Steven Spielberg’s official directorial film debut, a piece of work that put him on the map before Jaws or E.T. At first, I was not impressed. At this age, mind you, I was less versed in the ways of the film industry and thus, a low-budget suspense movie from decades before I was born did not seem appealing. But, at the insistence of my father, I watched it. And, true to his word, it was a thrilling masterpiece for Steven Spielberg.

So that’s why I’m writing this article -please excuse my brief introduction featuring my own personal history with Duel. Many years after that night with my father, I was re-inspired to explore the production of Duel and just how exactly a made-for-television film put Steven Spielberg on the map.

Where Was Steven Spielberg in His Career When He Directed ‘Duel’?

Before we get into this, it’s important to understand the context of Spielberg’s career when he directed Duel. Spielberg had been working a small, unpaid editing internship with Universal Studios for some time when he got the opportunity to direct a short film, Amblin’. After the short was met with praise by Sidney Sheinberg, Spielberg was offered positions on more television productions, including Night Gallery and The Name of the Game. Spielberg’s secretary presented him with a short story she had read in Playboy magazine a bit after his television episodes aired. The short story was written by Richard Matheson and it followed a man being pursued relentlessly by an unknown truck driver. Spielberg loved it, begging the studio heads at Universal to allow him to direct the short story as a made-for-TV movie.

After seeing a rough cut of Spielberg’s television show Columbo, the studio heads agreed. However, being a made-for-TV movie, the film was given a low budget and tight shooting schedule, forcing Spielberg to get creative. The first obstacle came with location scouting; Spielberg wanted to film on location in the desert, while his unit production manager, Wallace Worsley, disagreed. Worsley wanted the film to be shot on a soundstage in order to meet the strict budgetary requirements placed upon it by the studio.

As a compromise, he agreed to let Spielberg shoot the first three days of the film on location to prove that he could stay on budget and keep to the tight production schedule. In total, Universal allowed Spielberg ten days to shoot the seventy-three-minute feature. In an ironic twist of events, Spielberg stuck to the schedule for the first three days of filming, allowing him to continue shooting the film, but failed to meet the ten-day deadline. He did come very close, however, managing to shoot the film in twelve or thirteen days.

Spielberg was able to complete this lofty accomplishment due to his creativity on set. For example, instead of using a traditional storyboard to outline the film’s sequence, Spielberg and Matheson created a gigantic overhead map of the locations they would be shooting at. They used the map to visually identify points to position cameras, blocking for the stunt drivers, and the continuity of the film. In addition to this, Spielberg’s employment of multiple cameras placed in clever positions helped to make it appear as if the vehicles were moving faster than they actually were.

In most scenes, Spielberg explains that the cars are only going around twenty-five miles per hour, but when positioned against a still landscape, the camera subverts our attention and makes the car appear very fast. Low camera angles emphasize this cinema trick as well as immersing the audience in the action that’s happening on screen. Looking back on the film, Spielberg claims he couldn’t make it now with the same restrictions and that he admires it for how it boosted his career.

Duel’s Success: How It Put Spielberg on the Map

Upon release, Duel was extremely successful. It earned a Nielsen rating of thirty-three-percent, which means that thirty-three-percent of all households with televisions were tuned to the particular station that Duel was broadcast on at the time of its broadcast. After the extraordinary response, Universal decided to release the film overseas, which meant extending the film’s total length to meet the ninety-minute international requirements for a feature film. To fill the extra time, Spielberg returned to the desert, filming for two or three more days. Added scenes include the main character, David Mann, at a train crossing when the mysterious truck appears behind him, as well as a conversation with his wife.

Duel was the first film that Spielberg directed in a four-film contract with Universal. After its release, he fulfilled the contract and moved on to direct his first theatrical release, The Sugarland Express. Though this film was received poorly at the box office, Duel and the praise he had received from his other directorial endeavours pushed Richard Zanuck and David Brown to offer him the spot of director for their upcoming film, Jaws. As a young filmmaker just starting out, it is undeniable the effect that Duel had on Spielberg’s career. It put him on the map as a director, and garnered praise from respected critics such as Dilys Powell, ultimately kickstarting his path in the film industry.

Duel is still as poignantly gripping as it has always been. Almost fifty years after its initial release, the thrilling chase film keeps people interested and stays in conversation. The simplicity and inherent accessibility of the storyline is handled in such a way that it is truly terrifying for viewers of all ages to watch. As a pre-teen, it was shocking to think that a film with such an uncomplicated narrative drive could make me feel so unnerved.

To be honest, it was shocking to think that a film that’s basically just a glorified car chase could be riveting to me at all, but the alarming fear that the unknown holds for us is translated beautifully through the anonymous truck driver. Every scene leaves you on the edge of your seat, anxious for when the driver will attack again, but confused by his unmentioned motives. Spielberg’s cleverness shines in this film, proving that he is a great director regardless of budget or time constraints.