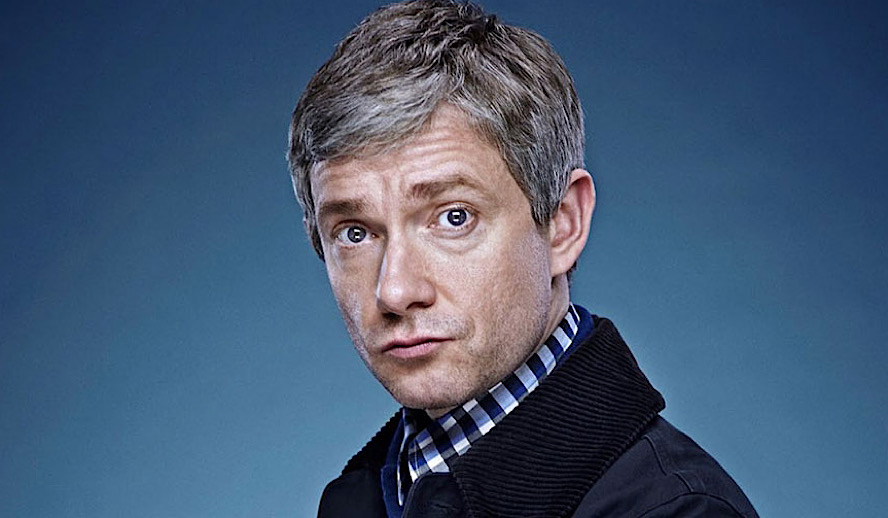 A hobbit, a charming paper salesman, and a CIA agent walk into a bar. You can probably guess where this is going: I’m assuming you read the title of this article before clicking on it. Martin Freeman is among the hottest actors in the world today. He is a jack of all trades, having mastered the art of comedy, drama, and everything in between. He started out small, mostly taking up guest-starring roles in TV shows on the BBC but eventually grew big enough to play one of the world’s most famous characters under 4 feet tall. So, if you need consulting on what to watch during your next Martin Freeman binge-fest, here are his top five performances.

Black Panther was a cultural phenomenon when it came out. It was a major win for Black representation in Hollywood. Naturally, a dude with pastier skin than the cast of Friends shouldn’t be the center of attention. Fortunately, Freeman knows how to step back and let other actors take the spotlight. He plays CIA agent Everett Ross who acts as an ally to T’Challa throughout the movie. There is such thing as a great supporting actor and Freeman’s performance is fantastic but Ross doesn’t outshine the Black characters because, let’s face it, this is their story. Freeman’s performance is strong in Black Panther but his performance serves more as support for the main characters. Through this movie, Freeman helps to make sure Black voices are heard by stepping out of the spotlight and letting Black actors shine.

If Americans need this put in Americanese, Freeman was Jim Halpert before Jim Halpert was a thing. Yes, darling naïve Americans, there was a The Office before America decided to take it and claim it as their own. I’m not going to say that the British Office is better (my passport does say, “Team USA!!”) but The Office UK did originate the atmosphere and the baseline personalities of the characters that would eventually populate the office of Dunder-Mifflin Scranton. Freeman played love-sick and bored as can be Tim Canterbury. From Tim’s very first talking head, we immediately fall in love with him. I would not be surprised if Freeman worked in an office before making it as an actor because, in that monologue, he perfectly captured the tedium and restlessness that everyone feels at their job. This made Tim the most relatable character in the series and would pave the way for an amazing character arc. Tim serves as the emotional anchor that cuts through all the goofiness that is The Office. His relationship with timid receptionist Dawn is what keeps people hooked on the series and wanting more.

Martin Freeman tests out just how loose his character’s morals can get, how far into the world of crime a regular old insurance salesman can find himself, and how thick a Minnesotan accent can get when delivered by a British actor in this miniseries. Freeman plays Lester Nygaard, a beaten-down insurance salesman who has let life get the best of him. His transformation throughout the first season of Fargo turns him into an item on the Minnesota most wanted list. Freeman perfectly portrays the terror and thrill thrown into the ways of crime.

I know the answer to the great question of life; the question that all existence hinges on. The answer is 42. Granted, I don’t necessarily know what the question is. If you want a movie that’s just pure campy fun, Hitchhiker’s Guide was made for you. The movie is absolutely hilarious and the dialogue is just joke after joke dripping with sarcasm and absurdism galore. Freeman plays Arthur Dent, a man who is saved from the end of the earth and brought aboard a spacecraft with his old friend who he comes to find out is an alien as well as a president of the galaxy with the work ethic of a drunk Rockstar, a clinically depressed robot, and the love of Arthur’s life.

Arthur is the only character who would not be considered clinically insane on earth. Freeman’s comedic timing is perfect and he acts brilliantly as the straight character in such a crazy movie.  Arthur’s plotline with Zooey Deschanel’s Trisha is what grounds the movie in reality and gives a human core to all of this extraterrestrial madness. Freeman and Deschanel’s chemistry is brilliant and it gives the movie a much-needed break from the craziness of what’s going on around the lovebirds.

Dr. John Watson has been by Mr. Holmes’ side since the original Sherlock Holmes novels back in the late 19th century. There have been hundreds of film, TV, and theater adaptions of the stories of the world’s greatest detective since then and John Watson has been Holmes’ most trusted companion in all of them. I’d argue that Martin Freeman gave the world the best interpretation of Holmes’ loyal assistant. Watson is Holmes’ closest companion and therefore the only person who sees through his brilliance and can find the human within.

Freeman adapted the character of John Watson for modern times and played the character with a striking balance of both the awe Watson traditionally feels being the most frequent witness to Holmes’ work and the jadedness towards Holmes’ antics that Watson feels knowing there’s a person somewhere under all the pomp and frills of the world’s only consulting detective.