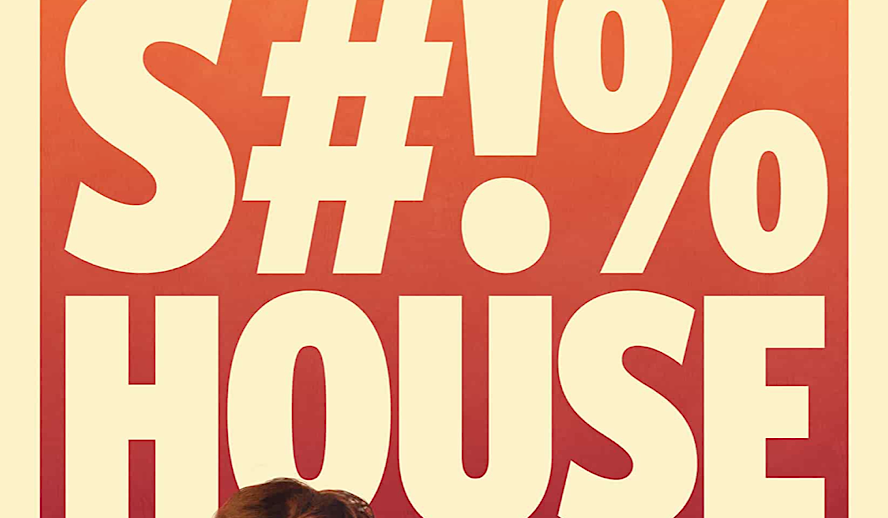 There will never be a more infamous genre than the classic coming-of-age college movie. The crisp autumn air blowing around a picture-perfect campus, finding yourself in the newly discovered freedom, and making friendships to last a lifetime- the average university experience, right? Cooper Raiff’s directorial debut Shithouse is here to call Hollywood’s bluff. Impolitely named Shithouse after a legendary frat party within the movie, Raiff’s first feature-length film is an ode to the unspoken truths of higher education that have nothing to do with difficult professors and complicated lectures.

The film follows first-year college student Alex over the length of a weekend, where he decides to go to a party and try to be sociable. Alex, six months into his first year, has no friends, no life, and no source of happiness to keep him attached to his school, and the raging party makes no difference. After a brief run-in with his RA, a sophomore named Maggie, Alex calls it a night and returns to an embarrassingly drunk roommate who proclaims his hatred of Alex before projecting a series of bodily fluids. Choosing to sleep in the common area instead, Alex finds himself in another conversation with Maggie and the night begins to truly unravel.

Related article: The Struggle of Independent Films In A Blockbuster Industry

Cooper Raiff Is A Triple Threat

Cooper Raiff is not only the lead actor and director but also the writer of this witty, longing piece of work. He accomplishes something entirely incredible with his humble portrayal of a boy who is learning how to work and grow by himself for the first time, but the movie does not feel aggressively self-centered, as self-directed films often run the risk of. Instead, it is the brutally honest depiction of anyone who has entered college with the expectation that things are going to be exactly as the movies have promised them. College is lonely, the kind of loneliness that you can feel deep in your bones, and it rears its ugly with every moment you spend eating overpriced dining food alone or every night you spend staring at your ceiling.

I am in my second year of university, and my first was impeded by the coronavirus pandemic. I related to Shithouse on a level that I do not care to admit, and it felt refreshing to know that I was not alone in the monotonous routine of trying to seem like you don’t care at all, while inwardly you care so, so much. One of Raiff’s best writing triumphs that were highlighted by his acting talents were the moments of feigned nonchalance, like when asking Maggie if she wanted to get breakfast burritos after they had spent the entire night together. You don’t want to seem too forward, but it’s so ridiculously easy to get attached to someone in your first months of college. Watching Shithouse was an experience within itself, the narrative’s gripping honesty paired with the easy-going nature of young adults today.

As mentioned, Cooper Raiff plays the leading role of Alex Malmquist, a college freshman, and an all-around lonely guy. He does so with a natural ease that is impressive for someone who also wrote and directed the film, and his endearing smile mixed with a relatable personality is a sure winner. The imitable Dylan Gelula, one of the most under-recognized industry talents, plays Alex’s resident advisor, Maggie Hall. Maggie is admittedly similar to many of the roles we have seen Gelula play, but she dominates the all-knowing, regretfully sensitive character trope with perfect form. Logan Miller also makes his return to the obnoxious friend type, as seen in movies like Love, Simon, and Escape Room, in his role as Sam, Alex’s drunkard roommate who eventually warms up to Alex and gives him invaluable advice. The cast is definitively small to reflect Alex’s tight world, but it is not suffocating; The lack of characters adds to the feeling of extreme loneliness that emphasizes Alex’s plight.

‘Shithouse’ Is Honest To A Tee

As a young adult living and reviewing movies in the world of Hollywood bigwigs and well-lived writers, Shithouse was one of the first movies I’ve watched where I really saw my experience reflected in the writing. This is undoubtedly due to Raiff’s twenty-three-year-old self, recently graduated from college, who experiences the world in a very similar way to his target audience. There was no awkward and bumpy slang, no one tried to overuse “lit,” “bae,” or “fam,” and the cultural references felt natural and appropriate for the moment. Alex cautiously liked three of Maggie’s photos on Instagram to remind her of his existence, and I laughed out loud because I did the exact same thing with the first person who showed interest in me at school. Besides the instinctive ebb and flow of the script, Shithouse felt like it could be happening one dorm room over from mine.

Everyone who is anyone within the film community wants to tout their patronage of the quintessential Indie Film, the perfectly offbeat movie filmed on a thirty-five-millimeter camera. Shithouse is a genuine indie, coming-of-age triumph that has the raw emotion that most blockbuster hits are sorely missing. The feeling of sheer emotion bleeds through in the earnest camera style and the moments that make you laugh out of the left field, and the characters show an honesty that is not often “wanted” in more aggressive stories. The romance is very reminiscent of 500 Days Of Summer, where Alex is sensitive and pining while Maggie understands what she needs and what she can give- however, this script gives Maggie depth and life that most romance films are unable to provide. Cooper Raiff is certainly a talent to keep an eye on, especially considering he is a self-taught filmmaker, and I am excitedly waiting with bated breath for his next project and what he has to offer the world. Rarely is it that I come across a movie I will recommend with my last breath, but Shithouse is certainly one of these films.