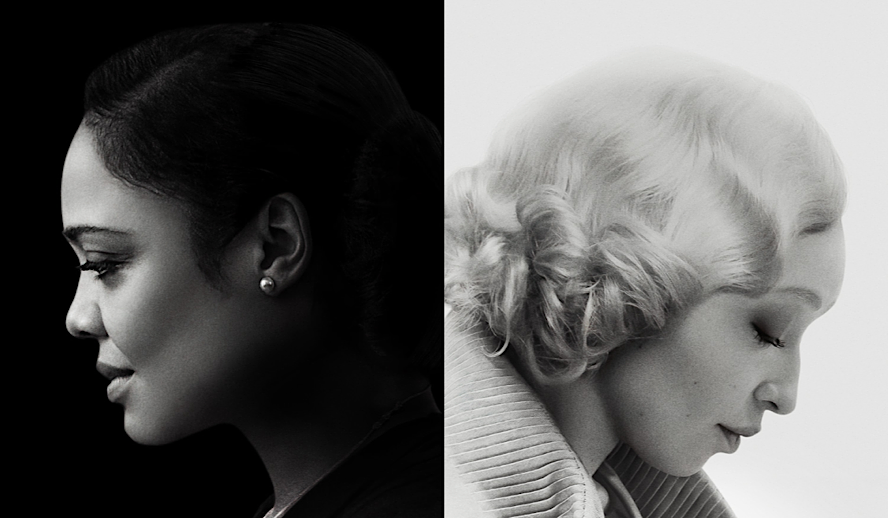 ‘Passing’ is Netflix’s new film, wisely shot in black and white. The monochromatic movie is a story that leaves no space for shades of gray but takes you inside a world where color is taken extremely seriously. In Rebecca Hall’s directorial debut, Hall did not bypass her opportunity to share parts of what shaped her. She was well aware of the utensils needed inside her director’s toolbox, consciously manipulating every frame to her advantage.

‘Passing’ recounts the tale of two black women who might “pass” as white in a segregated society. One of them embraces her natural background as a black woman, while the other strays entirely away from it. Irene Redfield (Tessa Thompson) seems like a woman content with her life. A doctor for a husband and two beautiful kids, but as the old saying goes, nothing is ever what it seems.

One afternoon, Irene is “passing” as white on the other side of town, meaning the area where people of Irish and German descent are more than welcome, but darker skin tones are judged and mistreated. Irene, unexpectedly, encounters an old school friend, Clare Kendry (Ruth Negga). The women exchange a few words and begin to get reacquainted. After some hours together, Irene finds out Clare has been living in a lie. Unlike Irene, Clare has been “passing” as white, not only for a day but throughout her life. The story evolves into one of mystery and envy, lies, and heartbreak. ‘Passing’ takes us into a dark reality.

Based on the novella by Nella Larsen, the film manages to make you breathe deeply and quietly while attempting to hold several gasps here and there. It is a film about much more than segregation, oppression, and racism. It is a story about the feminine relationships of an era regardless of skin color. It is a story about love and the lack thereof, fear, and transparency. ‘Passing’ also explores a shared reality for many.

‘Passing’ is an intriguing and soft-spoken film that awakens our inquisitive minds. The film’s premise is like an untold narrative, told through a dark perspective, cornering a reality not heard by the mainstream. The characters explore their current reality cautiously as they learn each other’s secrets, which we slowly watch unfold before our eyes. ‘Passing’ is a film that was, intentionally or not, made to educate and raise an emotion of understanding and seethe deep questions about society.

It’s Been Ninety-Two Years, But Sadly, Some Things Haven’t Changed

It is not only that the story’s narrative has remained relevant towards the rules in today’s society that makes this film exceptional. Especially knowing the novella was published in 1929. But Rebecca Hall’s approach to the original tale seems to honor its remains while also maintaining Larsen’s ink behind its characters. Hall created a film without forgetting a story like Larsen’s is one to explore deeply, happily delivering something complex, relatable, and in a way, modern.

What makes ‘Passing’ great is the ambiguity in which much of the plot rides in. More often than not, you find yourself holding your breath while avoiding gasping loudly. It is an intricate film that changes the Hollywood narrative significantly. While this specific shooting style has been seen for decades, the common woman protagonist in period pieces like these (black and white films) are usually white women. Here, we find a new set of leads, Thompson and Negga, with as much talent and captivating stories. ‘Passing’ does its job well as a commemoration of identity, an exploration of culture, and a soft condemnation of the everyday racism still lived today.

‘Passing’ explores the idea of exoticism, the curiosity for the culturally unknown, which is congruent with one of its main plot lines of racism. The unknown is always searched for and approached by the film’s characters, but none of them attempt to understand it. ‘Passing’s’characters live in a reality where they have to settle for what they are, or downright lie about it, all attempting to survive their ordeals.

Tessa Thompson does not fall short as the lead. Thompson manages to carry the film with her deep eyes and stiff nature. Thompson’s performance holds throughout the film a masked pain, along with a faint confusion with her sexuality that her character is unsure of how to handle. Ruth Negga is also one to admire, Irene’s Rival, the charming and innocent victim who knows well how to manipulate those that surround her. The je né sais quois nature in which Negga approaches Clare makes the story three-dimensional.

‘Passing’ had fantastic imagery and beautiful shots used throughout the film. Many opening sequences still linger in my memory, from the first to the last frame. The visuals made by director Rebecca Hall gives a beautiful and melancholic sense. There was a poetic incentive that followed the film throughout, especially on moments of stillness. Interestingly, most of those moments were seen through a window, a tool that was helpful to coerce its viewers towards the screen, causing an immense feeling of mystery.

An Artistic Film Not Allowed To Pass On

The film ignites an interest in what seems to be tranquil landscapes, while the characters are juxtaposed to that feeling of peacefulness. The birds-eye view of broken things causes the mind to rumble, as the shots themselves speak a lot of what is not being said. The artistic nature of the film leaves no space for audiences with impatient nature, as many of these films tend to lean on the slower pace. The answers are barely found, but the story is exceedingly clear. The movie might leave you gasping in confusion at the end, but all in all, the answers are whatever you want them to be. ‘Passing’ is not a film you would like to pass on, even if you are the type that needs the answers lying on the surface, the thematic element and unusual storyline are enough reasons to at least watch once.

Based on the novel by: Nella Larsen

Written and Directed by: Rebecca Hall