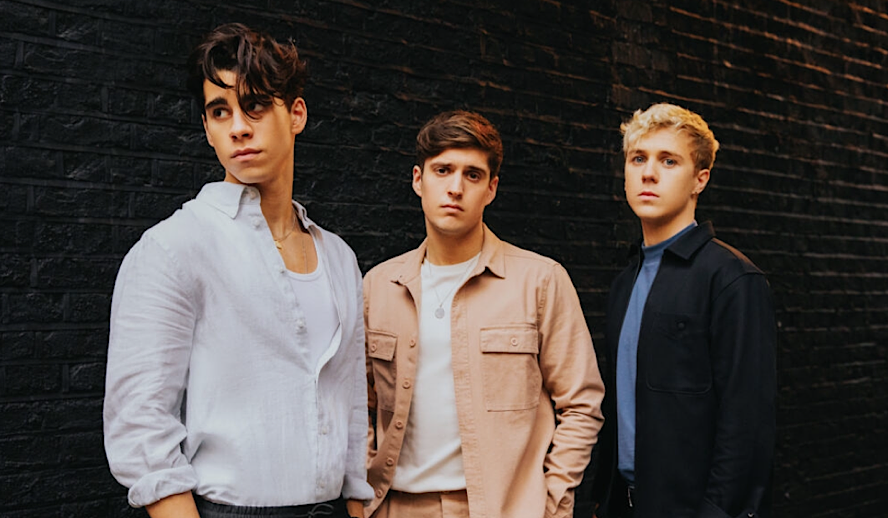 While in quarantine I have been discovering all sorts of new music. One act that I stumbled across earlier this year has stood out to me. The band New Rules, including Nathan Lambert, Alec McGarry, and Ryan Meaney, have been releasing hit after hit and it has not gone unnoticed. In a short time, the UK based band’s social media followers climbed and the three guys continued to put out catchy and well-thought-out tunes. One song that makes a big impact is a track titled ‘Pasta’. They’ve only been around for a little over a year, but they are without a doubt the band to watch.

A Bowl of Pasta – New Rules

A song called pasta may seem odd, but after giving this song a listen it’s really not. One of the band’s latest singles is ‘Pasta’, a track not about Italian cuisine but rather body positivity. The song starts by stating “All she wanted was a bowl of pasta without anybody looking at her,” and continues to tell the tale of a young girl feeling so weighed down by the pressures of womanhood and the internet that she can’t even enjoy a meal. Been there, got the ribbon to prove it! Every girl can relate to the notion of not feeling like they are enough. They don’t have the best job, or the best looks, or the newest car.

With the rise of social media, it’s far too easy to start comparing yourself to perfect strangers. They use this desired bowl of pasta as a trope for the ways in which girls are often set up for failure when it comes to body image. Between models, celebrities, and picture editing apps, women on the internet are subject to a lifetime of comparison and unrealistic expectations of beauty standards. Sometimes as women it’s hard to sit back and remember that social media is one big highlight reel, but ‘Pasta’ really shifts things back into perspective in the very best way.

The guys go on singing:

“There’s been a lot of pressure on me lately

To wake up everyday and look amazing”

So I said “you’re the prettiest thing in the world”

Look at what we’ve done to the girl”

“Why are you always scrolling through your phone

Only comfortable when we’re on our own

Why you gotta care what people think”

This boppy teen romance song is more than just bubblegum pop and a repetitive chorus. In fact, it’s none of those things. Instead, the band takes a simple story that could apply to any person in the world and highlights the ways in which we have created this toxicity on the internet. It’s a common thing that you wouldn’t really think to put into a song. But these guys did, and boy are we glad. The song’s message is so on point, and did I mention how catchy it is (seriously it will be stuck in your head for days, take it from me). What makes it so refreshing is that this song doesn’t stem from a place of chart-climbing or an obvious marketing tactic. This is simply a song by three guys who obviously care about their fan base, mostly comprised of women, and aim to bring to light the topics that not many people are willing to discuss. Major props to these three.

Related article: More Than One Direction: The Evolution of Harry Styles

Related article: Dear Frank Ocean, I Owe You, From A Big Fan

The Road To Now

As the band only formed last year, they are still pretty new to the scene. However, whatever they lack in time spent together they greatly make up for with amazing songs and career moves. Since coming together as a band officially in April of 2019, the band has toured with Little Mix, headlined a tour of their own, traveled around the world, and put out a stunning EP filled with great songs. They may be new but they are projected to make a smash hit. They’ve garnered a wonderful fanbase in the UK, who seem extremely loyal on all social media platforms. These are fans who have been there since the first Tweet, Instagram post, and single drop and they are not going anywhere anytime soon. They’ve captured the fans’ attention and the US is not far behind. Radio Disney has given a couple of their songs some radio time, and the band continues to grow every day.

Recently the guys dropped a new single titled ‘Emily’ that might just win the award as my personal favorite song from them. It’s a toss-up between that and pretty much every other song they put out if we are being honest. They may be a ‘boy band’ but New Rules is breaking down expectations and stereotypes and really forming their own creative unit. A mix between John Mayer and One Direction, this band is set to make it big.