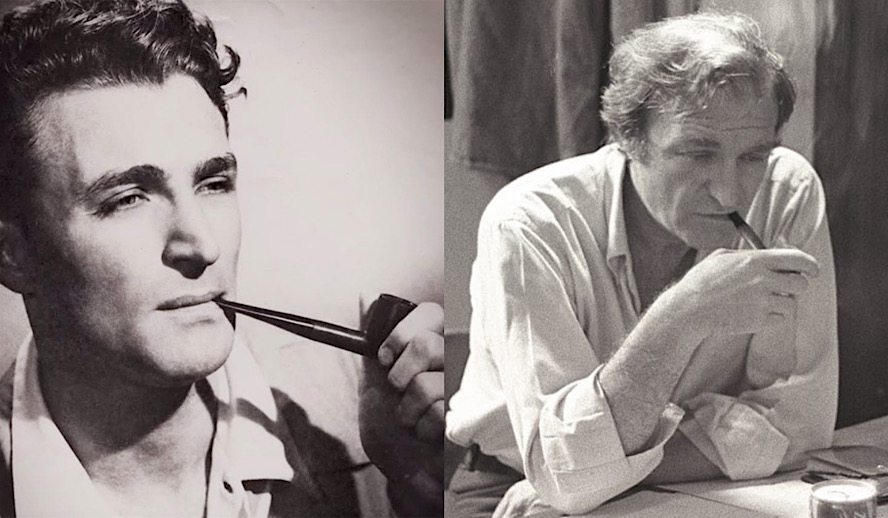 Photo: ‘It Takes a Lunatic’/Netflix

When I think of documentaries, I often associate them with heavy subject matter and a dramatic tone. Many of my favorite documentaries center around conspiracy theories and topics like injustice. While these films are certainly worthy of discussion and analysis, they can be draining. Sometimes, you need something a little less intense to relax you, especially in these anxious times.

It Takes a Lunatic is low on the intensity and high on the heartwarming content. It centers on the life and accomplishments of acclaimed acting teacher Wynn Handman, who you probably aren’t familiar with unless you’re well-versed in the theater world. Handman not only taught successful actors, such as Alec Baldwin and Michael Douglas, but he co-founded his own theater. For decades, The American Place Theater was home to some of New York City’s most well-known plays, and Handman was the overseer of the operation day in and day out. If you’re looking for something light to watch, then check out the life story of an admired person who changed many lives in the acting world.

My favorite part about the film is how it shows Handman’s path in life was not a straight line. He was in the Coast Guard as a young man and majored in English in college. He explained how he had no idea what he was going to do with the rest of his life when he was done serving. To paraphrase, he said, “I didn’t have many goals, and I wasn’t particularly good at anything.” As a young person, it’s always nice to hear when older people talk about how their life took unexpected turns. It’s a reminder that the journey is unpredictable, and you don’t need to have everything figured out from a young age.

Eventually, Handman was inspired to get into acting, and his career took off. He started as a student and worked his way up, becoming a teacher and eventually founding and directing the American Place Theater. His theater housed some of the most progressive and groundbreaking plays of the 20th century. He supported plays that portrayed the Black and LGBTQ communities in a positive light, back when that was uncommon. Not only was he a respected teacher and mentor, but he was also progressive. As a rule of thumb, it seems that people who have the courage to do groundbreaking things are the ones that are remembered in the long run.

Misleading title – ‘It Takes A Lunatic’

John Serba from thedecider.com wrote “If you’re expecting a chronicle of a “lunatic” and his colorful exploits, take a step back. The movie leans on the “reasonable, rational” aspect of Handman’s personality. He’s 97 years old, still teaching and ably narrating much of the documentary. We see him bringing the lights up and down in his actor’s studio as his students perform scenes; he critiques their work with a firm but kind tone. Frankly, he doesn’t come off as a ‘lunatic’ at all.” It’s true, the title makes Handman out to be some sort of wacky, unpredictable guy. On the contrary, he’s a gentle and peaceful man that simply wants to help people. The movie reflects his personality, moving at a slow and quiet pace, but conveying the love and warmth that he exudes.

The title is inspired by a conversation that Handman had with somebody, and it was a cute moment in the interview when he explained how someone said that phrase to him. However, it would have been more accurate to use something like “It Takes a Gentle Heart.” You can tell how much he touched people at the end when his former students lined up to say hello to him at a public park. It goes to show how treating people well will never go unappreciated or out of style.

An inspiring, yet relaxing affair

The film itself doesn’t do anything spectacular, cutting between interviews and old pictures of Handman as a young man, as well as clips of him teaching his students. But if you want to learn about an admired entertainment figure while simultaneously being relaxed and content, then this is the movie for you. It’s a nice touch to see so many recognizable actors take time out of their day to praise Handman. Even the masters of the craft had to learn from somebody.

Often when I think of the entertainment business, I think about a fascinating part of society that has many issues. Nothing is more magical than an industry that produces hit movies and shows, but it has also been marred by sexual abuse scandals and poor treatment of women and minorities. However, this film lets us take a break from that dark side of the business. Instead, it shows us a wholesome man who had no selfish intentions, he just wanted to help a new generation of actors. Baldwin, Douglas, Richard Gere, Chris Cooper, and Connie Britton all went on to have successful careers after being taught by Handman.

Not only was he instrumental to their success, but he also broke barriers by allowing progressive plays in his theater. Imagine if people like him didn’t have the courage to approve of Black and LGBTQ plays a few decades ago? How would Broadway look nowadays? Would Lin-Manuel Miranda have been able to pull off having such a diverse cast for Hamilton? It makes you realize just how important these trailblazers are. Each one helps pave the way for the next generation.