‘If Not Now, When?’: Friends Don’t Let Friends Do Life Alone 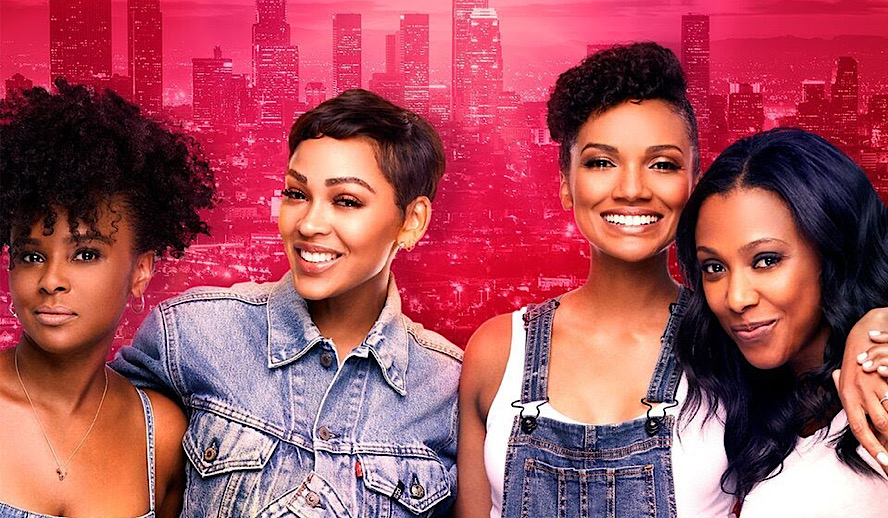 Photo: ‘If Not Now, When?’/Vertical Entertainment

Women have learned to not expect much when seeing themselves portrayed on screen. We are the romantic partners, a funny, dorky contrast to the gorgeous main character, or maybe (if we’re lucky) the sinful antagonist with a tragic backstory. With modern storytelling comes modern solutions: the stick-thin white protagonists with a quirky charm, girls with dreams that smash through that glass ceiling, girls who are good at science! And math! They’re still written by men, however, and they still represent a minuscule portion of women who watch these movies. It’s a new standard for women to measure up to, shrouded under a thinly-veiled cry of feminism for all.

‘If Not Now, When?’ isn’t holding its female characters to an expectation of perfection. Written by women, directed by women, and starring women, ‘If Not Now, When?’ understands the intricate moments of a life that hasn’t gone in the direction you planned. Meagan Good and Tamara Bass make the first female African-American co-directing team as they tell the story of four women in their early thirties when a tragedy forces them to come together again for the first time in years. Former high school best friends, Tyra, Patrice, Deirdre, and Suzanne band together to protect their dreams, families, and lives when Tyra is admitted into an in-patient rehabilitation facility after a life-threatening overdose.

The importance of this film not only lies in honest female characters but Black female characters, written specifically by a Black woman. This film does not rely on harmful stereotypes that these women have admittedly been playing their entire lives- Meagan Good stated in an interview that when formulating the beginning of this film, she and Tamara Bass “knew that we were represented recently in the comedy genre and had played second fiddle to men for years.” Women are obviously at the forefront of this film, but it was interesting to see their relationships with men reflect reality in a way that didn’t draw attention from the story but kept the audience grounded. The women were not fulfilling the “Girl Boss” narrative, the conversations had ebb and flow, the men gave and the women took at the appropriate moments, and it felt earnest in a way that is exceedingly rare.

Community was the thesis of this film; Having it, relying on it, and being thankful it’s there when you have nothing else to fall back on. The general communal aspect of Tamara Bass’s screenplay was such a joy to watch as an audience member, and even more comforting to see when we are in the midst of a pandemic. The four friends act more like family for their children, especially when Tyra, played by Meagan Good, is admitted into the rehabilitation facility and cannot care for her teenage daughter. Without hesitation do the other women stand up and offer to care for her, even with their own trials and tribulations that may stand in the way. There is no question of love among the varied characters from the beginning, which was a very pleasant establishing fact for the audience. We knew, no matter what would happen, that these women would return to one another- almost like marriage vows. In sickness and in health. For better or for worse, they had one another.

It takes a talented cast to build a believable history that takes place entirely off-screen, and the cast of ‘If Not Now, When?’ nailed that challenge directly on the head. Meagan Good plays Tyra, a woman who was forced into adulthood far before she was prepared, and it was truly incredible to empathize with her past just as strongly as she was portraying it. Mekia Cox plays Suzanne, the wife of a famous football star, whose facade of a perfect life is starting to crack at the edges. Tamara Bass is Patrice, a medical practitioner who is unable to dream of a future with a family and a man who will unconditionally love her. Finally, Meagan Holder plays Deidre, who is managing her career as a professional choreographer when her ex-husband starts to walk back into her life.

Together, these women create an electric force to be reckoned with that is delivered in a quiet, homey package. They experience extreme highs and lows as a group, and we, as an audience, get to laugh, cry, and be with them through their journey. This slice-of-life film creates such a welcoming atmosphere that it is almost impossible not to enjoy.

The Directing Team That Also Stars in ‘If Not Now, When’

It is certainly interesting that Meagan Good and Tamara Bass both direct and star in this film, but I didn’t find it as much of a nuisance as that issue usually poses. The acting was never stagnant or flat and the women still connected to their characters in a way that was apparent on screen, and they never sacrificed the story of another character for more screen time. With the sheer amount of sub-plot lines, one can imagine the amount of juggling Good and Bass had to manage to ensure that each character had finished their journey by the end of the film; They managed it, however. Good and Bass are a strong, infallible directing team, and I hope we see more from this duo in the future.

If not for any of the other hundred reasons to go see this film, you should watch ‘If Not Now, When?’ for a story of hope, life, and the friendships we rely so heavily on. This is also a perfect addition to your watchlist as we kick off Black History Month– there is truly no better way to celebrate than supporting Black, female, and independently written, directed, and produced content. ‘If Not Now, When?’ is open and honest while still maintaining laugh-out-loud (and sob-out-loud) moments between these well-rounded, whole characters. It’s perfect for filling in those quarantine-created gaps that can feel so desperately lonely at times, and I promise that you will leave feeling newly appreciative of the community you build around yourself.

‘If Not Now, When’ is now available to stream on Amazon Prime Video, iTunes, Apple TV, and VUDU.