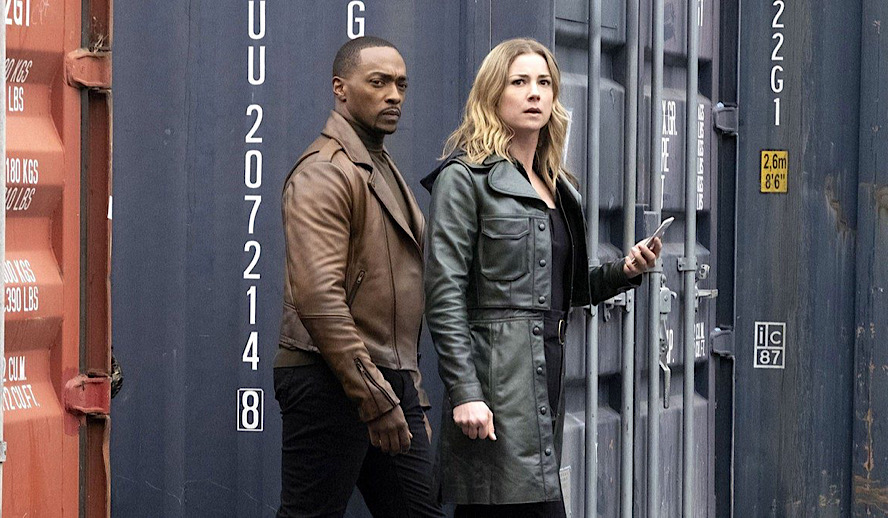 Photo: ‘The Falcon and the Winter Soldier’/Disney+

Episode 3 of ‘The Falcon and the Winter Soldier,’ titled ‘Power Broker,’ premiered on Friday. As the midpoint in the Disney+ six-episode limited series, the episode finally gave fans a firm handle on what to expect from the show. Warning – this article contains spoilers!

‘The Falcon and the Winter Soldier’ – A Return

Unique about Episode 3 is its revival of several characters from Marvel’s past. Firstly, is the return of Helmut Zemo (Daniel Brühl), a villain from ‘Captain America: Winter Soldier’ whose appearance was teased in the show’s last episode. Only this time, Zemo is not an adversary but rather a comrade to Bucky and Sam – brought together by their shared desire to rid of the Super Soldiers. Though Zemo is untrustworthy at first, he proves his loyalty to the team throughout the episode, using his family’s wealth (his father was a Baron, after all) to aid the team’s travels.

Related article: Episode 2: ‘The Star Spangled Man’ – ‘The Falcon and The Winter Soldier’

Related article: Episode 1 – ‘The Falcon and the Winter Soldier’ – The Hero’s Shadow Looms Large – And the MCU Soldiers On

This is also the first episode where we arguably see the return of the Winter Soldier, Bucky’s Super Soldier persona. This isn’t a full return, but Bucky is forced to don the identity in an undercover mission, where Zemo and Sam must also put-on disguises. This is a pretty unexpected element of the episode, as the entirety of ‘The Falcon and the Winter Soldier’ follows Bucky’s arc into shedding that persona, transcending it, and moving forward. A clear trigger for Bucky, perhaps he still hasn’t 100% left Winter Soldier behind, which begs the question if we will see it return in the future. Either way, this is an exciting and cool element to see return!

Other cameos in the episode include Sharon Carter (Emily Vancamp), who has appeared in past Captain America films, and Ayo (Florence Kasumba), a Dora Milaje from Wakanda. Carter helps the team with a stint in Madripoor while Ayo appears in the very last scene, teased in the same way Zemo was in Episode 2. All of these appearances represent the intricacies of the Marvel Cinematic Universe and the world it has built over the last decade. In past episodes, we have been introduced to a new world order, characters, and villains. But in ‘Power Broker,’ Marvel doesn’t just move forward, it brings back elements from the past. This is a surprising move that will delight fans, while also binding the MCU more tightly together.

By Episode 3, we’ve now gotten a pretty good idea of the show’s tone and style. While it isn’t as innovative or unconventional as WandaVision – which hinged on theories, the unknown, and a subversion of all the rules – it’s still pretty exciting and works the Marvel formula well. At the same time, this is still one of the first times that Marvel is delving into a long, multi-episode format, so everything still feels new and untested. Overall, these are all elements that are attractive and likable to the Marvel audience – teasing the new superhero slate for Marvel’s Phase Four. It’s the epitome of cool, sleek, and stylish.

Tonally, the show has a dramatic feel, while still being peppered with humor throughout. It’s a playful tone that works, since we already know these characters and feel connected with them. Actually, the banter between Bucky and Sam is probably one of the biggest highlights of the show, adding a lot of relatability and humanity to their relationship. As characters who have mostly been supporting or on the sidelines, it’s nice to be able to have the time to explore these dynamics in a more casual, natural way.

Genre-wise, it’s safe to say that ‘The Falcon and Winter Soldier’ lies in Action and Relationship Drama, with Sam and Bucky using more hand-to-hand combat and the show focusing on their friendship and differing philosophies. These two poles complement each other well, giving Sam and Bucky’s superhero personas time to shine while also showing how their civilian selves are dealing with issues like PTSD, relationships, and loss. The issues they both have with confronting emotions are great to see in terms of tackling the issue of toxic masculinity.

Visually, the show simply has a lot of style. Whether that be in the characters or their fighting styles, Bucky and Sam are presented with a lot of polish. In this episode for example, there are a variety of power shots of the team dressed in tailored costumes (Zemo has an incredible high collared, long coat for example). The cinematography is sleek, littered with vivid colors and lighting that definitely feels more manufactured than natural. But that’s okay – this is an escapist, superhero after all.

A Study of Symbolism and Patriotism in America

While previous episodes highlighted issues of race in America, ‘Power Broker’ specifically questions the act of pedestalizing superheroes in America, allowing them to get away with practically anything they want to in the name of Patriotism. For instance, fans will of course remember that in ‘Avengers: Age of Ultron,’ the Avengers practically decimated the capital of Sikovia in the name of protecting humanity. With the rising problem of the Super Soldiers in ‘The Falcon and the Winter Soldier,’ our characters question if anyone should be raised to that superhuman level – villains and humans alike.

An important symbol in the show is Captain America’s shield, which Sam gives away in Episode 1 and finds later that it has been awarded to John Walker, who is named the “new” Captain America. Sam’s refusal to don the shield acts as a major crux in his relationship with Bucky, who adamantly believes he should have kept it. To Bucky, the shield not only represents Steve, but the values that he upheld. But as Sam says in this episode, he’s starting to realize that he shouldn’t have given it away, but that “maybe [he] should’ve destroyed it.”

In ‘Falcon and the Winter Soldier’ we are also introduced to the Flag Smashers, a revolutionary, anti-patriotism group that wants to return the world to its inter-Blip state. While they are seen as purely antagonistic in the beginning, the show begins humanizing its leader Karli Morgenthau (Erin Kellyman) in this episode, making her feel more empathetic and relatable. At heart, all the Flag Smashers want is a world order where everyone is unified. Even if they aren’t going about it the right way, their philosophy is an important one to consider, especially coupled with all these discussions on patriotism and blind loyalty.

All in all, ‘The Falcon and the Winter Soldier’ continues to add layers to its political commentary, directly putting American patriotism on the stand in this episode. This is a pretty effective way to tackle these issues too, since people are more likely to listen when the story is already centered around characters they like and support. On Marvel’s part, this is a bold intention they are pursuing, and they honestly should be applauded for it. While only time will tell how strong the show will go into these hard-hitting topics, it’s great to see a big, influential studio willing to confront these issues in such a critical time for politics and human rights.

Episode 3 of ‘The Falcon and the Winter Soldier’ is now streaming on Disney+.