‘The Snitch Cartel: Origins’ Tells The Story of One of The Most Infamous Cartels of Colombia 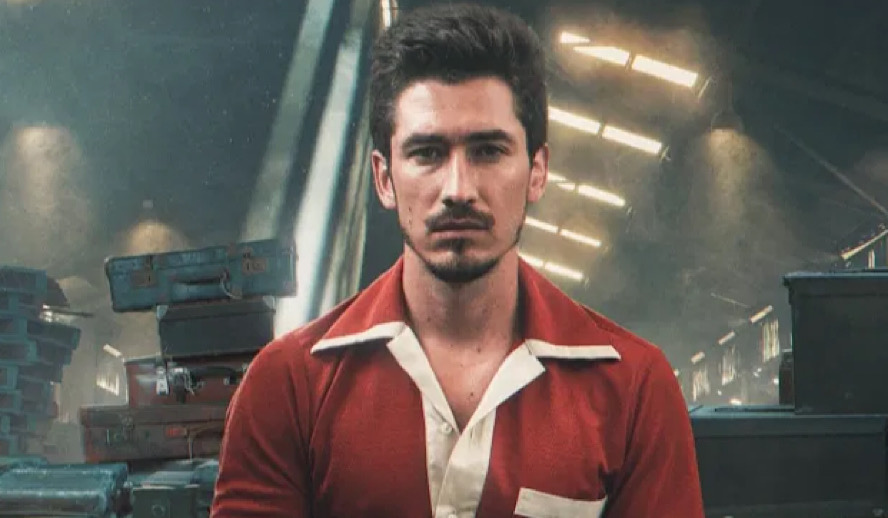 When a lower-class family is forced to beat hunger by their means, sometimes the younger ones tend to take the crooked route. ‘The Snitch Cartel: Origins’ is a Colombian TV series inspired by the real lives of Colombian drug lords that belonged to the infamous cartels of Cali, Colombia.

The story is based on a book written by Andrés López López. The book was a hit in its native country of Colombia, and Latin America, because of its believed accuracy and realistic approach to the subject, Drug trafficking. Andrés López López used the book to share his memoirs, as he was once a member of the Cali Cartel. The book goes into great detail about how Andrés López López, aka Florecita, became a Miami drug king after his humble beginnings as a cocaine cook and driver to the chief drug dealer of the Cali cartel.

‘The Snitch Cartel: Origins’ follows the life of a lower-class Colombian family whose father decides to walk away from his responsibility to embark on a drunken frenzy accompanied by estranged women. The two brothers decide, then, to step ahead and find a way to support their mother, and by mistake, they enter into the world of crime.

‘The Snitch Cartel: Origins’ Is It Based On a True Story?

The show is a sort of reboot of the hit Colombian series ‘El Cartel de Los Sapos‘ (The Cartel Snitches) from 2008, that also used the book written by Andrés López López as an influence for its plot. And I say sort of, because, although the series is based on the same book by the Colombian writer, this version takes place fifteen years before the time of ‘El Cartel De Los Sapos.’ ‘The Snitch Cartel: Origins’ is basically about the lives of the main drug lords of the Cali cartel, the main ones, the ones who had an ongoing war with the infamous Pablo Escobar. The Cali Cartel was once cited as having control of over 80% of the world’s cocaine market, making it a very important enemy of the American government.

We’ve Seen This Before, Well, Sort Of….

The show consists of sixty episodes that might seem to drag at first glance, but in reality, they always find a dramatized loophole to keep you interested. Back in 2008, I binged watched the whole series of ‘El Cartel de Los Sapos,‘ I was literally obsessed with the actor’s performances and the comedy and personification they found in their roles. Manolo Cardona, who played the lead, did an incredible job as the narrator-slash-main snitch of the cartel.

Besides, Andres Parra, who later played Pablo Escobar in the Colombian Telenovela ‘Pablo Escobar: El Patron del Mal‘ (Pablo Escobar, The Drug Lord) is a genius of acting. I am not exaggerating when I say genius, let me tell you, he was so precise in his performance that he would literally breathe in the same manner as the real Pablo Escobar. So, I am, obviously, a fan. And, yeah, many great actors inundated the screen with that show. Plus, the writing was phenomenal. The writers kept finding jokes and expanding in every episode on the friendships between each character, which added significant care to the plot because when any sort of betrayal happened you were left disappointed, hurt, and in complete shock. It was as if you had just been deceived by your own best friend.

After being such an admirer and having watched the fantastic organic and culturally realistic approach and portrayal of the world of ‘El Cartel de Los Sapos,‘ I couldn’t stop myself from comparing the two. The difference between both series is how ‘The Snitch Cartel: Origins’ approaches its characters. The writing often leans on the drama, forgetting to uplift parts of it, leaning way too hard, most of the time.

A woman narrator helps the story, as it changes the perspective, to an understanding one. As I kept watching, I realized this version focuses, more, on family and the effect that drug trafficking has on relatives. As in the ‘Cartel de Los Sapos’ the relationships between each drug lord were extremely important, as they’ve become good friends throughout the years. So, betrayal is still a big theme covered by both series, and they have added some forbidden love stories to soften out the character’s wrong-doings.

The cast consists of familiar faces known in Colombian Television. The performances matched up to expectations, everyone understanding the importance of their role. The series caught my attention because of its casting selection. Angélica Blandón, was one of the leads on another Colombian Telenovela called ‘Las Muñecas De La Mafia’ (The Mafia Dolls), about the lives of the high-end escorts for the Colombian drug dealers. Blandon is one that always delivers as expected, and she did not disappoint. Another familiar face was one of Patricia Tamayo, who plays the mother of the main drug lords. Patricia Tamayo does a phenomenal job, as she always finds a way to let the audience know the adoration she has for her children, loving them so blindly, that she does not question who they really are.

So, Should you watch?

I believe this particular series to be very niche, you can either, completely love it, or just despise it, there’s no in-between. If you like extremely dramatized shows with added action scenes, shootings with slow music, and men with cool mustaches, this show might be for you. Plus, if you like listening to the Colombian accent, the real one, then it will most definitely be for you. Besides, if you think about it, you can learn some cool Colombian slang while watching it. So, I think that’s a huge plus!