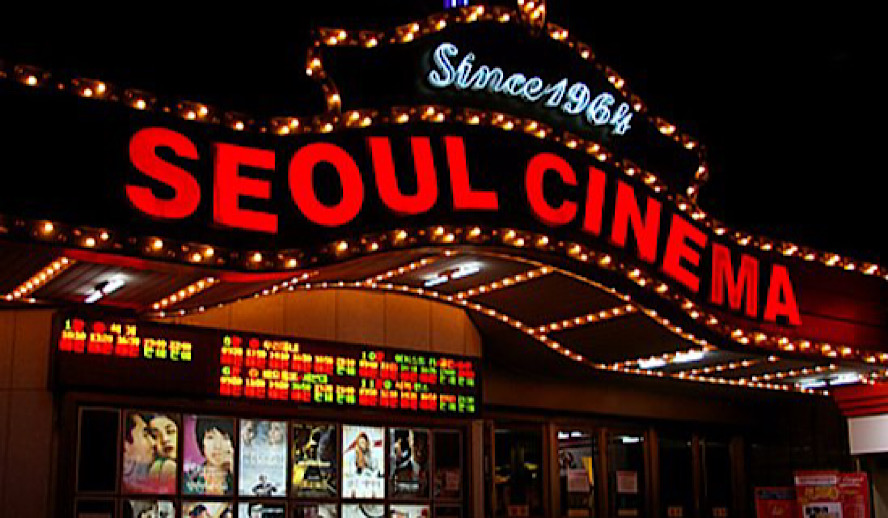 When the Seoul Cinema was established in 1979 it had only one screen. Built-in and named after the South Korean capital city of Seoul, the cinema quickly became a staple to not only the Korean film circuit but to the entire community. In 1978, Korean production company Hapdong Film acquired a small theater, Segi Theater. The production and distribution company pumped funds into the business and, like a flower coming to blossom, the theater transformed before the community’s eyes.

Adding eight floors and 12 screens, The Seoul Cinema would become Korea’s first Multiplex. The cinema would eventually go on to become the home of several film festivals, Mise-En-Scene Short Film Festival and Seoul Eco Film Festival, amongst others, and would welcome hundreds of thousands of movie-goers, annually. The Seoul Cinema was hampered quite dramatically due to the pandemic, seeing its business decrease more than 75%, placing a massive financial burden on the already struggling entity. In South Korea, similarly to America, chain-megaplexes are becoming standard. We have AMC, whereas CGV and Megabox reign supreme there. As chain theaters become the norm, small, independent theaters will continue to be squeezed out worldwide, and this fact is only accelerated due to the intense burden that was 2020.

The Seoul Cinema – The Storied Korean Life in Cinema

To even the most moderate movie-goers South Korea has an identifiable and illustrious history within cinema. The 1950s and ’60s were considered the “Golden Age” of Korean Cinema as works like ‘The Housemaid’ (1960) rocked Western audiences upon discovery more than 40 years after its release. Jean Michel-Frodon, Editor-in-Chief of Cahiers du Cinema stated, “…a marvelous feeling—marvelous not just because one finds in writer-director Kim Ki-young a truly extraordinary image-maker, but in his film such an utterly unpredictable work.” while describing the western introduction to the film in the year 2003. By the 2000s Korean cinema had become a worldwide powerhouse touting directorial names the likes of Bong Joon-ho, Park Chan-wook, Lee Chang-dong, and Hong Sang-soo. These four directors alone would be responsible for worldwide cult fan bases for awe-inspiring titles like ‘Burning’, ‘On the Beach at Night Alone’, ‘The Handmaiden’, ‘Oldboy’, and, as decided by Letterboxd, the best movie ever made, ‘Parasite.’

The best art typically reflects the anxieties of the society that bore it. In other countries, the only thing reflecting those worries is in art, and it can be argued that no class on modern Korean history is complete without understanding the films of the Korean New Wave. They offer some of the best rebukes to a government that has sometimes used Cold War-style politics despite being a striving Democratic Country. Turns out South Korean Cinema is often a battleground between the Government and Filmmakers — and how to best represent society to their citizens and the world.

It is this very sense of identity, intelligence and understanding of the medium that makes Korean cinema the indomitable force that it is. But as we begin to see the cracks in the foundation that built the art form to what it is today is a very worrisome augur for the future of Korean, and worldwide, cinema.

The financial movie theater statistics worldwide have been rather horrifying and the numbers pertaining to the Eastern Asian nation of South Korea have been more troubling than most. According to Statistica, there are 610 individual movie theaters within the capital province of Seoul, in the year 2020, Seoul saw 81 theaters shutter their windows. More than 13% of all Seoul movie theaters closed business permanently in Seoul just last year, alone. Seoul hasn’t seen many theaters close their doors in more than 12 years, which, unsurprisingly, followed several years of economic turmoil in the country.

Theaters have been lambasted by the effects of the pandemic. Obviously, any kind of social gathering was essentially illegal making it next to impossible for a business model that depends on filling a large room with people. Movie theaters worldwide watched their revenues decrease by more than 75% annually and were left swimming upstream for an innovative way to right the ship. In 2019, 1,222,144,224 (yes, one BILLION) movie tickets were sold. In 2020, less than ¼ of a billion, 223,880,995, exactly, through the entire calendar year.

That is a decline of nearly 400%, an absolutely horrifying statistic for any entrepreneurial mind. What is most sad, and indicative of the world, at large, is that the people most widely affected by the harsh reality of the previous year are the independent and privately owned. Lucky for AMC, they are a publicly-traded company and could issue stock in their company to raise money quickly, whereas, for a private company, there is no surefire way to come up with cash when need be. This results in disproportionate statistics where the majority of closings come from the private sector.

A Sad Day in Korea

It is a sad day anywhere in the world when an artistic landmark such as The Seoul Cinema closes. This closure signifies the world’s rapid acceptance of the corporate entity and disregard for what has been a staple to the community and economy for decades. There will most certainly be economic, social, and artistic ramifications for the closing of The Seoul Cinema as there are always ramifications for any unjust result. These consequences are unknown at present, but will reveal themselves eventually and have stark and unrealized consequences. The closing of The Seoul Cinema marks the end of a storied business that helped, entertained, and supported countless. Truly, a sad day in Korea, and here, with me.