The Rising Power of Michaela Coel in ‘I May Destroy You’ 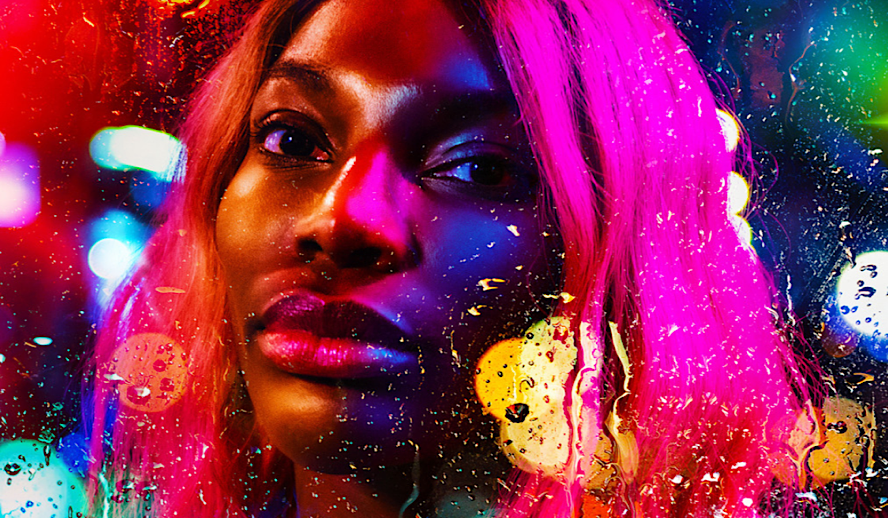 Photo: ‘I May Destroy You’

Michaela Coel is a new age Renaissance woman with the talents of writing, directing, and acting. The mastermind behind ‘I May Destroy You’ is redefining victimhood, consent, and the chaotic road to healing. Coel is a trailblazing storyteller and the creator of the Emmy-winning series ‘I May Destroy You’. The series’ creator, writer, and actor shines a light on the various forms of consent, or lack thereof, through the perspective of a group of friends in London, England who embrace life, sex, and the essence of self-care.

The main character Arabella (Coel) and her closest friends, Terry (Weruche Opia) and Kwame (Paapa Essiedu) rely on one another as they are forced to understand the realities of sexual trauma, consent, and deceit. Arabella’s assault is semi-autobiographical to Coel’s personal experience as a young, black writer navigating a world that harbors racism and misogyny. The writer’s unguarded interpretation of chaos through the lens of a sexual assault survivor is a harrowing experience that is captivating and yet, educational.

Despite the chaos and the myriad of issues presented on the show, ‘I May Destroy You’  was one of the most healing shows during quarantine due in part to Coel’s unparalleled humor accompanied by the raw charisma of Opia and Essiedu. Coel exposes societal errors of misconceived notions on consent, self-narratives, and how women struggle to find security within a misogynistic society where toxic masculinity is nurtured.

The Brilliance of Michaela Coel

The most intriguing part of the script is how Michaela Coel brilliantly analyzes the gray areas of sex and consent. The men and women in the series naively explore their sexuality without the full knowledge of what it means to be violated, assaulted, and even raped. The show explores the obscure margins between consent and rape, a premise that is rarely examined- let alone dissected on our screens. While becoming aware of these issues, Arabella embarks on a personal journey that validates that a road towards peace is rarely ever pretty. The series persuades viewers to challenge what they’ve been taught about sexual encounters and bridge a healthy relationship between communication and consent.

In the Face of Chaos

Viewers are instantly gripped by the first episode where a powerfully charismatic woman is embarking on a path to become a published writer. By the end of the episode, you are at the edge of your seat as you painstakingly witness Arabella succumb to a dangerous encounter at the local bar fittingly named, Ego Death Bar. It’s impossible to tear your eyes away from the screen as you witness Arabella trying to refocus her attention to professional obligations the following morning but is burdened by mental reels of what happened the night before. Coel further explains why utilizing trauma to creatively explore the path towards healing was necessary for her to create the series. Arabella’s inner monologue becomes blatantly obscure which signifies the chaos that ensues throughout the series. Arabella’s mind slowly unravels as she is struggling to accept her new reality as a rape victim.

Michaela Coel’s ability to embrace vulnerability is part of the show’s ethos of escaping the fear in grief. Coel acutely verbalizes the crippling thoughts that often hinder a victim’s attempt to heal from sexual abuse. She allows Arabella to spiral out of control to a point where she must make the decision on how she will move forward in life. Coel’s unpretentious version of perseverance and vulnerability allows viewers to accept the turbulent road to healing; It’s messy and personal and best freed from judgment. “I changed the narrative, twisting it in my favor.” Michaela Coel makes the uncomfortable become comfortable by fearlessly manipulating the bounds of storytelling to discover the power within facing your trauma and tackling your pain with authenticity.

Comfort is in the Details

Every moment throughout the series feels deliberate and purposeful. The sound story of the series echoes the creative and authentic voice of Coel; The music is intense and provocative and perfectly harmonizes Arabella’s passage. As it happens, Arabella’s wardrobe evolves alongside the stages of her turmoil. We rarely see Arabella wearing heels, a fashion construct that makes it difficult for women to walk on their two feet. In lieu, Arabella is often sporting combat boots that embody her role as a soldier against oppression and a fearless fighter for rape victims. Arabella’s demand for empowerment begins with what she can control.

Arabella’s pink hair at the beginning of the season is a color that subscribes to the generalized belief of femininity. It’s also connected to the night she was assaulted. It is a liberating and iconic scene when viewers first see Arabella with a newly shaved head. It symbolizes how she is summoning the courage to accept her new phase in life and free herself from the baggage forced on her. It is at this moment when Coel redefines what it takes to take control of your story.

Coel’s writing prowess is evident through meaningful symbolism. The writer uses every opportunity to showcase her adept skill of bringing meaning to life’s absurdities. It’s no accident that Arabella’s awakening is on Halloween, a day she decides to face her demons by revisiting the collected evidence from her rape. She continues to write her draft that begins to head in the direction of revealing the complex layers of consent. As for the repetitive affirmation that attests to their friendship, Terry and Bella recite, “Your birth is my birth. Your death is my death.” A perceived vow of unity for women who are struggling to navigate the murky waters of misogyny.

Why We Need More Michaela Coel

Arabella’s journey to enlightenment is characteristically guided by female pillars within her world. Coel employs the authoritative figure of a female police officer, the nurturing nature of a mental health professional, a female-driven podcast the decodes the intricacies of sexual encounters and the solace found within a female-led support group that reaffirms Arabella’s mission to educate herself, and viewers, on the gray areas of sexual consent. Coel provides Arabella the space to reflect on her experience away from the formidable eyes of misogyny.

Coel pushes herself to become emboldened by her experience of being sexually assaulted. She recounts, ‘I think [about] what happened to me… It’s really horrible and f*cked up, and to automatically feel angry, sad, revengeful, those are good things.” Part of Coel’s charm is her ability to avenge her trauma with creativity and nuanced storytelling. ‘I May Destroy You’ mirrors the creator’s determination to live outside the limits of fear.

Despite the demoralizing issues Coel shamelessly combs through, it’s the series’ unrivaled transparency, expert humor, and first of its kind genre that makes it one of the most celebrated shows on television. ‘I May Destroy You’ was immediately greeted with acclaim and an enduring adoration for Coel’s exceptional mind. Michaela Coel’s Emmy win proves her unstoppable genius and anticipation for a career that is limitless.