Jennifer Kent: A Director to Watch 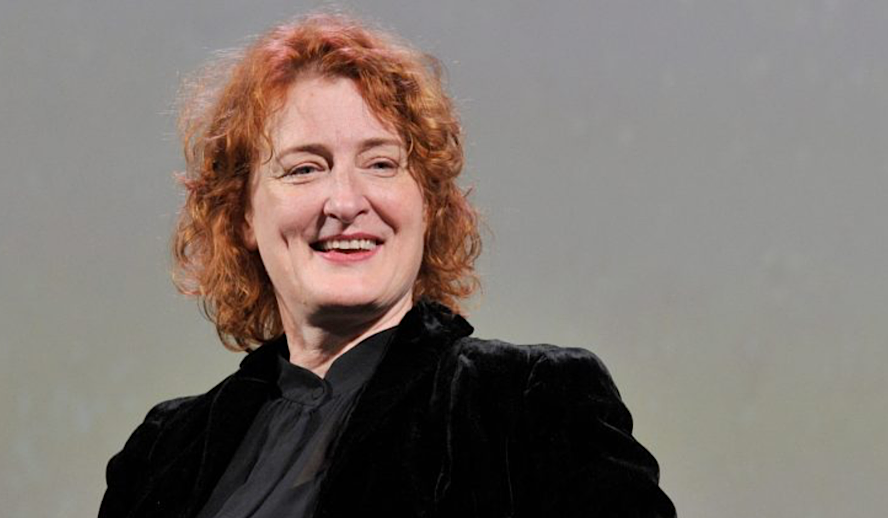 Over the last decade, Australian director Jennifer Kent has certainly made a mark on Cinema. Her first two films, ‘The Babadook’ and ‘The Nightingale’, are both brilliant. Kent is able to tackle difficult subject matter such as familial trauma and colonialism with a healthy blend of grit and tenderness. ‘The Babadook’, Kent’s first film, stands out as one of the better horror films of late. It presents a fairly simple evil-monster premise whilst remaining firmly rooted in themes of mental illness. Kent’s follow-up, ‘The Nightingale’, is an even better and admirably different venture which tackles the horror of British colonialism in Tasmania during the 19th century.

Jennifer Kent’s debut is an intelligent, introspective take on the traditional monster horror story. It centers on a mother, Amelia (Essie Davis), and her son (Noah Wiseman) as they struggle to come to terms with a scarring familial loss. Tensions come to a head when Amelia reads her son a book entitled ‘Mister Babadook’, whose titular monster comes alive to wreak havoc on their relationship.

Firstly, the Babadook itself is suitably creepy. He is scary despite being suggested rather than overtly shown, which is a feature too few horror films are able to pull off. Though rarely visible, the Babadook’s effect on the characters is palpable. The minute the book is introduced, the film’s atmosphere immediately darkens – even in his absence, he is conspicuous. The fact that his appearance is rather comical further adds to the creepiness. The long fingers and top-hat combo are quite goofy on paper but when you see it, it is unsettling.

‘The Babadook’ is impressively successful as a study of mental illness. In fact, it works as much as a drama about depression as it does a horror film, if not more so. The trauma suffered by both central characters is totally believable and unique to their personality. Essie Davis’ portrayal of grief is genuinely unsettling. ‘The Babadook’ knows to keep the horror related to her internal predicament rather than have the monster be a totally external threat. The way the Babadook affects Amelia is the horror, rather than the monster itself. Where most modern horror films simply focus on being scary, ‘The Babadook’ primarily attempts to make you care for the mother and daughter dynamic – none of the scares would work if you weren’t concerned for Amelia and Samuel’s wellbeing, and you certainly are.

If ‘The Babadook’ has a drawback, it is that at times it is perhaps too internal. Though it is impressive that the central threat is the deterioration of the mother/son relationship, this is also what leaves the film feeling more like a drama than a horror film. As a result, the film never truly disturbs even when it remains consistently unsettling. Additionally, it seems to me that the Babadook itself isn’t a literal being but rather a manifestation of inner trauma. As a result, this slightly lessens the immediacy of the threat it carries. That being said, the fact that the nature of the monster is ambiguous strengthens the narrative in other ways. ‘The Babadook’ is certainly creepy. More importantly, though, it is a moving and clear demonstration of Jennifer Kent’s immense directorial talent.

For her second film, Kent admirably shifts gears. ‘The Nightingale’ is a colonial tale of revenge set in 19th century Tasmania. After Clare (Aisling Franciosi) is irrevocably wounded by a British officer (Sam Claflin), she and an Aboriginal tracker named Billy (Baykali Ganambarr) hunt him down, forming an unlikely friendship in the process.

‘The Nightingale’’s portrayal of violence is aggressively unflinching. Every slap, punch, rape, and murder is as genuinely uncomfortable to sit through as it should be. Kent’s approach is clearly to accentuate the horrific consequences of all forms of brutality, and in this respect, it is impossible to deny that she has succeeded in doing so. Where most revenge stories end up celebrating violence, ‘The Nightingale’ forces you to instead question its use at every turn. Vengeance is deliberately unsatisfying and always more problematic than cathartic – in order to progress, Clare must find more substantive healing methods.

Another strength of the film is its ability to treat violence in its colonial context as a multi-layered force. Many different types of suffering are on display. The most successfully presented feature is that of sexual violence. Though notable for being tougher than any similar content I had previously seen, such moments are mainly effective because they avoid titillation – the camera work and performances instead force you to experience the victim’s perspective as closely as you possibly can. For this feature alone ‘The Nightingale’ deserves to be seen because this is a necessary quality too few films are able to achieve.

Additionally, the portrayal of colonial racism is well-handled, especially considering the film is primarily about Clare. It would therefore be easy for ‘The Nightingale’ to merely showcase racism as a backdrop, but it becomes increasingly important to the story. The racial violence is just as brutal as the sexual abuse, and Billy’s suffering is crucial to both his friendship with Clare and to the overall progression of their journey.

The territorial conflict is also well-presented. Without becoming a history lesson, the film immediately suggests the contextual dynamics through visuals and dialogue. The British/Irish conflict adds further bite to Clare’s situation; she is doubly persecuted, both for her gender and her nationality. Officer Hawkins’ evil is explainable in the fact that his country’s exploits have allowed him to behave as ruthlessly and as freely as he wants – even though his evil is extreme, he is still believable as a product of his environment, which keeps him interesting.

Visually, ‘The Nightingale’ is a step up from ‘The Babadook’. Though the dark blue color palette is striking in the former, the latter provides a more engrossing atmosphere. Like all the best period pieces, you never doubt that the events are taking place in the 19th century – the costumes, lighting, and sets make everything look real. The Tasmanian landscapes are beautiful – there is a constant, intriguing contrast between the wonder of the setting and the ugliness of the activity it hosts.

Just like Essie Davis stood out in ‘The Babadook’, so do the lead performers here. Aisling Franciosi and Sam Claflin both have very difficult roles yet they are totally convincing.

‘The Nightingale’ is riskier, and in my opinion, better, than ‘The Babadook’, but it is as a result more difficult to watch. Whereas ‘The Babadook’ tickles your spine, ‘The Nightingale’ plunges you head-first into a pit of despair. It is, ironically, more horrific than ‘The Babadook’ despite not being a horror film. So much of ‘The Nightingale’’s content is overwhelmingly brutal, which explains its limited audience. Though this brutality is certainly the point, it becomes exhausting. Additionally, as a result of accentuating the pointlessness of violence, towards the end, the script itself feels slightly unsure of how to conclude. ‘The Nightingale’ perhaps fizzles out towards the very end, but for a film that is this powerful for the vast majority of its runtime, its slightly weaker conclusion can be forgiven. On the strength of these two films, we should all be excited to see what Jennifer Kent turns her attention to next.