Beyond the Pale: The Six Most Infamous Controversial Horror Films 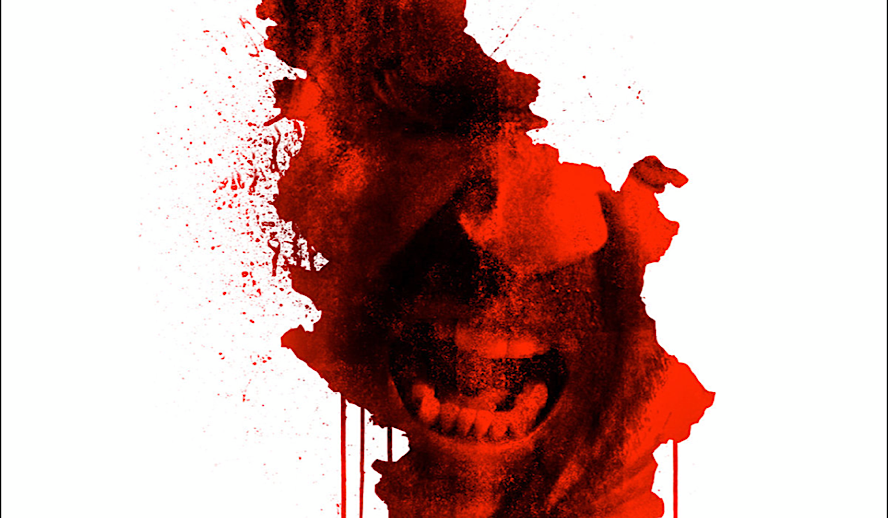 While some films live on in accepted infamy, becoming integrated into our preconceived standards for what a horror film should or should not do, others dare to break the mold. But when does artistic innovation go too far? When does a vision become too violent? What are the implications of films that forsake human courtesy, and go beyond the pale? This article will review a small collection of films that chose a different approach to Cinema, and have been subsequently seared into our collective Cinematic memories for their efforts.

I’ve decided against starting off slow.

In your first foray into debaucherous Cinema, you will quickly and undoubtedly stumble upon ‘Salò’ or ‘The 120 Days of Sodom’. Based on the unfinished 1785 novel by Marquis de Sade, whose name is the literal origin of the word ‘sadist’, ‘Salò’ certainly treats the content of this famously controversial work with as unflinching honesty as the pervert de Sade himself. Imagined through the perspective of influential Italian director Pier Paolo Pasolini, the tale is as simple as it is debaucherous: an esoteric collection of libertines enslave numerous teenagers (with the oldest being 15) for their downright blasphemous sexual whims and desires. Seemingly a raw representation of a man’s sexual perversion and taboo preferences, ‘Salò’ utilizes deviance as an outlet to express broader themes of corruption, totalitarianism, and exploitation. All things considered, controversy is embedded within the narrative of Salò as an enduring tale of sexual perversion, what with utilizing the enslaved bodies of young people to fulfill the aberrant needs of a group of wealthy fascists.

‘Salò’ is so remembered because it doesn’t stop at mere sexual violence (note the sarcasm) like other films on this list, though it does all serve the sexual preferences of the antagonists. This film endeavors into scat, torture, and overall blasphemy, and while this is certainly evocative for the artistic perspective of Pasolini, it is similarly repellant through the sheer caliber of taboo.

A whirlpool of pedophilic deviance, it’s difficult to even discuss the content ‘A Serbian Film’, but this is all apparently not without an overarching purpose. Director Srđan Spasojević crafted the film as an artistic commentary on the way that the Serbian government has exploited their people, just as our protagonist and various victimized characters suffer for the hedonistic desires of an indiscernible elite. This metaphor is stretched beyond the limits of typical morality, indulging in the great, perverse beyond for points that – let’s be honest – could have probably been portrayed with a fraction of this depravity. But hey, that’s art.

There’s a reason that this film touts the tagline ‘banned in 46 countries’, so fresh watchers should beware for a viewing experience worth shielding themselves from. But, that’s for them to decide.

While ‘The Last House on the Left’ is one of the more mainstream on this list, it is no less disturbing in the nature of controversy. The directorial debut of the now-legacy, Wes Craven, it was originally written as an overtly pornographic, pure exploitation film as a vessel to portray raw, senseless violence. After years of war and glamorized violence, he felt that a visceral display of sexual assault and brutality would be the best evocation of the growing cultural misunderstanding towards real, tangible violence and pain.

Populated by a handful of inexperienced actors, with young actresses Sandra Peabody and Lucy Grantham at the forefront, ‘The Last House on the Left’ takes no prisoners in this manmade realm of saturated snuffiness. When two girls on their way to a rock concert stumble upon the evil squad of the sadistic Krug Stillo, they are swept up in a world of violence, assault, and humiliation. This is most remembered through multiple scenes of sexual violence.

Consider this influential, as following the release of the film, critics panned the content for being too vulgar and underlyingly misogynistic in the portrayal of rape and sexual violence. While Craven’s intention may have been to symbolically indulge Cinematic violence for a statement, many seemed to feel that it contributed to a growing acceptance towards Cinematic instances of sexual assault as a cheap and disrespectful avenue for ‘terror’. Whether Craven went too far, well, that’s for you to decide.

Also known by the title ‘Day of the Woman’, ‘I Spit on Your Grave’ is the second on this list of the influx of 70s sexploitation films. It reigns supreme with the longest rape scene in Cinematic history, at roughly 25 minutes long. Directed by Meir Zarchi and starring his eventual wife Camille Keaton, ‘I Spit on Your Grave’ is exorbitantly brutal and brimming with the typical themes of feminine vengeance that is now so integral to any similarly themed film. It also mirrors the structure of the aforementioned ‘The Last House on the Left’, with an innocent young woman endeavoring into the Connecticut countryside in pursuit of private refuge being unfortunately noticed and plotted against by a collection of grimy local men who hope to take advantage of her isolation.

‘I Spit on Your Grave’ is a clear attempt at Cinematic female empowerment, with clear themes of taking back agency after a violent assault, and the satisfaction of sweet, sweet, nuclear revenge on a group of violent gang rapists. While some could argue that this film gives the ‘tortured woman’ power, it does not do so before degrading her as violently as possible. This debate between empowerment and exploitation lives on at the heart of this legacy, and that’s is part of what turned this film into such a memorable cult classic.

Even if you haven’t seen ‘Faces of Death’, the legacy lives on like a DVD collecting dust in the stack of films that you were never allowed to watch. The mockumentary style film consists of a mixture of real and performed death scenes, both animal and human, accident and murder, and the contents go on. Presented as a journey through the many, you guessed it, ‘Faces of Death’, the narrator and pathologist, Francis B. Gröss, is in the process of studying the transitional period between life and death. The macabre footage includes clips of accidents purchased from news stations, suicides, autopsies, and animal deaths, as well as death scenes that were staged by the director, John Alan Schwartz. In fact, one of the most infamous scenes – the monkey brain eating cult being quite memorable to me, personally – were actually orchestrated by a professional cast and crew. I can’t say I’m disappointed.

‘Faces of Death’ remains relevant because of the effect it had at the time, and the compilation style that contributed to it becoming a cult classic. In the 80s, 14-year-old Rod Matthews was sentenced to life in prison after murdering a peer, Shaun Ouillette, in the nearby woods; Matthews would tell a counselor that he decided to kill someone after viewing this film, ‘Faces of Death’, which exposed him to real instances of both human and animal death. While this story is endlessly tragic, it provides some context for the reaction of the public to this instance of ‘immoral Cinema’.

‘Cannibal Holocaust’ was the film that inspired this list. Made during what was termed the ‘cannibal boom’ in Italy, this film about indigenous cannibalistic tribes in the Amazon rainforest is long considered one of the most controversial of all time. It also joins ‘Faces of Death’ in the mondo film genre, where the structure resembles a mockumentary, placing viewers alongside the vulnerable and out-of-place filmmakers in a travelogue format to – in this context – observe the dichotomy of civilization versus uncivilization.

Other than gore and violence, ‘Cannibal Holocaust’ has multiple instances of real animal cruelty. This is what elevates the film to an elite controversial status, as this genuine abuse tilts Cinema towards snuff. Over the course of this film, we see the death of one monkey (though two were killed for the production), one coati, one turtle, one tarantula, one boa constrictor, one squirrel monkey, and one pig. This movie was also confiscated following the premiere in Milan due to concerns of local officials that it was actually a found-footage snuff film; this included a potential human murder change that was, luckily, eventually dropped after a court hearing. Despite the abundantly sinister nature of this exploitation, this combination of true savagery, found footage realism, and enduring symbolism is as close to Cinematic snuff as we are going to get.