Horror Movies With Growing Pains: ‘IT’, ‘Carrie’, and ‘Ginger Snaps’ 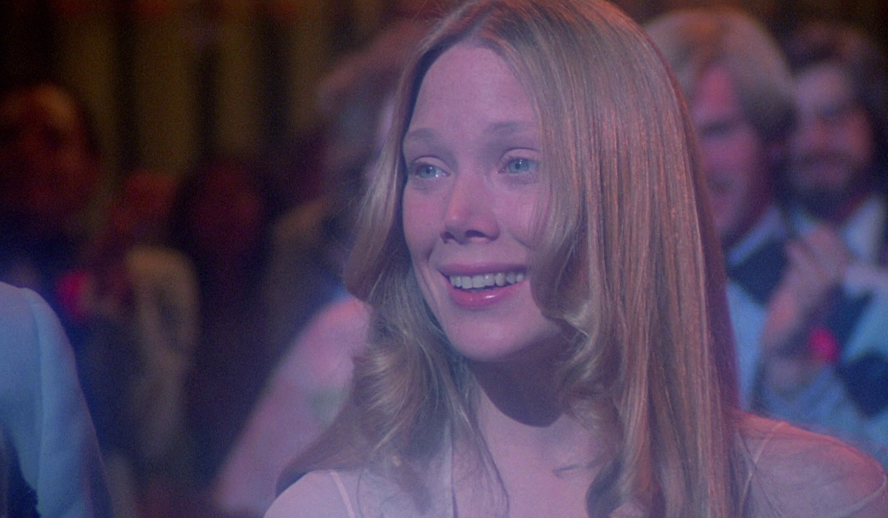 If there’s any sort of collective horror to the human experience – one weathered by all, regardless of class, sex, race, or status – it is the horror of pubescence. Or, coming-of-pubescence, to be more particular. We all suffer through puberty at some time or another, and this ordeal is more traumatic for some of us than others. Throughout Cinema, directors have both marveled and lambasted the between-age time period; like images in a film, the transition from pure childhood into the realm of fraught pubescence results in strange, painful neuroses that become embedded within the core of our being.

Stories like ‘It’, ‘Carrie’, and ‘Ginger Snaps’ are all emblematic of this fear that underlies our collective coming-of-age experiences, and in this article, we’ll use their epochal images to review the most memorable overlapping symbolism between horror and puberty.

Before there was ‘The Shining’, ‘Pet Sematary’, or even ‘It’ there was ‘Carrie’. As Stephen King’s first published story, it encapsulates some of the starkest, most well-known instances of this idea. A young girl, powerful but repressed, finally becomes privy to the strength lying dormant within her.

At the beginning of the first and finest film adaptation of ‘Carrie’, the protagonist, Carrie White (played by Sissy Spacek), gets her very first period at the ripe age of 17. Perpetually under the thumb of her crazed evangelist mother, Carrie is completely uninformed of not only the nature of her menstrual cycle, thinking it to be a terrible affliction. In response to her terrified confusion, the girls in her class pelted her with pads and tampons, chanting at her to “plug it up!”

This experience in Carrie is effective in portraying the cruel and bizarre passage from girlhood to womanhood, one that is fraught with judgement and criticism. Not only is she ridiculed by her peers, but she is deeply repressed from her upbringing. In more ways than one, Carrie is pitifully unaware of the abilities of her own fragile body. As she grows more mature despite the stifling influence of her mother, a set of truly fantastical powers emerge alongside her expanding sense of self. She begins to rebel, growing unruly and difficult to control, a far cry from the demure girl that years of control had long molded her into. If that doesn’t sound like puberty, I don’t know what does.

Whether you’re looking back on the made-for-TV two-part series from 1990 or the modern two-film reimagining, ‘It’ remains one of the most resonant pieces of coming-of-age horror ever made. The original novel, published in 1986, is not only one of his lengthiest works but maybe one of the most culturally memorialized. From Georgie’s boat and raincoat, to Pennywise the Dancing Clown, to The Loser’s Club blood oath, there are a number of images that live on in the form of other films’ Easter eggs and references. But what made ‘It’ so resonant with the general public in the first place?

While ‘It’ isn’t as populated with overt imagery related to coming-of-age – excluding the way Beverly’s bathroom is painted red in the wake of her first fateful interaction with It, come on – this story probes at something far more subliminal. While the children are continuously threatened by the shapeshifting form of It, the adults live amongst it in a state of seemingly willful unawareness. Without the protection or understanding of the people they are so used to relying on, the Loser’s Club must learn how to understand and defeat evil without succumbing to the mind-numbing, passivity of adulthood. Maybe Pennywise the Dancing Clown isn’t some strangely symbolic personification of puberty, but he does represent the sinister forces that lead kids to harden into the stoic adults that run the world.

While the grown-ups are none the wiser, having already completed their transition into apathy, the children try to fight a losing battle against this violent, bewildering essence. ‘It’ also provides a break from the female-heavy themes of ‘Carrie’, instead including a group of young men on the magnified cusp of angst, and a token girl woven into a love triangle with two of our most beloved characters. But in every iteration of ‘It’, there is more to these relationships than the typical boy-likes-girl storyline. They are each intertwined by their unexpected intimate relationship with the thing that terrifies them, regardless of the form that it takes.

In this story, King would also pen one of the most controversial examples of his learned perspective towards the childhood experience: a pre-teen orgy in the sewers. Only through the ultimate crossing-over from childhood to adulthood – the act of sex, that is – can the band of friends reconnect with one another in pursuit of destroying the terrifying, paralyzingly traumatizing It. If there’s anything that puberty will change beyond our body, it is our understanding of the role that our body begins to play in our relationships and our position in the world at large. In one fell swoop, the group collectively sheds the innocence that both bound them together and blinded them from self-assured lucidity, leading them to forge onward and defeat the ultimate evil. Well, at least for the next 25 years, when all of that trauma starts flooding back. Maybe horror movies aren’t that outlandish after all.

‘Ginger Snaps’ is the most biting coming-of-age commentary on this list, and I’m not just saying that because it’s a werewolf movie. Katherine Isabelle and Emily Perkins star as the cynical, macabre-obsessed sisterly duo, Ginger and Bridget Fitzgerald. Only a year apart in age, both are late bloomers, and their disillusionment towards boys, makeup, or other feminine-coded interests are indicative of their disconnection from typical expressions of ‘coming-of-age’ as a girl.

One night, Ginger is attacked by a dog-like figure that hastily retreats after being hit by a van. The next day, both Ginger and Bridget watch in horror as she begins a strange and uncomfortable transformation. Hair begins growing in places that it didn’t before, her behavior becomes erratic, and she finally starts her menstrual cycle – later than average, like Carrie – at the age of 16. Beyond this, she develops an insatiable lust; first, to have sex, but eventually, to feed.

As Ginger crosses the threshold of girl to womanhood, her perspective on her newfound powers begins to shift. Like Carrie, she begins to embrace the feelings that she used to resist, though in this case, it was of her own accord. The community response to this developing edition of Ginger is met with a chilly welcome; female peers degrade her for being a slut, and even her chosen beau condescends her aggression: “whoa, who’s the guy here?”

This seems to be a common theme in the realm of puberty-horror; the reluctance of humanity towards the monstrousness of growing into an adult is represented by a unique individual’s disdain for the concept and the subsequent poetic injustice of their metamorphosis. But then, like with real life, it starts to feel good. It settles into your bones, turning a sharp corner into the new phase of your natural life, and at a certain point you accept that there’s no turning back. In ‘Ginger Snaps’, Ginger symbolizes a girl eaten alive by her own growth, turned inside out by an unnatural, unspeakable force.

– In the 32nd Year Of His Career, Keanu Reeves’ Face Continues To Reign After Launching Movies Earning Over $4.3 Billion In Total – “John Wick”, “Toy Story 4”, “Matrix”, And Many Mor