Almost a Year Since, What Developments Have Been Made in the ‘Rust’ Shooting Incident? Alec Baldwin and Hayla Hutchins 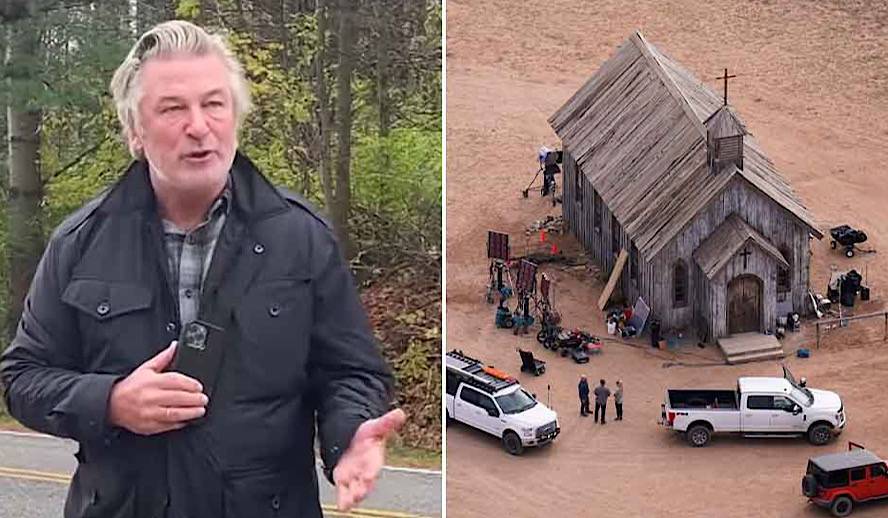 On October 21, 2021, a woman by the name of Halyna Hutchins, a cinematographer for the film ‘Rust,’ was killed during shooting when actor and producer of the film, Alec Baldwin, accidentally discharged a prop revolver. News of the incident had the film industry shaken to the core with celebrities and industry professionals alike giving their condolences for Halyna’s family and berating Baldwin for the lack of safety. Besides the tragic loss of a mother and a member of the industry at the hands of an A-list celebrity, what made the ‘Rust’ shooting incident so fascinating in the public eye was the shroud of mystery around it. For weeks, the public had little to no idea as to how Alec Baldwin managed to accidentally fatally shoot a member of the film’s production with a prop weapon. The public had questions that, for a long time, Baldwin or anyone else involved in the incident refused to answer. Almost a year after taking place, where are we in the ‘Rust’ shooting incident investigation, and what has come from the aftermath?

Background on the ‘Rust’ Shooting

‘Rust,’ currently suspended, is an American Western film directed by Joel Souza and starring Alec Baldwin, Travis Fimmel, Brady Noon, Frances Fisher, Jensen Ackles, and Devon Werkheiser. The film was conceived by Joel Souza and Alec Baldwin, and is also written by the two. The story goes as follows: “In 1880s Kansas, outlaw Harland Rust rescues his thirteen-year-old grandson Lucas, who has been sentenced to hang for murder after an accidental shooting. Now fugitives, the pair have to outrun U.S. Marshal Wood Helm and bounty hunter Fenton ‘Preacher’ Lang.” Since the film was still in production, it was unsure what the film was rated or what the original release date would be. The only visuals released from ‘Rust’ are photos from the set.

In 2020, Alec Baldwin made announcements that he would produce and star in the upcoming film and it would be produced on a budget of around $7 million dollars, a significantly small sum for a Hollywood motion picture. Baldwin had mentioned that this film was going to be more of a passion project in an interview and that he was ready to ride horses and put to use his ‘old school’ acting skills. At first, everything seemed to be going well until production started and everything began to fall apart.

Long before there was ever an incident on the ‘Rust’ set, there were a number of violations and issues with production all around. For starters, it was stated in an interview with Lane Luper, the A-camera first assistant on ‘Rust,’ that the shooting schedule was extremely short so the days were long and filming was rushed. Instead of rehearsing big shots, Lane said that they were forced to just get takes and move on. To better explain how quickly production was moving, the average western may shoot two to four pages in a single day. However, ‘Rust’ was shooting between five to eight on a given day. Because production was moving so quickly, safety precautions, such as keeping masks on during COVID, were often ignored. Along with this, many crew members to this day state they were never fully paid for the work they were doing on the project. After everything they were put through, six camera crew workers walked off set to protest the terrible work conditions. The crew who walked out arrived to work on time with equipment and proceeded to leave shortly after.

On October 21, in Bonanza Creek Ranch outside of Santa Fe, New Mexico, ‘Rust’ was having a regular shooting day. Baldwin described that he had picked up the prop gun, a Colt .45, and had believed the gun to be cold (a term meaning not loaded – the opposite of hot). Baldwin had cocked the gun, but never pulled the trigger. The gun fired a live bullet and struck both Halyna and director Joel Souza. Souza was injured, but survived.

It is questionable as to how true Baldwin’s comments were regarding the weapon, as the gun was found to be in terrible condition and not completely functional. Along with this, discharging the gun without pulling the trigger is almost virtually impossible to do, considering the gun was in Baldwin’s hand. Because Baldwin claimed he did not pull the trigger, the FBI has no way of recreating the events in order to understand what exactly happened. In an interview with Santa Fe County Sheriff Adan Mendoza, Mendoza said that “Guns don’t just go off. So whatever needs to happen to manipulate the firearm, he did that and it was in his hands.” From Mendoza’s statements, we can infer that the Santa Fe County Police are struggling to believe Baldwin’s story, and rightfully so: there are clearly pieces missing from this puzzle.

Part of the ongoing investigation is into why exactly there were real bullets in the gun, why there were real bullets on the set, how the prop gun managed to fire when Baldwin claimed that he had never pulled the trigger, and why Baldwin and others did not take more safety precautions. Assistant director Dave Halls, set armorer Hannah Guitierrez Reed, and the ammo/revolver provider Seth Kenney are all also under investigation for their involvements. At this moment, no one has claimed responsibility for this incident, especially Baldwin, who has stated he is not to be blamed for this. Despite their claims, it seems that anyone who played any involvement in the handling of these weapons and the producers on set played some kind of part in this tragedy. While there might not be a singular person who can take the blame, it was clear to other crew members and Halyna herself that safety was not as prioritized by Baldwin and others as much as it needed to be. With developments still to be made, we can only hope justice will be served for Halyna and that something like this may never happen on a film set again.