‘Voices of Fire’: A Message of Unity in Uncertain Times – A Humanistic Look into the Power of Song 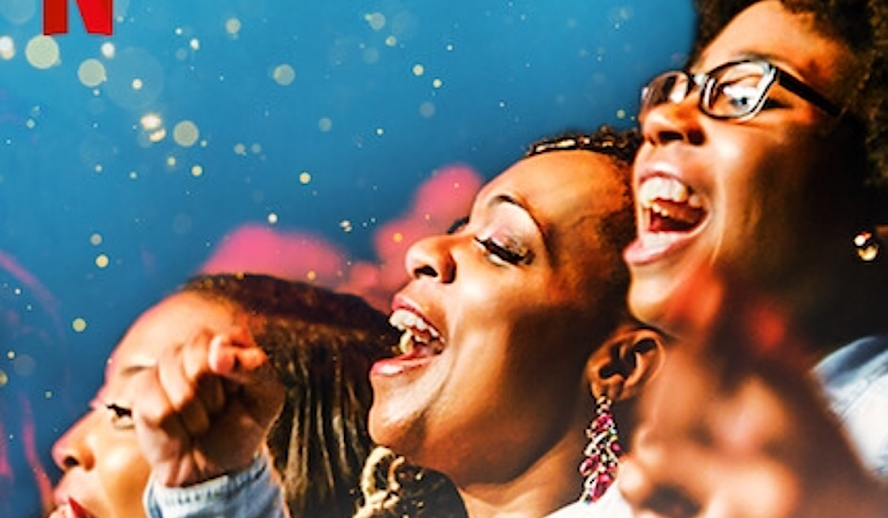 I’m going to be entirely upfront with you, as a native of the Bay Area, I know very little about gospel music. In fact, I know very little about daily life in southern American states at all. So, as you can imagine, I was in for quite the culture shock when watching Pharrell Williams’ new show Voices of Fire. The show centers around Pharrell’s uncle, Bishop Ezekiel Williams, in his quest to build the perfect gospel choir. Through the ups and downs of auditions, rehearsals, and the debut concert, Bishop Ezekiel Williams and his team of all-star vocal leaders maintain a message of hope, community, and love through the beautiful songs they feature. Ultimately, the passion behind this choir reflects in the show, making it an inspiring and uplifting watch for everyone.

‘Voices of Fire’ – Local Talent at its Finest

The first thing that stuck out is the absolutely incredible singers that the team of judges audition. The first three episodes of the series focus on the audition process itself, and the many different people that come to sing gospel. The passion of each singer who auditions is palpable; they sing with such beauty and grace, it is sure to wet the eyes of any viewer. Each song has a clear personal meaning to the singers that shines when they sing. The show also makes a point to highlight individual choir-hopefuls and their stories of perseverance. For example, one of the auditionees the crew chooses to cover is Marcus, a man who suffered an accident at a young age and overcame a diagnosis of full-body paralysis.

Unlike shows like American Idol, the backstories on Voices of Fire feel genuine. They feel like impactful moments of hardship in these peoples’ lives that deeply affect their well-being. You feel their pain and suffering right alongside them, it never seems manufactured for the drama. The time the show spends fleshing out the choir participants makes it extremely compelling, they feel like real, genuine people that want to succeed in the choir. We feel connected to them through their passion and hope. Not to mention, when the singers finally open their mouths during the auditions, they sound absolutely beautiful. I, a self-proclaimed non-crier, was personally moved to tears on more than one occasion by the sheer power of some of the choir members’ voices. These people are, as Pharrell Williams puts it, “unicorns.”

There was not one audition featured on the show that didn’t blow me away, they were all phenomenal. To top it all off, the show takes place in Hampton Roads, Virginia, and tries to feature all the local talent they can. Most of the choir-hopefuls are from surrounding towns in Virginia, or from Hampton Roads itself. This emphasis on local talent really intensifies the sense of community that Bishop Ezekiel Williams is trying to achieve with the choir; he wants it to feel Southern, traditional, yet diverse in its membership body and fit for modern times. In a time when political disillusionment and lack of unity ravage America, it is refreshing to see a push for local community connection. Once again, the passion of the choir members and their leaders shines in this show and transcends the television screen, infecting each viewer with an overwhelming sense of inspiration.

Though the judges’ passion for the choir is clear from the beginning, the show does not shy away from revealing difficult moments of decision that accompany the selection process for the choir. With over three-hundred auditions and only seventy-five spots in the choir, the judges are prepared to be critical from the beginning. The show does an excellent job of giving viewers a behind-the-scenes look at the judges’ deliberation over who to allow in the choir. It depicts them weighing the pros and cons of certain people, discussing their stage presence as well as vocal range.

Ultimately, the judges are forced to make difficult decisions regarding the choir participants, but they seem to do it in a fair way, explaining their reasoning through talking-head interviews. The transparency with how the choir participants are selected also makes the show more compelling as we feel almost caught between the hopes and dreams of the singers and the big-picture perspective of the choir directors. We want this golden opportunity for each hopeful, yet we understand that the choir needs to sound harmonious: everyone needs to fit together for the project to work.

Editing is Key for Efficient Storytelling

Another major factor in the success of this project is editing. Unlike traditional reality television shows, Voices of Fire specifically avoids repetitive editing. This is a miniseries after all, and thus, it’s meant to be binge-watched. The editing is fast-paced, it keeps the show moving along quickly and the action progressing. It is always entertaining to watch, yet feels slow enough to showcase its stars in a natural way. The structure of the miniseries itself is also worth a mention; at six episodes totaling between thirty and forty minutes in length, it is forced to be efficient, and efficient it is. Each episode has a clear set purpose, such as the first three episodes, which are dedicated to the three days of auditions, respectively.

At the end of the third episode, the judges decide on the members of the choir, finalizing their initial cuts. The fourth episode focuses on the choir members during rehearsals with the looming threat of “shaking the tree” hanging over their heads. Each episode has a clearly stated end goal and with each goal accomplished, the choir moves closer to the debut concert. It is impressively swift in its pacing, keeping the viewer gasping at episode cliffhangers, begging themselves not to press “next” on the Netflix screen.

At its core, Voices of Fire is a passion project. The choir is Bishop Ezekiel Williams’ dream, it’s his vision for a message of hope and faith in times of uncertainty. The show, in turn, is the real-time, genuine documentation of this passion project brought to life. We the audience feel the highs and lows of the choir’s journey right alongside the members. We see their excitement when they get accepted and their disappointment at getting sent home because they are real people with wholesome dreams of singing professionally. It’s simply amazing to watch the power of their passion reflect through their voices. The series as a whole is successful in regards to its fulfillment of Bishop’s goal: spread unity, diversity, hope, and love through song.