The Era of Sally Rooney: The Poetic Writer of Hits Such As ‘Normal People’ and ‘Conversations With Friends’ 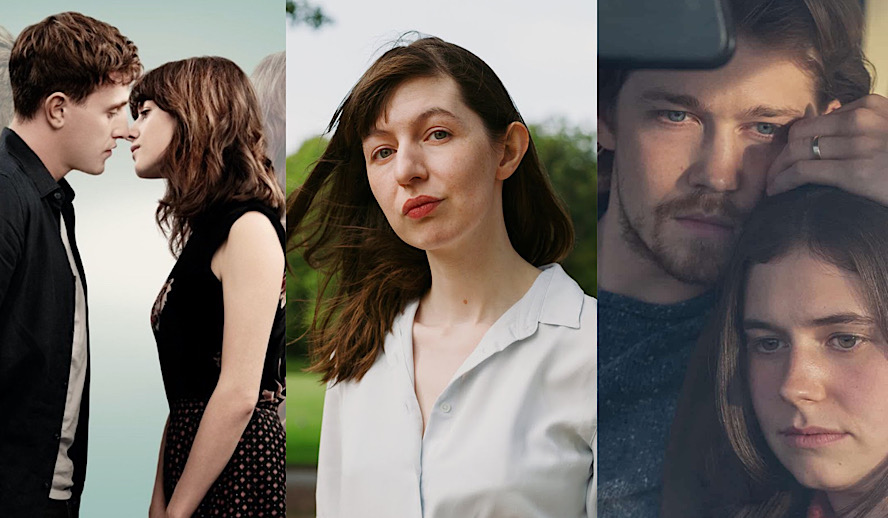 Sally Rooney is more than a millennial whisperer; she’s a compelling novelist with the innate ability to compose connectivity between love and the constant fear of feeling detached from generational expectations. Rooney’s writing encapsulates the millennial-induced angst of feeling outside the lines of conventionality. Her novels are a self-reflection of vulnerability and how that translates to a constant appetite for tenderness. Her fictional use of intimacy rejects the sexual exploitation of her characters, but rather, they are healed through their unconventional approach to intimacy rather than being destroyed by it. Rooney’s prose is a study on love based on reciprocated desire along with collective loneliness. However, it would be a disservice to consolidate Rooney’s literary talents to a singular generation; her characters are often depicted emotionally and mentally beyond their years in terms of maturity and philosophical ideals.

With the success of Hulu’s ‘Normal People,’ Rooney’s first novel, ‘Conversations with Friends,’ just wrapped filming with Joe Alwyn leading the cast of a poignant narrative that explores transgressive romance. The British actor praises Rooney, “Sally’s mind is just so brilliant… testing the boundaries of how we love, how we are able to love, how we are able-or not-to function within structures that we have been taught. And her refusal to tie things up neatly or offer definite solutions.’ Those familiar with Sally Rooney are aware that the writer is rarely opposed to confronting fragile notions of sexual exploration, domestic abuse, and adultery. For better or worse, Rooney often incorporates complicated encounters that lead her characters toward the promise of individuality.

Rightly so, many have appointed Sally Rooney as a cognizant voice for modern literature. Arguably, those familiar with classic British literature may agree that Rooney’s portrayal of passion and sexual relationships resembles the expressive and purposeful writing of D.H. Lawrence, writer of ‘Lady Chatterley’s Lover.’ More specifically, Rooney’s work eloquently gazes toward inner trauma. We also witness Rooney explore how class and social capital affect how we communicate with ourselves and with lovers.

The visceral chemistry between Connell and Marianne is rooted in their shared sense of remoteness, despite the disparity in their social and economic standings and their mutual emotional isolation. That is, they share an uncanny capacity to acknowledge their anxiety, and by doing so, they instinctively shield the outer world from their inner turmoil, except each other. Rooney beautifully expresses the closeness between the two lovers, “All these years, they’ve been like two little plants sharing the same plot of soil, growing around one another, contorting to make room, taking certain unlikely positions.” That cerebral sense of security breeds all-consuming energy that readers and viewers can’t get enough of.

In her upcoming series, ‘Conversations with Friends,’ the lead heroine, Frances, and her best friend Bobbi are twenty-something Trinity students who regularly engage in observational and philosophical banter. They ruminate on the significance of gender, politics, and love. Frances finds solace with a married man, Nick, who equivocally reciprocates those feelings for her. They embark on an emotional affair, shown through emails and text messages, which painstakingly evolves into a sexual relationship with Frances questioning what she deserves out of love. Frances is coming to terms with how she feels and is coming to terms with what she expects out of love. The novel depicts how easily love could alter our self-impressions and how we could heal by opening ourselves to meaningful conversations and encounters. Rooney probes and picks apart the taboo, “Is it possible we could develop an alternative model of loving each other?”

Naturally, Sally Rooney has effortlessly accumulated a cult following of admirers who find a sense of reprieve in the vulnerability and relatability the author transmits through her characters. Their hyper-awareness of what they feel and want is a visceral experience wonderfully interpreted in Hulu’s ‘Normal People.’ The series captures those little touches of milieu that are cherished and celebrated by Rooney fans. Connell’s chain went viral and is now digitally memorialized with an Instagram account named @connellschain.

What makes us love?  How can we grow from intimacy?

Rooney poses honest inquiries and plays with the theme of uncertainty. There’s a poetic precision that floats through the pages of Rooney’s novel. Every word and every sentiment feel purposeful and meditative. ‘Normal People’ casting plucked out Paul Mescal and Daisy Edgar-Jones, who gave heartbreaking and piercingly moving performances. ‘Conversations with Friends’ features a more distinguished cast that features the notable faces of Joe Alwyn, Jemima Kirke, and Sasha Lane. Playing the book’s heroine will be newcomer Alison Oliver, whose theater experience will surely assist her in breaking down the emotionally complex character of Frances and how she self-examines herself and her relationship with Nick.

With her upcoming second series, Sally Rooney just released her third novel, ‘Beautiful World, Where Are You,’ proving how closely linked Rooney’s writing is to her personal life. She’s at a stage in her life where she’s adapting to a new life of fame and recognition but still challenging herself with difficult questions in her newly released novel. “Of course, I know in my brain that everything we tell ourselves about human civilization is a lie. But imagine having to find out in real life.”

There’s a voyeur-esque element to Rooney’s novels. Readers and audiences feel as if they’ve been granted access to the most intimate and delicate moments in the lives of her beloved characters. At the crux of her writing is Rooney’s artistic curiosity. How should we measure success? Are we limiting our understanding of happiness based on what society has taught us? How can we fearlessly participate in meaningful dialogue that will help expand our points of view? There’s a sense of freedom in the transparency shared between her characters.

Interestingly, Rooney’s repetitive musing is methodically found within the pages of ‘Conversations with Friends,’ “You can love more than one person, she said. That’s arguable. Why is it any different from having more than one friend? You’re friends with me and you also have other friends, does that mean you don’t really value me?”