Must Watch: ‘Immigration Nation’ is Heart-Wrenching and Eye-Opening 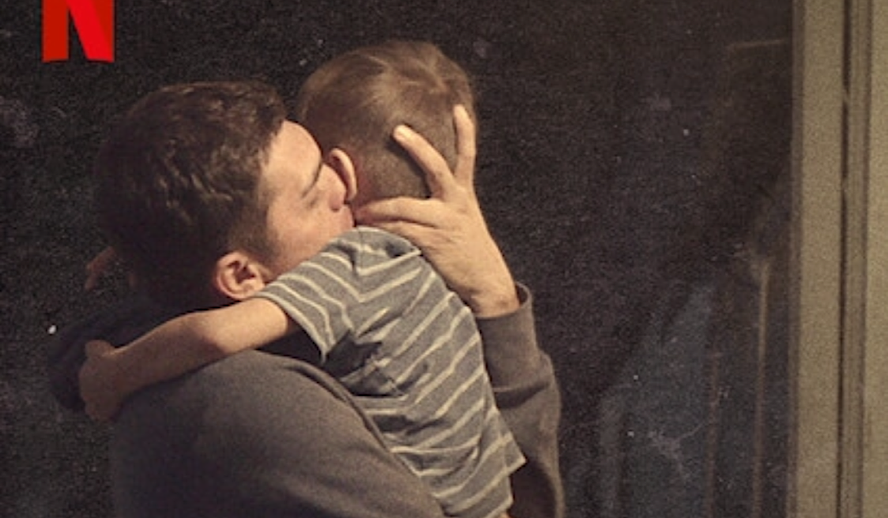 I don’t usually have a hard time watching films or TV shows. I can handle violence, blood, and gore. I can deal with difficult subject matter, like the Holocaust or slavery. But Immigration Nation was different. I had to pause it multiple times so that I wouldn’t be overwhelmed. I almost shed tears. Some friends actually did let them out as they watched.

This Netflix miniseries is simultaneously informing, enraging, and haunting as it shows the Trump administration’s cruel impact on immigration in the United States. Essentially, Immigration Customs Enforcement (ICE) has been ordered to detain and deport as many illegal immigrants as it can, including those without criminal records. In addition, for a period of time ICE agents were ordered to separate children from detained parents. It’s hard to explain how painful it was to watch those kids crying due to being ripped away from their parents. I kept thinking how many of them look like me, and that this could have been my situation if I had been born into different circumstances.

The footage constantly switches between interviews of ICE officers/employees and those of immigrants. Some of the ICE officials are more like-able than others, but one thing is for sure: this series does not paint ICE in a good light. To paraphrase one of the interviewees: “The agency is made up of a bunch of normal people each doing small jobs, but all of those jobs add up into a problematic organization.”

A recurring refrain in the ICE interviews is: “Look, I’m just following orders. I don’t make the rules.” It’s a fair point, but there’s really more to it than that. Sometimes the agents let their guard down, and they say things like “I do enjoy my job. I like to find people that are removable and remove them.” Of course, they also give the speech about “keeping the community safe.”

Who are the ones that actually deserve to get deported?

The question I ask myself is how does it keep us safe to deport non-criminals? The hardworking small-business owners with young kids? Are they such a threat to society? Apparently they are to the Trump administration. Throughout the series, ICE officials emphasized how the rules changed dramatically when Trump took office. While under Obama the focus was on deporting those with criminal records, under Trump, an immigrant’s unblemished record will not protect him.

Of course, not every undocumented immigrant is the amiable small-business owner. There are violent and dangerous criminals, and these people are certainly “removeable.” But what about the U.S. Marine veteran in Episode 3? He was deported for marijuana possession after serving the country in which he grew up. Did he deserve to get kicked out? And now marijuana is being legalized in multiple states and headed to become one of the most profitable industries – how was it justifiable to deport an upstanding Marine on a simple possession charge?

What do they consider to be a crime?

This brings us to the issue of what constitutes a “criminal offense.” It’s used in such broad terms that it can mean a murder or a speeding ticket. Never mind that one is a much higher-level offense than the other; they’re both considered criminal. Multiple immigrants talked about how they’re scared to drive and get pulled over, or get a ticket. Any miniscule mistake – one that many of us would be hard-pressed to say we’ve never committed – can mean they have to go back to their home country, from which they are often trying to escape  untenable living conditions — from lack of food, water, and shelter to sexual assault, gang violence, war, and forced labor.

One of the saddest moments was when an immigrant said he thinks “the American Dream is really more like the American Nightmare.” The U.S. has done a good job of creating an aura around it – painting it as a place where you make your dreams come true. But for these individuals, it doesn’t quite work out the way they had hoped.

Making the laws vs. enforcing them | ‘Immigration Nation’

To be fair, some ICE officials seemed decent. One of them explained how her team isn’t involved in separating families, and that she makes sure to let them say goodbye and hug each other before officials arrest them. An immigrant being held in a detention center even admitted that he didn’t really have an issue with the officers themselves. “Their hands are tied around their back,” he said. “Some of them want to help, but they can’t. The real problem is at the top, the people making the laws.”

I’m still shaken by the parents uncontrollably sobbing because they hadn’t seen their kids for months. One of the ICE officers made a poor attempt of justifying the separation law, saying how if someone got booked for drunk driving, he would also be temporarily separated from his kids while in a holding cell. The difference is, no one forces people to drive drunk. However, many illegal immigrants are forced to flee their country due to the conditions noted above. While the family separation policy supposedly ended by executive order in June, “at least 700 more families have been separated since then, and at least five children have died.” Empathy for marginalized people does not seem to play a big role in the current administration.

Fear is prevalent throughout the series

Several people – including those in support of the immigrants as well as ICE agents – mentioned throughout the series how they think the Trump administration is trying to instill fear. One of the ICE officials theorized that “the administration probably hopes the word about stricter laws gets out internationally, and that those laws will stop the immigrants from coming.” Unfortunately, the “stricter laws” also scare immigrants who are here already from following through with the citizenship process. Many of them explain in their interviews that they’re afraid that if they have any interaction with ICE at all, they’ll get deported.

Perhaps some Americans will try to write off Immigration Nation as liberal propaganda. But if they actually watch it, they may be surprised. While it’s true that the series is presented in a way that favors the immigrants’ cause, ICE gets the chance to say its piece in every episode. The truth is, the filmmakers were careful to show both sides of the argument. Ultimately, viewers are free to pick what side they are on, based on the facts presented.