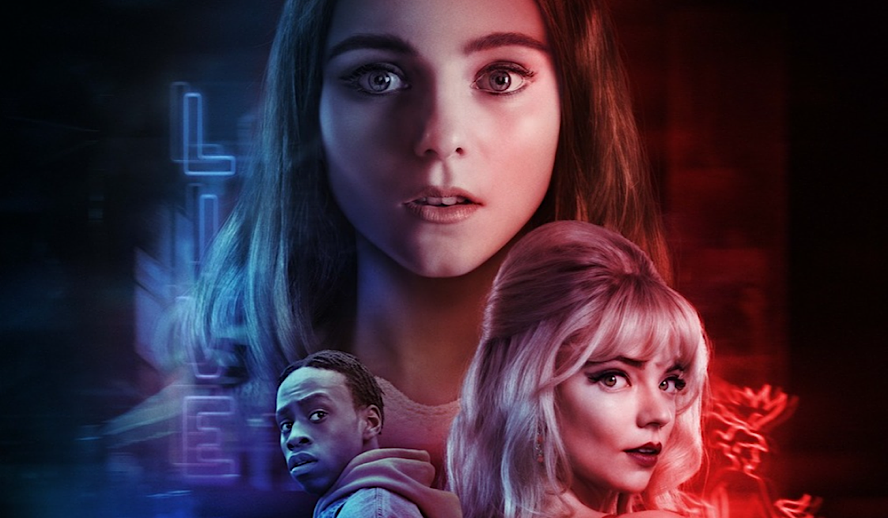 The highly anticipated psychological thriller ‘Last Night In Soho’ will have its theatrical release on October 29th, distributed by Universal Pictures and Focus Features. The film features two of the biggest rising stars of the moment, Anya Taylor- Joy and Thomasin McKenzie. Edgar Wright, known for his films such as ‘Baby Driver’ and ‘Shaun of the Dead’, acts as both the director and co-writer, and utilizes many of his signature elements that have appeared in his previous work. ‘Last Night In Soho’ premiered at the 78th annual Venice Film Festival and received generally positive reviews.

Eloise “Ellie”, played by Thomasin McKenzie, dreams of becoming a fashion designer. She decides to move to London in order to pursue her passion and attend The London College of Fashion, following in her late mother’s footsteps. Her mother also went to London to pursue fashion design, but died of suicide. Eloise is haunted by the her ghost, and clearly suffers the mental health repercussions of her ophaning. Her grandmother Peggy, played by Rita Tushingham, worries about Ellie and fears that she will suffer similar to her mother who we later learn dealt with schizophrenia. She is warned several times that “London can be a lot”. When Ellie goes to school, she sees the truth in her grandmother’s worries as she is met with criticism from her classmates who make fun of her homemade clothes and her upbringing in Cornwall. Eloise rents her own old and warn-down flat, perhaps the first indication of fantasy in the film, and begins settling into the new life she’d always dreamt of.

Because of her grandmother’s influence, Eloise loves the culture of the 1960s: the fashion, the music, and the excitement of the Swinging ‘60s in London. Her bedroom at her grandmother’s house is adorned with posters of Twiggy and Audrey Hepburn, and the opening scene she dances along to Peter and Gordon’s 1964 song “A World Without Love”. Her passion for the culture manifest itself in her dreams, which transport her back in time to 1966 London. Sandy, a glamorous, confident singer (played by Taylor- Joy), is different than Eloise.

She owns a room when she walks into it with her bombshell looks and attitude to match. Sometimes Eloise watches Sandy across the room, sometimes Sandy will look in the mirror and Eloise looks back, and sometimes Eloise is Sandy. Eloise loves being transported to a place she has always fantasized about, until the glamour starts to fade and the line between fantasy and reality begin to blur. Eloise starts seeing signs that Sandy’s life may have been darker than she first imagined, and her dreams turn into nightmares when her nostalgia for the past becomes a very real danger.

There are many aspects of the film that work, one being the casting for the two main characters. Wright started thinkingt of Taylor-Joy after seeing her in the horror film ‘The Witch’ during the 2015 Sundance Film Festival, initially for the part of Eloise although eventually coming around to the idea of Sandy. Taylor-Joy joined in 2019, and shortly after McKenzie joined as well.  Hollywood Reporter writes, “None of this would work, however, without two absolutely compelling leads, playing flip-side personalities whose parallel vulnerabilities ultimately collide. The two women mirror the contrasts of Soho, between its red-light district heyday and its gentrified present-day image of streets lined with upscale private arts clubs, restaurants, and media haunts.”

McKenzie caught Wright’s eye with her subtle performance as Tom in the drama ‘Leave No Trace’. The roles, according to film critic Roger Ebert, of the two characters are not unlike each other. “She’s a stranger caught in a strange land, trying to mend her disconnection from a parent. She uses her nostalgia for the ’60s as a safety net, eventually buying clothes from the era and changing her hair blonde,” said Ebert. Taylor-Joy is fresh off of the success of the show ‘The Queen’s Gambit’, just another example of how she looks excellent in 60’s attire, which was nominated for 18 Emmys including Outstanding Actress In A Limited Series for Taylor- Joy.

Edgar Wright is the director of the film, as well as co-writer alongside Krysty Wilson-Cairns (the writer of ‘1917’). Wright is known for his stylized films, often utilizing a strong soundtrack, off-beat humor, and playing with pastiche. IndieWire writes, “Edgar Wright’s long-awaited new film has plenty of what you might call The Wright Stuff. That is, it mixes comedy with more nerve-racking genres, it bursts with his love of pop culture, it explores his mixed feelings about the lure and the risk of nostalgia, and it includes several of his other favorite subjects, including London life and dodgy pubs.”

His films are often a combination of several genres, take for example the underground hit ‘Scott Pilgrim vs. The World’ which combined elements of comic book fantasy, comedy, original music, and action. ‘Shaun of the Dead’, another one of Wright’s works, pays homage to classic zombie films, blending classic horror and apocalypse themes with comedy, and maybe it’s possible that comedy may just come with whatever Wright does. ‘The Last Night In Soho’ has humor, alongside gore, jumpscares, aesthetically pleasing costume and set design, and psychological thriller. However, unlike his previous work, this is his first feature with a woman at the forefront. The themes of the film play into the commodification of females, especially those trying to work their way up in the showbiz industry.

Roger Ebert writes, “Wright wants to make this film not just as warning against blind nostalgia, but a critique of grubby, toxic men.” The hypnotic visuals created by cinematographer Chung-Hoon Chung give the film a highly stylized feel, using red and blue lights to create the visual excitement of a nostalgic time, and then transitions into an eerie visually distinctive presence. Rotten Tomatoes calls the film Wright’s most stylish and ambitious work to date. IndieWire said, “Left behind is his trademark hyperactive editing and insistent postmodernism; in its place is flowing movement and intense emotion. It’s not just different from his previous films; it’s different from everyone else’s previous films.”