‘As We See It’: Navigating Neurodivergence in the Day-to-Day 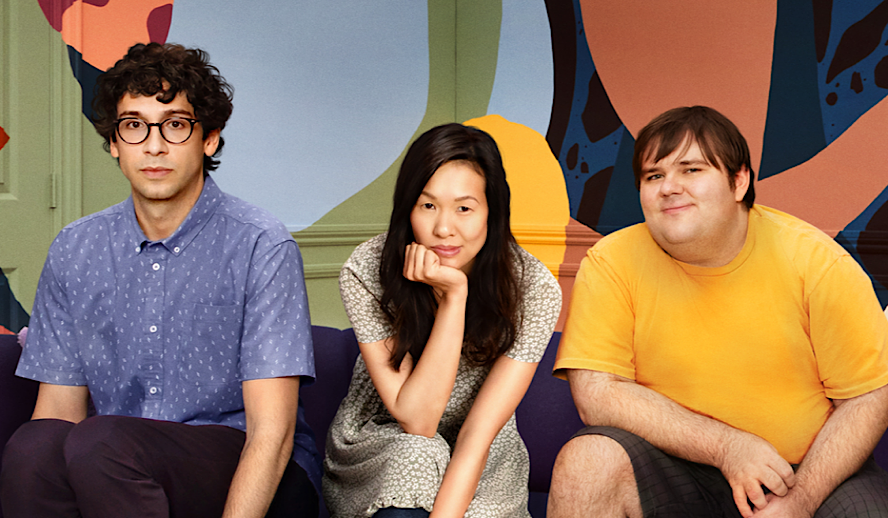 Downfalls & Victories: Big, Small, and Everything In between

In the eight-part Prime Video series, ‘As We See It’, three roomies in their mid-20s – Jack (Rick Glassman), Violet (Sue Ann Pien), and Harrison (Albert Rutecki) – are all learning to navigate their lives in a world that can sometimes be unyielding, overstimulating, and downright uncomfortable. These three have one thing in common: they are all on the Autistic spectrum. What ensues from this set up is a tale of learning, camaraderie, and tenderness in the face of adversity and navigating a world so structured for neurotypicality.

‘As We See It’ – Authentically Cast and Much-Deserved Representation

The characters in this series are complementary and distinct, different from one another not only in mannerisms but in attitude. Jack is deeply intelligent but blunt to a fault, to the point that he can tend to cross the line of offense with his peers and coworkers. He isn’t mean-spirited, just true to his thoughts and feelings without a filter. Violet is a sweet and eccentric Arby’s ‘sandwich technician’ who hopes to seek out a boyfriend to lead a “normal life”, but struggles to make that connection with someone that appreciates and understands her, as well as figure out how to subvert what she perceives to be stifling efforts from her protective older brother (played by Chris Pang). Harrison is funny and kind, often overloaded by the intensity of his own senses, open-minded, and learning to grapple against the pressure of running outside errands.

Each of the actors playing these characters is also actually on the Autistic spectrum, which is a wonderful example of allowing marginalized performers to tell their own story, especially with shows like ‘Atypical’ often considered the best sources of ‘authentic’ Autistic ‘representation’, despite starring a neurotypical actor. Because of this, ‘As We See It’ feels organic and light-hearted where it could have erred clinical or out-of-touch, even when things are ‘serious’, given that it’s more focused on showing much more genuine experiences above all else. Piloting through the perils of career, friendship, and romance, the situations presented are often as wholesome as they are awkward, speaking to anxieties that we all have, whether they stem from inside or from dealing with others.

The roommates work towards their goals and synthesize their problems with the help of Mandy (Sosie Bacon), an aspiring neurologist. Bacon and her portrayal of Mandy is refreshing, with her sympathy and patience imbuing the series with a much-needed, natural tone of compassion. I will say, however, the real turn of Harrison’s storyline is mostly transplanted to Mandy as a sort of “savior” trope that left a bad taste in my mouth on further reflection. While I am in no educated place to say what is or isn’t right in terms of portraying treatment, or in what is the very best way to support a person on the Autistic spectrum, with the addition of the “savior” character comes a degradation of autonomy for whoever is being “saved”.

In using the stories as an axis for her own neurotypical self-realization, I wonder if there couldn’t be slightly more nuance towards Mandy and her evolution in comparison/contrast to that of Jack, Violet, and Harrison; this is to say, there’s surely a way to illustrate their relationship in a way that is appropriate to the main characters without removing the relevance of the Mandy as a supporting character. That’s all that I’ll say about that.

Beyond this, the experiences of their loved ones are illuminated, giving many different angles to the perspective of life navigating the boundaries between Jack, Violet, Harrison, and their families. From Jack and his father – who is diagnosed with terminal cancer and enduring chemotherapy – to Violet and her brother – who can’t seem to help but constrict Violet due to his own worries for her emotional wellbeing, the families provide a sounding board for what it means to learn to understand the people that you love – for your own sake, and for theirs.

The visuals are crisp, though very neutral, and most of the aesthetic impression lies in the writing and acting. In terms of editing, there were a few moments at the beginning of the series where the audio emerges in a detailed, prodding surround sound, attempting to mirror the overstimulation experienced by our characters during day-to-day life. Their lived-in perspective was important to me, and any opportunity to embody their mindset felt like a step in the right direction towards integrating their feelings into the series rather than just “looking upon” them as an outsider.

The Perils of Defining Normalcy: A Learning, Likable Trio

‘As We See It’ – as indicated by the title – explores the perspective of a group that often feels under or misrepresented in mainstream media. It allows for a variety of experiences through our collection of well-casted main characters, ones that shed light on the oft-obscured aspects of society that we may or may not all have the opportunity to experience. There are moments that are so personal – the desire to fit in, to intimately connect with another person, to be yourself and be accepted for such – and there are also moments that tug on your heartstrings because of how well they are tailored for the evolution of these unique personalities that you come to know and love. This first season is a strong debut for these characters and their stories, and I encourage anyone who wants entertaining (and heart-wrenching) insight into the lifestyle of this deeply likable, neurodivergent trio.